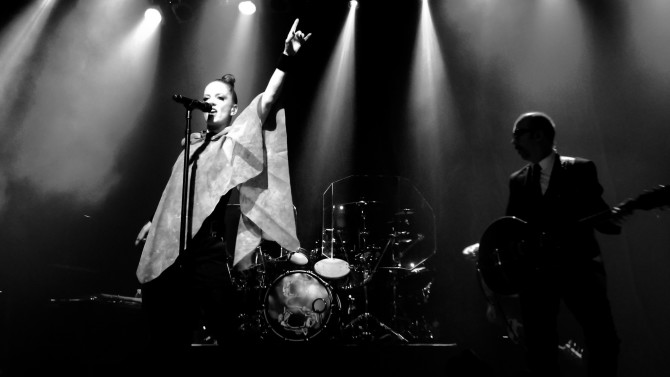 We were all expecting Garbage to reply to the open letter photographer Pat Pope shared yesterday, after he received a request from the band’s management company to use some of his photos in a book for nothing more than “proper credit”. In Pope’s letter to the band, he explained why he felt photographers were just as entitled to payment for their work as musicians were, and asked the band if they, too, felt the same. Check out this story from yesterday to read Pope’s original letter.

Today, the band shared their own open letter to Pope on their Facebook page. You can read at length, here.

In my opinion, the band really missed an opportunity to produce a thoughtful counter to Pope’s very persuasive and well written letter. For starters, they should never have even mentioned Amanda Palmer. Palmer, as some of you may know drew a lot of negative attention when it was made public that she wasn’t planning on paying any of the musicians in her band after raking in over $1.2M in crowdfunding to support the album she was making at the time. Seeing Palmer’s name mentioned in Garbage’s letter is pretty much a deal breaker for many. So, to summarize…the individual Garbage says they are taking direction from is most notable for not paying artists. Let that marinate for a minute.

Another issues I take with the response is that the band brings up the fact they have already paid for the photoshoot back in the 1990’s. If they felt they already owned the photo, it’s not clear why they were asking for permission to use it again in the first place. Paying for a photoshoot doesn’t necessarily give you all future rights to an image taken during that shoot. I suspect there is a contract floating around out there somewhere that details this.

The Irony Of It All

Lastly, to say “we would never publicly admonish or begrudge a fellow artist for merely asking” seems a bit, I don’t know, untrue provided the sentence was being used to close out a letter which, essentially, was publicly admonishing and begrudging an artist for answering.

Of course, that’s just my opinion, what are your thoughts on the fiasco?

[ via Stereogum | Lead image by Jareed ]

« FAQ: So Your Company Has Been Found Using Alex’s Photographs Without Permission. What Next?
Photo Booth Photos Help Shelter Dogs Find Homes »