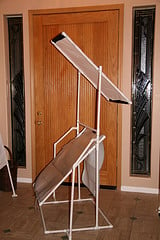 Just Fab has come up with a great PVC contraption she calls the Ghetto Studio. It’s a great and portable setup that takes great Glamuor shots.

I asked Just Fab to share her plans and setup and she kindly agreed. Below you will find the instructions to build such setup. Total cost is less then 40$.

We have showed a PVC setup before, but it was very big. This PVC setup can be used both indoor and outdoor. The bottom and top are tiltable, covered with Ripstop nylon. Bottom hasa car windshield screen as a reflector. The strobe goes behind the topscrim and bounces off the bottom to reflect up. Instant one light setupto do butterfly lighting. I did have to glue some of the piecestogether to keep it from falling over in the wind, but it’s modular andtears down. The bottom screen tilts about 1/16 the way down, the top istilts in the middle. I can reverse those is need be. You simply shootin between the two.

Here is an image taken with this setup. Look for shadows under the eyes. Found any? No! 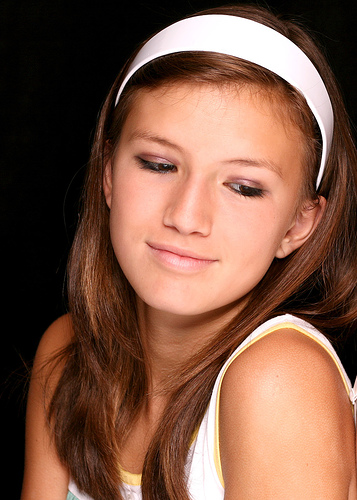 The next following images show the materials you need to create this Ghetto Studio, as well as assembly needed.

I put the tilt mechanism near the end. Wasn’t planning on the 5 inextension but needed to have a little extension for counterweight. 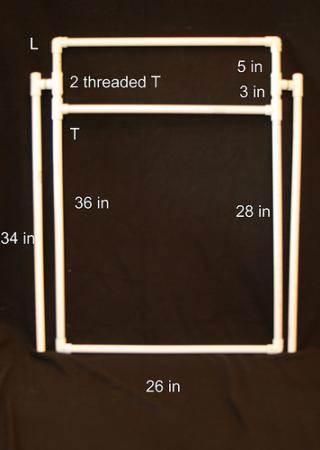 Using 2 forty five degree pipes on each. These were an afterthought to make it more stable. 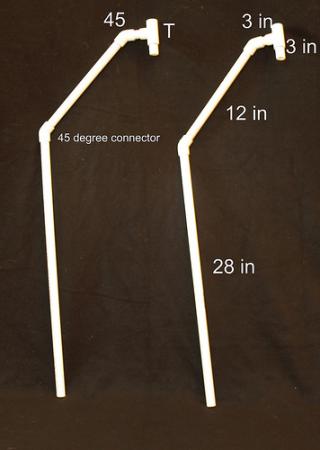 It’s not that any of this was really planned. I made the base out ofpieces I had left. I just wanted to make sure I could get through adoorway.

The side supports were added later, just by putting the whole thingtogether and finding out where they dropped. It wasn’t planned… 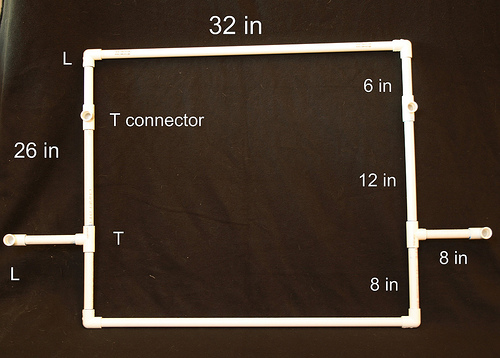 RIPSTOP nylon (you can also use silk):

With pivot in middle. This was the first thing I made. I sewed a blackfleece pocket. After that I got smart and just learned to make fabricclamps out of the next gauge pipe (you cut into a C shape and slipover). All of this is modular. It can go on top or bottom, but I usethis to diffuse the light like a softbox. 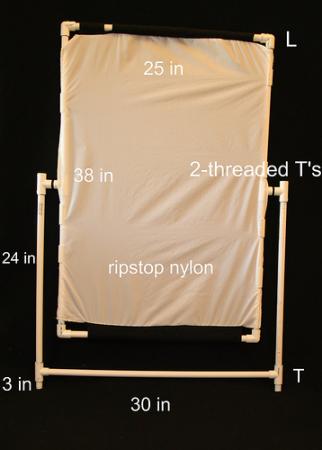 And here are the RIPSTOP clamps you will need to fasten the fabric to the frame – Get pipe one size bigger than your current pipe and cut. Will hold fabric in place. 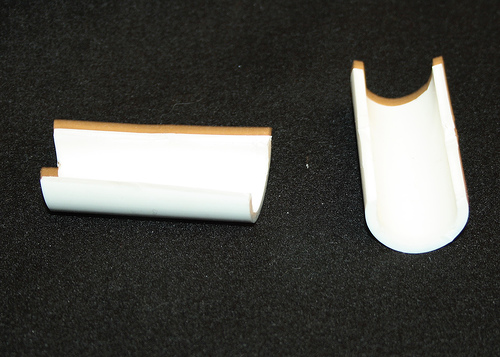 Lastly, to hold the pieces together, you will need some connectors – Size 13 O ring. Usually one is all I use on each mechanism. Screw is”cut off riser” cut to the one link. Make sure you have the T pieceswith middle piece threaded. But you don’t want these to put the pipestogether anywhere else. 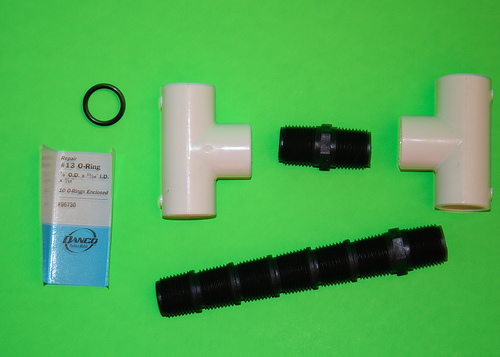 Here is a shot with a reflector on the bottom panel 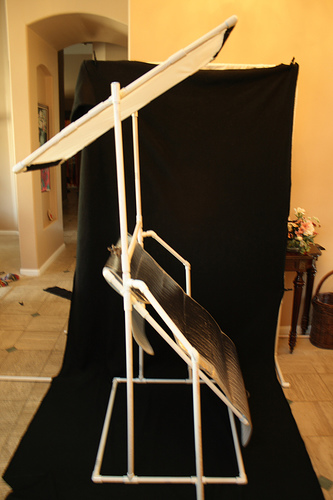 To end this article, here is a great self portrait of Just Fab made using this Ghetto Studio. 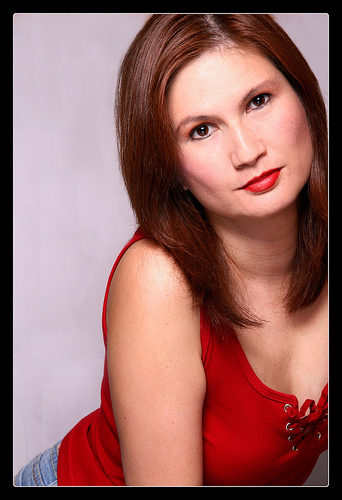 One day I will center myself… by Just Fab

Update: The same idea can be found in Dean Collins’s Tinker Tubes. A great book for the low budget photographer.

« Great High Speed Photography Trigger by Tom Barnett
How To Add Pictures To Comments On DIYPhotography.net »