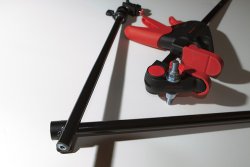 Photographer David Martinez thought that $110 is a bit too much for a magic arm. He came up with his own version for half the price. It’s all David from here.

Over the years I have found a few broken clubs laying near tee boxes on golf courses. Graphite shafts are usually very stiff and I always thought they might be repurposed. So I have collected a few of them. Well it just happened that I was in thinking about buying a Magic Arm recently. A friend had one and it was pretty sweet but the price was kinda crazy. 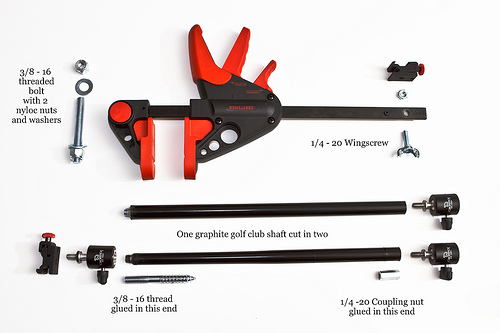 The light bulb went off and I began to formulate a plan to make my own magic arm out of one of these found graphite shafts. I went to a local camera shop and found the Giottos mini-ball head. It is a nice small, all metal mount. So I bought 3 for less than 30 bucks. I also picked up a metal strobomount. Next stop was the hardware store where I picked up a few nuts and bolts, some heavy duty epoxy, and a nice beefy clamp. A few glasses of wine and couple of hours later I had made my Ghetto Magic Arm. 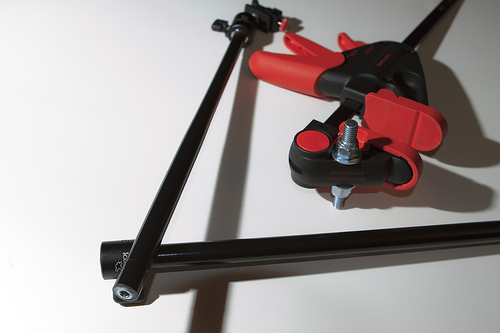 The whole assembly is pretty sturdy. I used a clamp that is made of plastic with a very wide mouth. The clamp had to be drilled out slightly to accommodate the 3/8 – 16 threaded bolt. This particular clamp also has a hole fortuitously placed on the opposite end that a 1/4 – 20 bolts fits in nicely. I placed a wing bolt here. 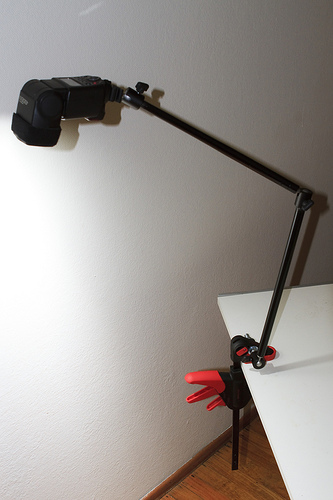 This can be used to attach practically anything else; I have added another stroboframe. The shaft was cut in two pieces with a hack saw keeping in mind the inner diameter would need to be large enough to hold the glued pieces. To maintain stability I tried to keep the lengths to less than a foot for each piece. After that… it all went together super quick. 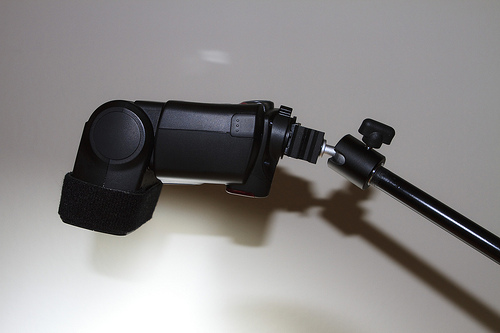 Total cost was about 55 dollars. I could have gone with cheaper pieces but I am attaching some pretty expensive flashes to it. The graphite shaft was free but you can buy a sacrificial used club for dirt cheap at a pro-shop or used sporting goods store. I have used it quite a bit since it was made and it is very useful. I can clamp it to just about anything from a table top, door, passenger window of a car (some pretty cool outside the car shots), or a 4×4.

It holds about 4 pounds which is all I really need for flashes, my PS camera, flags, gobos, etc. It can easily be broken down into two separate pieces and each piece can be attached to anything with standard 1/4 or 3/8 bolts. I wouldn’t put my heavy 7D on it but that’s about the only limitation I’ve found.

got any other cool hack. Let us know via the comments.