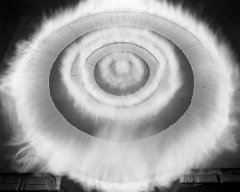 Caleb Charland is a photographer that captures the everyday physical phenomena which we never think about in a unique and inspiring way.

DIYP was lucky enough to have Caleb for an interview.

DIYP: Can you tell us about yourself and your background?

CC: When I talk about my work I need to share the experiences that made me wonder. Those moments when I began to think about the world, to show from where the pieces fell.

I grew up in a do it yourself household and learned to appreciate the power that tools and materials hold. 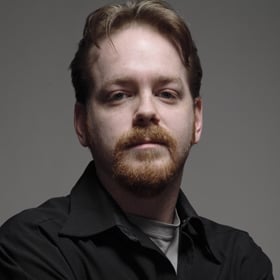 There’s one day I go back to when I think about my work. It was probably the summer of ’89, give or take a year, somewhere on the edge of July and August.

Since before my memories began my dad spent his vacations pounding nails and sawing boards, making his mark.

His life was work and our house his medium. He seemed so alive atop a ladder with an arm load of 2x4s.

On this day we got up early, we always did when there was lumber to cut. I remember the smell of sawdust at daybreak, watching the particles scatter in air like a golden summer snow.

We were in the process of doubling the size of our house by adding on a two car garage with rooms on the second level.

I was nearly nine at the time and learning there was something magic in those materials. Snapping the chalk line expelled electric blue nebula

A mishandled hammer drew sparks from a nail.

While copper pipe in a propane halo emitted lime green meteorites in all directions.

Had I been just a few years older my teenage angst might have clouded these observations or dimmed the phenomena from imprinting on my recollections. I was still young and at full capacity of wonder.

“Wonder is a sort of suspension of the mind between ignorance and enlightenment that marks the end of unknowing and the beginning of knowing.” –Lugli

Photography has always been a medium of wonder for me. Light traced in silver. From the beginning I have attempted to find the extraordinary in the everyday. I took my observations of material properties and possibilities into the darkroom. 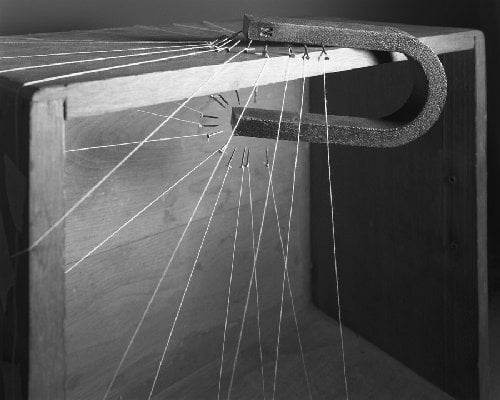 DIYP: What do you do for a living?

CC: I was just hired by the Maine College of Art in Portland, Maine. My job will be a media tech/ artist in residence for the photo department. I’m looking forward to this experience; it could be nice a transition into teaching. I didn’t expect to be back in academia so soon, I just finished my MFA at the school of the art institute of Chicago this past May.

DIYP: How did you first get into photography?

CC: See above and: I remember asking for a camera when I was in grade school, I don’t think any early pictures remain, and they probably weren’t very good. My high school had a decent darkroom and I took classes on the weekends that were run by Maine college of art…funny how things circle around like that in life…since I’ll be working there this fall.

Also I was never any good at drawing, photo was a way to be creative without draftsmanship. Even from the beginning I was questioning the world through photography. The first artists I was exposed to were Mike and Doug Starn’s work. I really responded to the tactile nature, the cut up pictures, the frames they would build around the images. The presentation and the images had a harmony and DIY aesthetic that, in retrospect, reminded me of my experiences remodeling the house. 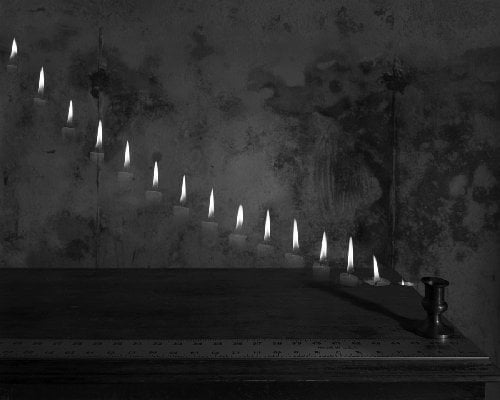 DIYP: What drew you to photographing physical phenomena?

After I graduated from Massachusetts College of Art I lived in Boston for a year then I moved back home and began taking classes at a community college in math and science. Being home gave me access to the basement and garage; Both are spaces of tinkering, hobbies and building. Hidden spaces in America where people usually do those things they rather do if work was not a necessity.

I was back where my curiosity had been awakened as a kid. My mind was awakened too. The classes I was taking, algebra, anatomy and physiology and so forth, made me access parts of my brain that had been dormant as an undergrad in Art School.

I was reminded of the joy and challenge in simple science. I started looking at even simpler methods in the form of children’s books of science experiments. These books are a how to guide to fascination.

There is a lot to be taken for granted in the world. A Lot of Ordinary. But if sought out, there are amazing possibilities, if you stay curious. 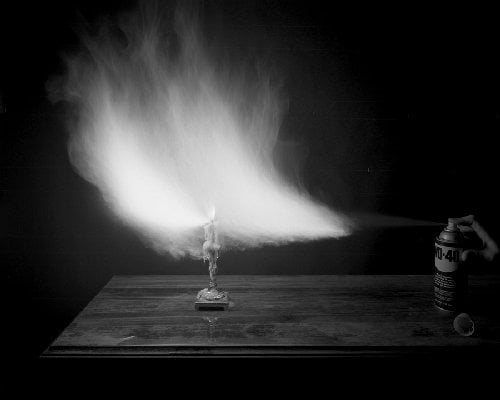 DIYP: How do you set up your photos?

CC: Simpler is better. Photos can take anywhere from 5 mins to a week or more to set up. Or in some cases they may take months to develop, waiting for the right time of year or requiring several field tests to get them right. Again I often learn a lot about a picture just by doing it. So I’ll prepare an instrument or an apparatus for a picture then just go for it. If I’m lucky it works out the first time, but often the initial test tells me how the idea will actually look or be rendered.

I also usually shoot many sheets of film. So there might be multiple variations on an idea, multiple attempts. I never combine negs digitally. I guess what I’m sating is that I feel a lot of pressure until I complete one full process. The with each successive attempt I might try something that feels like I go too far or something that varies the process. 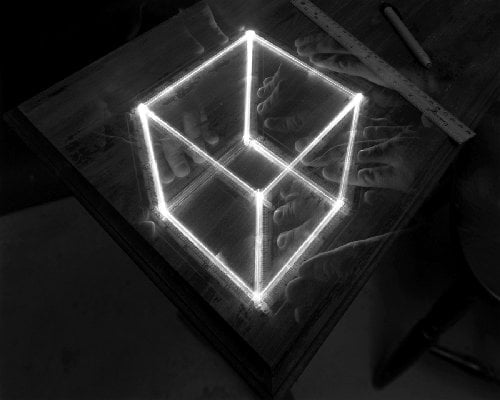 DIYP : What do you do to edit your photos?

Often once I’ve completed a picture I’ll email it to friends and colleagues to get a sense of how it reads. Sometimes I re-do it after this point. I think with my mode of working I can just keep adding to a body of work. I don’t think of projects with a definite end point. Each image is a variation on visual possibilities and simple discoveries I’ve made. 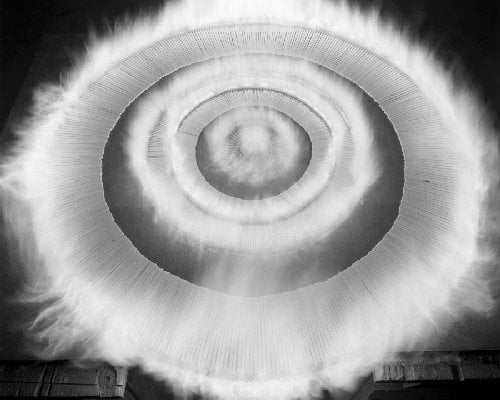 DIYP: How does your process relate and interact with your artist statement?

I state that each picture begins as a simple question, how would this look etc. And basically that’s my driving force. I make work to see how it looks in print. Recently I have been acknowledging a somewhat performative aspect to the work. Ever since I stepped in front of the camera for the image Light Sphere with my Right arm and Cigarette Lighter, I’ve been interested in using the body as a device or a machine to produce the image.

If we think of these images as a visual question, the titles are a clue, to the viewer, hopefully. I imagine the viewer putting them self in my position as the maker. Really this is all simple Photo 1 techniques, all in camera…the fact that these all actually happened is important to me. Like a physical and technical achievement, not just pixel pushing. 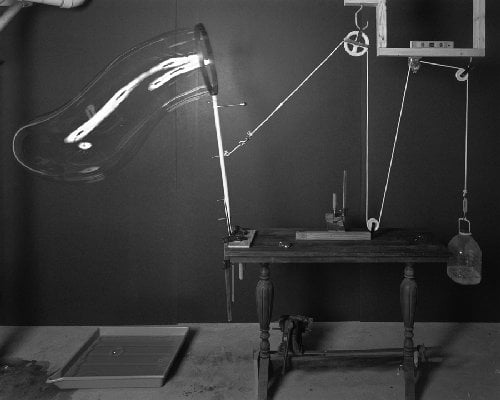 DIYP: How would you describe your process to a stranger who doesn’t know anything about photography?

CC: Its like 5th grade science mixed with sculpture. Its about being curious and playful. There is still a lot to wonder about. I might then have to go into an explanation of photography, its is fundamentally tracing light into precious metal. And I hope my work explores and exploits that basic material quality of the medium. In many images I make what appear to be structures out of light, film is the perfect medium for this, it suspends many different moments in time and space, you get to experience the compression of time that long exposures and multiple exposures provide

DIYP: How do you come up with ideas for your photography?

CC: Ideas come mostly from being curious about the world, how things work… and wondering what a certain process or series of events will lead to visually. The fact that some of these images actually work is my favorite part. Its usually the unforeseen, or uncontrollable natural tendencies of materials and processes that end up being the most interesting parts of the images. If I knew exactly what I would get on the film I think it would be too easy or boring. Each picture is like an arena for a potentially fascinating visual puzzle. 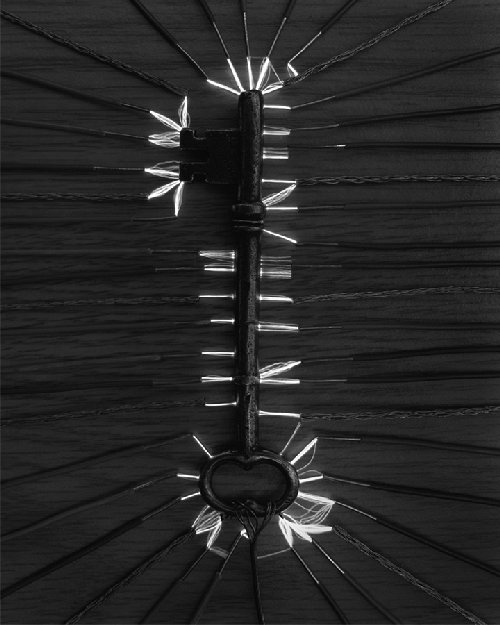 DIYP: What photography equipment are you using?

CC: I use a 4×5 monorail view camera, color and black and white film. Black and white images are printed as gelatin silver prints and color images are archival pigment prints. Sometimes I use a single studio strobe, or clamp lights for illumination. The recent work has been combining available light in the landscape with flashlights and matches etc.

DIYP: And what equipment in general. Where do you get/find it?

CC: Equipment or materials and objects? I’ll look through surplus and salvage yards, antique shops (but they usually want a lot of money, sometimes its worth it) the dollar store, and hardware stores and sometimes yard sales…this is an interesting list given the DIY aesthetic and inspiration for my work, ha ha. It all circles around

DIYP: Where is your main working space today?

CC: I’m trying to make more work out in the landscape, so that would be eastern and central Maine for now. If I ever make any money at this perhaps I could afford to go somewhere for more site specificity. But for now I’m enjoying exploring Maine. 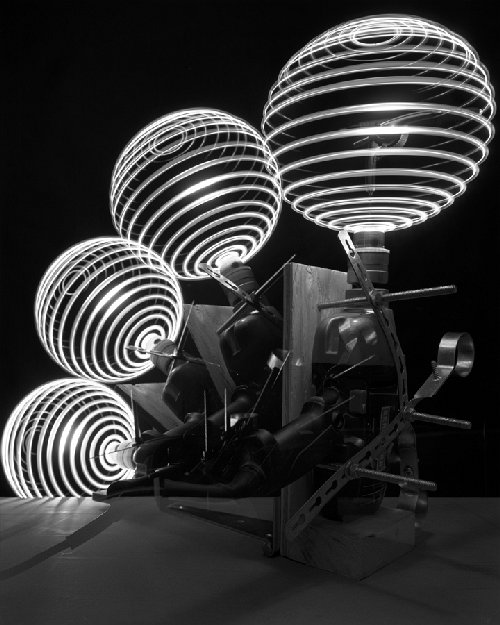 DIYP: What do you do with your constructions once the photo is captured?

CC: Often times the contraptions look more complicated or elaborate than they really are. I often disassemble them to re-use. There are only two things I’ve saved. The matches left over from Helix with Matchsticks and the apparatus for Electromagnetic Demonstration and those are just stuck a corner of my work space.