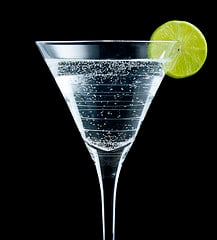 I always keep my eye on the strobist flickr pool. It is one of the best places to get your lighting ideas. The other day, I saw a cool Corona shot there made by Nick Wheeler. Nick was so kind to share his lighting technique with DIYP readers. So, the following article is a guest post by Nick Wheeler, If you like this tutorial as much as I did stop by Nick’s flickr stream and say “Hi” (You’ll also get a nice dose of fine images).

Just recently, I became the proud owner of a new dining room table. Not a massively exciting announcement you might think (and you would be right), but what was getting me excited was the fact that it had a frosted glass top. While my significant other was wondering where to put it and what to do with the old table, I was thinking “I wonder what would happen if I stuck a flash underneath it?”

The answer at first was a little disappointing but after a while I was getting some pretty good results, particularly with bottles and containers of liquid. I was finding that with light coming from underneath it was helping light up the liquid and giving it a nice glow. The only problem I was having was the table top itself. The glass was dimpled, not smooth, and while that gave a nice effect, it was not ideal for every shot. The answer of course was a spot of DIY! 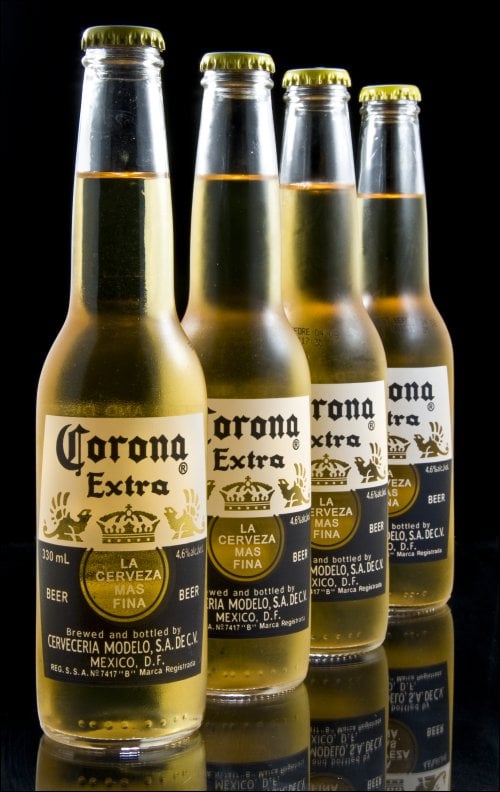 OK, I needed a glass surface with a flash underneath it! Hmmm, what if I took the old dining room table, got out the power saw, cut a hole in the top of it… “You can forget that, use a cardboard box”, came the helpful suggestion from my better half. So was born the floor lit table top studio project.

I started with a largish cardboard box. In the front I cut a little door to make it easy to place a flash in the bottom. I added a fold back clip (one of the DIY Photographers best friends) to act as a handle. I also folded in the top flaps of the box to make it open ended. 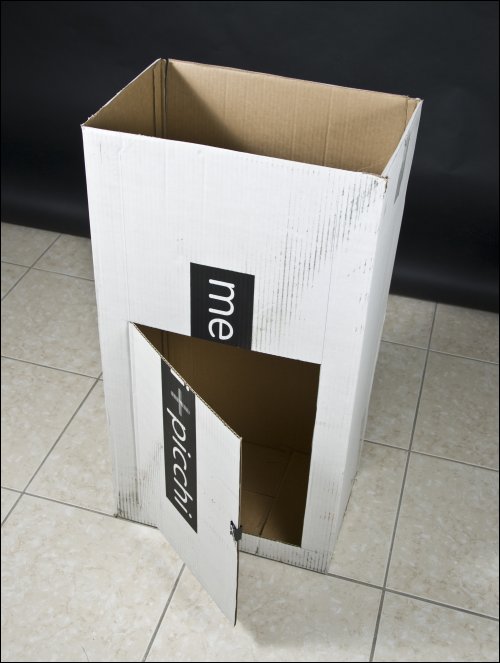 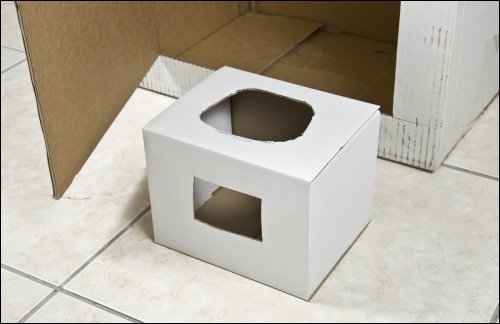 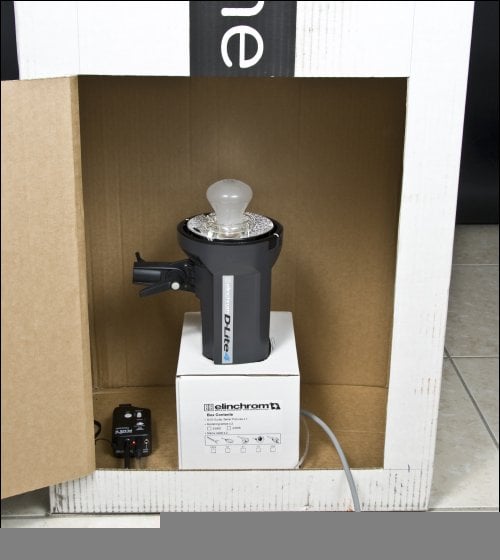 With the bottom light in place the next step was to drape a black velvet cloth down the inside back wall of the box. This provides the black background for the floor. 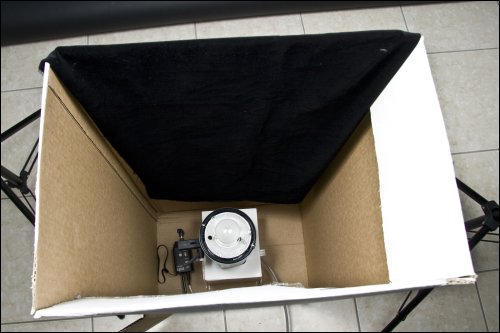 Almost there now, I just need to add a floor to the setup. I used the glass from a cheap picture frame for this. 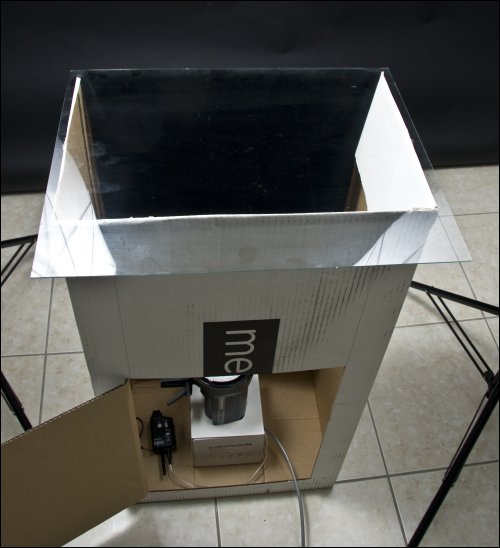 I placed the glass so that the back edge lined up with the back edge of the box. This helps minimizes (although not eliminate) the back edge of the glass appearing in your pictures. At this point, it pays big dividends to thoroughly clean the glass on both sides. Two minutes of cleaning now saves hours of tedious dust removal in the photo editing package of your choice (in my case Lightroom). 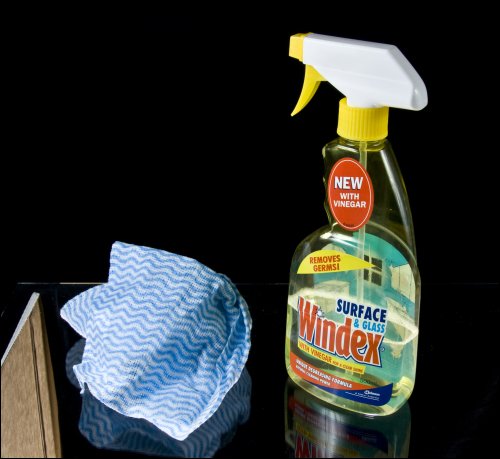 The last thing required is a black backdrop. I used a sheet of seamless paper, but any black cloth would work equally well. One thing you do want to try and do is get a good gap between your box setup and the background to avoid light contamination spilling onto the background.

OK with everything in place, I was ready to take my first test shot. I placed the subject on the glass (in this case a bottle of beer from the fridge) and with just the floor light took a picture. 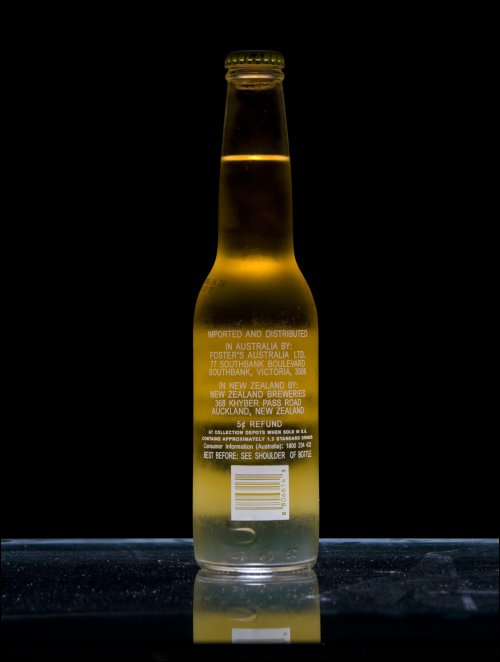 Here, the beer bottle is lit entirely from underneath. As you can see there is a nice glow in the liquid. You can adjust the power of the floor flash to get a good balance of light through the whole bottle.

With the floor light sorted out, I now need to light the subject. For the beer shot I chose to use a couple of softboxes pushed up close on either side to give some nice specular highlights. If you don’t have softboxes, a couple of cardboard boxes with white fabric over the front would do the trick. 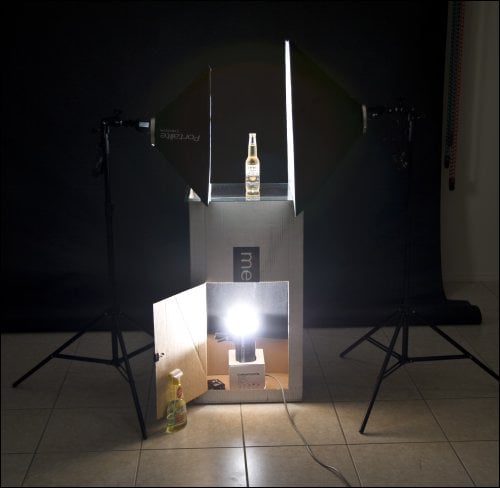 I set the two flashes in the softboxes to 1/32 power and took a few shots.

Before taking the shot, I cleaned the glass. But there was still a lot of dust and the back edge of the glass was clearly visible.
After a few minutes in Lightroom, we get the final picture.

Here I have removed the dust, cloned out the edge line, boosted the
black levels slightly and increased the color saturation a touch. 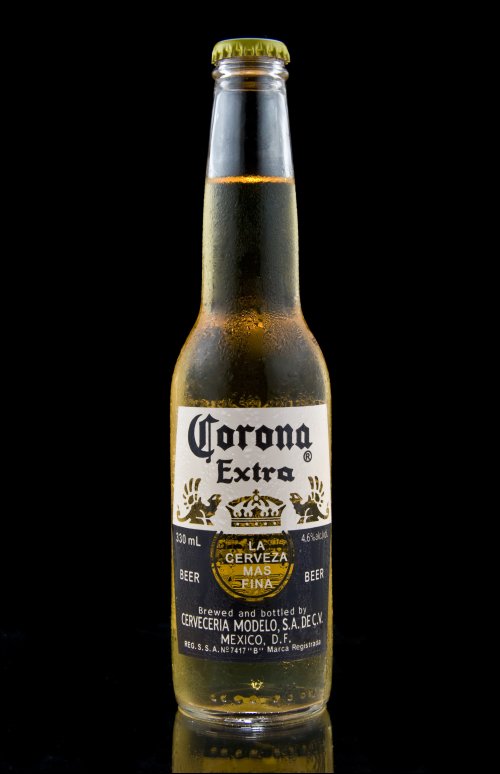 Another picture with the same setup. 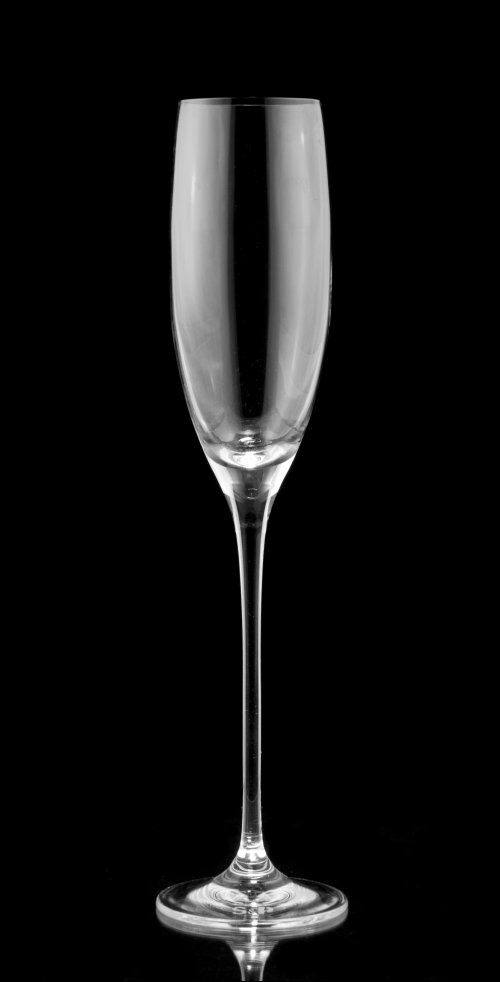 With the soft boxes switched out for shoot through translucent umbrellas, here is an example of this setup. 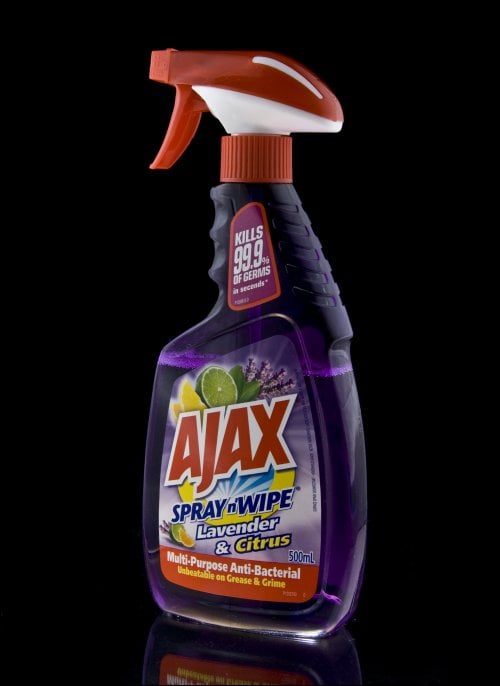 As you can see, the effect works best on light colored liquids. As the liquids get darker, it gets harder to light them from below as they just soak up too much light.

So there you have it. A floor lit table top studio. But wait, as they say in all the best infomercials, there’s more! A simple adjustment to the setup yields a whole new dimension and color to your pictures. Read about it in The Floor Lit Table Top Studio Project Part Deux.