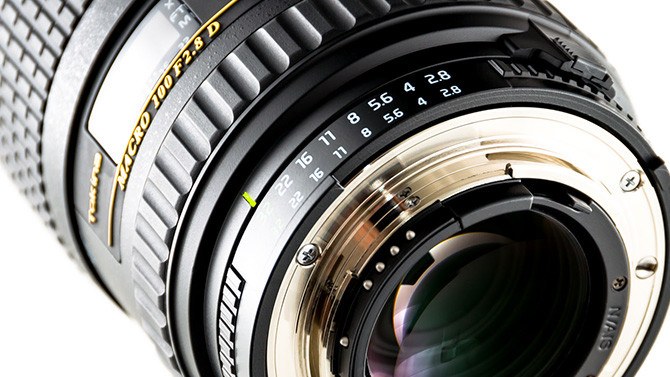 Mike Kusak at FixyourCamera.org is a self-confessed electronics nut.  As a camera tech with over a decade of professional experience Mike has worked on some of the most advanced cameras and lenses available.

In the first video of what looks set to become a valuable archive of reference material, Mike dismantles, repairs and rebuilds a Tokina 100mm f/2.8 Macro lens.

After seeing the video we were intrigued, so DIYP had a chat with Mike about his work, the website, YouTube and his hopes for their future.

Given that he’s been repairing camera equipment for quite a while, we were curious what made him decide to start documenting the teardowns on the web now.

I’d made that decision a long time ago, but couldn’t find any spare time to do it.  Family, work, and some other projects I’m involved in kept me from starting.

I still can’t spend as much time as I would like to create my Teardowns and Reviews, so I’m currently trying to find some ways to create them faster / better.

We’ll see how it goes… I got a lot of awesome comments on my videos recently and this really keeps me motivated.

Mike went on to further elaborate on the reasons behind starting up the website as well as what inspires and excites him.

Cameras and lenses are truly amazing toys.  There is a lot of fascinating, cutting edge technology inside each one of them.

The quality varies drastically between different brands and models. No single manufacturer is particularly good or bad at everything, but (from my point of view) they have very diverse strategies when it comes to their products.

And… nobody is talking about this stuff! 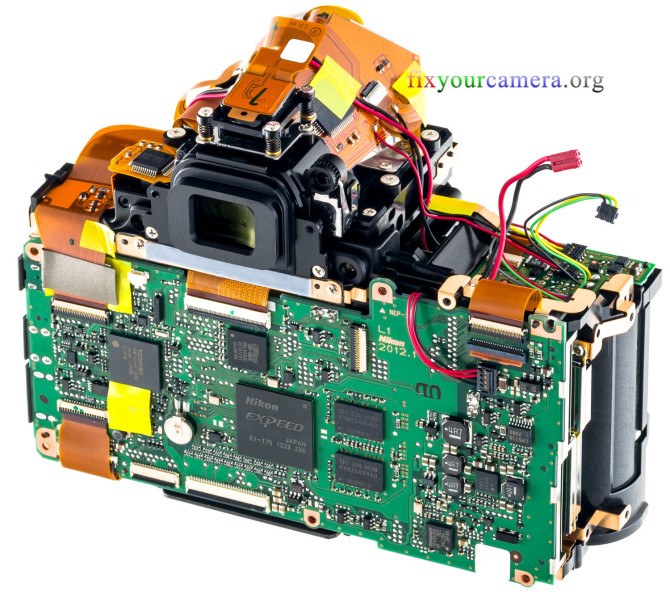 I’m sure that most of us, at some point or another, have had a camera or lens that’s been in need of of a little love, and have considered having a go at fixing it ourselves (especially if it’s out of warranty).

This is what Mike had to tell DIYP about that.

The number of people trying to repair their own photo gear is increasing rapidly. It usually ends up as a total disaster.  A combination of electronics, optics and lots of mechanical parts makes them difficult to repair.  In addition, there are some parts adjusted at the factory that you cannot touch during the process under any circumstances.

Most DIY repairs end up this way not because it’s hard to find the problem and fix it, but because people create tons of additional problems and damage during disassembly / assembly.

It’s a waste and I can help you avoid this by showing you how to do things properly. For free, no strings attached, but also no guarantee of any kind.

If somebody attempts and fails a DIY repair, can it still usually be fixed?

The majority of camera repair techs would rather have one of their healthy teeth extracted than work on a camera after a DIY attempt.  Manufacturers often return these without repair – with a note: “tamper damage, return back to the customer, no charge”.

There you have it folks, DIY repairs are something which are not to be taken lightly, and in the video above, Mike mentions several times to seek the services of a professional repair center if you’re unsure or your camera is still under warranty (DIY repair attempts will obviously void any remaining warranty on your equipment).

Mike is not opposed to DIY repairs, but he wants to help you to be able to do them properly. 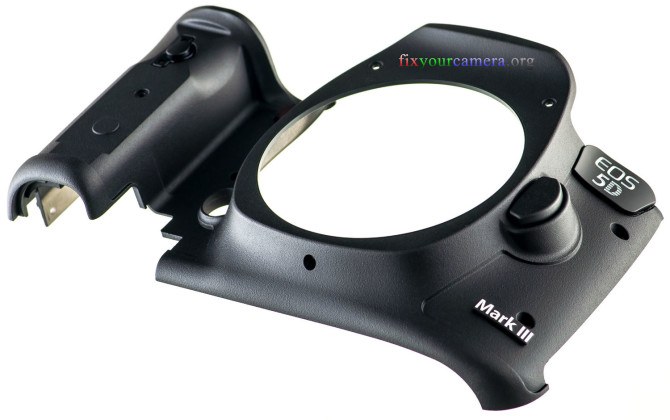 We asked Mike about the types of equipment that he commonly gets in for repair, and the challenges he faces, he told DIYP…

A common misconception that my customers have about my job is that I must use some extremely sophisticated equipment and have some supernatural skills when it comes to diagnosing problems, all the electronics, etc.

The reality is that once you know how a DSLR works or any other camera / lens – finding problems and fixing them is rather easy.

OK, there is that tough one from time to time, usually with intermittent – hard to diagnose problems, but it’s not that common.

My job is mostly about being careful and not creating additional damage, additional problems, not leaving marks, fingerprints, dust, etc. I know it seems weird, but it’s true!

After several thousands of repairs things get a bit boring.

It was interesting to hear about the patterns Mike has been noticing in the equipment that he takes in for repair over time.

Most gear that comes in to repair shops is cheap DSLRs and cheap lenses – f3.5-5.6 and similar, some point and shoot cams (decreasing), some mirrorless (increasing amounts).

This is the bread and butter, everyday work for most repair shops.  This type of gear is extremely popular on the market and fails relatively more often due to poor quality parts / plastics inside.

Camera / lens specifications have nothing to do with quality. Making a decision about buying anything based on specs is pointless. After seeing what’s inside of some DSLRs you will agree with this – trust me! 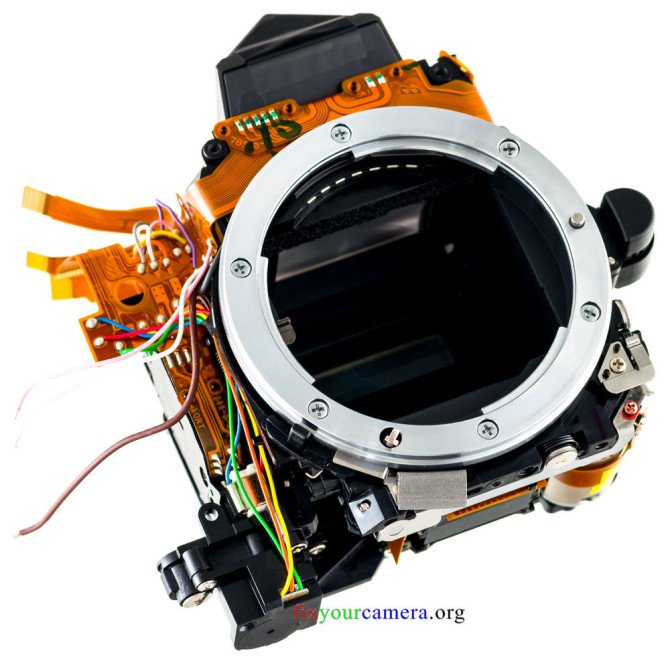 As well as the excitement of seeing something new and high end like the Nikon D4 or Canon 1Dx.

When I’m working on a new model, I’m not nervous or stressed, but rather excited and happy that it’s something new, extremely careful and give myself a lot more time, take notes, maybe some pictures of inside parts and wires, etc.

When I get a top of the line, new model (uncommon, unfortunately) on my bench it’s exactly as above, but I add +10 points to excitement and +5 to happiness.

Then it depends of what kind of problem there is inside. Sometimes it’s a total liquid damage or there are no parts available at all and then it hurts because I couldn’t get the job done. 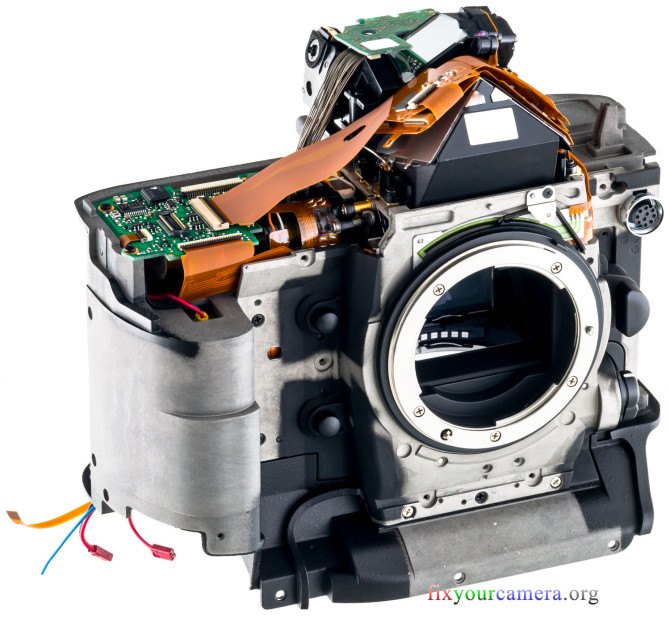 Mike told DIYP about the future of the website, YouTube channel, and where he hopes to take them.

I’ll continue making Teardowns and Reviews, Repair Tips, showing how it all works and similar videos about tools, parts, etc. as time allows.  Maybe adding a bit more about electronics.

I would like to talk about other important things like: parts cost and availability, common failure points in cameras and lenses, buying early or pre-release gear, weather sealing from a practical point of view, and lots of other things… which, I think, are very important and there is none or very little information available anywhere else.

Also, I have this idea of creating complete Repair Guides for specific camera models and lenses in video format, showing step by step the disassembly, what to do, what not to touch, explaining how it works and how to put it all together safely.  These would cost about the equivalent of a typical DSLR shipping fee.

The problem is that each such Repair Guide would be several hours long. Too huge project for me now, tons of video editing, etc.

I would still like to do it. So maybe in some distant future.

For now – free videos only, as time allows. 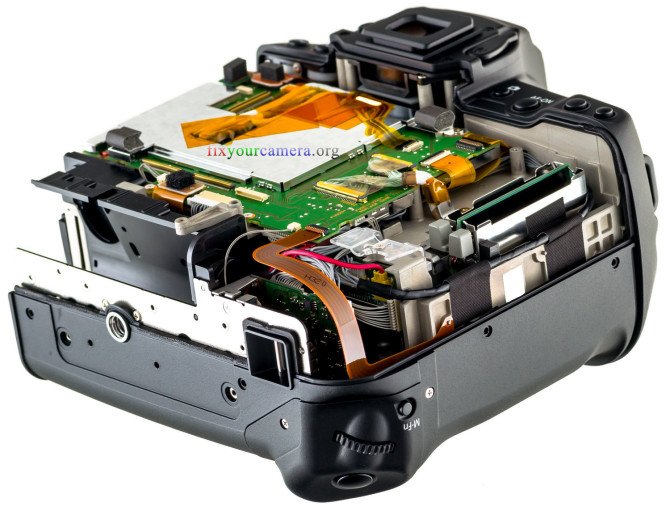 Finally, Mike had these words to say.

Disclaimer: I am an independent camera repair tech. I am not associated in any way with any photo gear manufacturer – they don’t follow me on Twitter, they don’t like me on Facebook and I’m somehow convinced they won’t like me at all… :)

They may not like that he thought it was “unfortunate” that the latest high end gear doesn’t break often enough to run across his repair station, but I think they’d probably like him just fine all the same.

I’m sure many of you will now be looking forward to seeing what Mike takes apart next, how it all fits and works together, and then wonder why he doesn’t have two or three bits left over when he puts it back together like the rest of us.