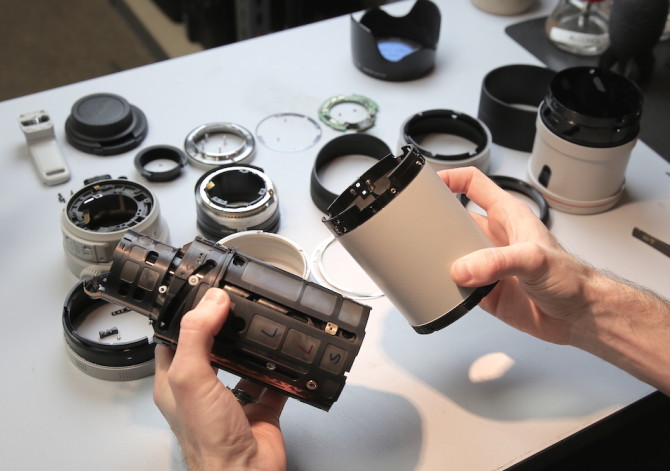 Lenses come and go and as we move on we move higher up the lens latter, but according to the Canon 100-400 IS L Mk II teardown post from LensRentals, Roger Cicala is so happy with the build of this lens that it may very well earn the “Best Built Lens Ever” title.

Of course, LensRentals have to fix their own lenses after coming back and having gone through abuse, so Roger is both experienced and equipped to open a $2,200 lens, I would not try this at home.

Roger goes through taking the lens apart step by step starting with the tripod foot and ending with the optical elements. Here are some f the thoughts that will ease you into shelling out the extra $500 from the previous version:

[the large screws that mount the ring to the barrel are] big screws with washers around them, double the size of the screws we usually see assigned to this kind of task

the lower helicoids – there are six channels, of which two are visible (one marked with the lower red arrow). Most lenses have three channels and collars. That’s a huge amount of increased stability when the barrel extends away from the lens

Here is a close-up of the thick brass sliders that are under the screws. They keep the barrel straight when it zooms, which is critical for keeping the optics in line. Most zoom lenses just have plastic guides, not brass, and not nearly this robust 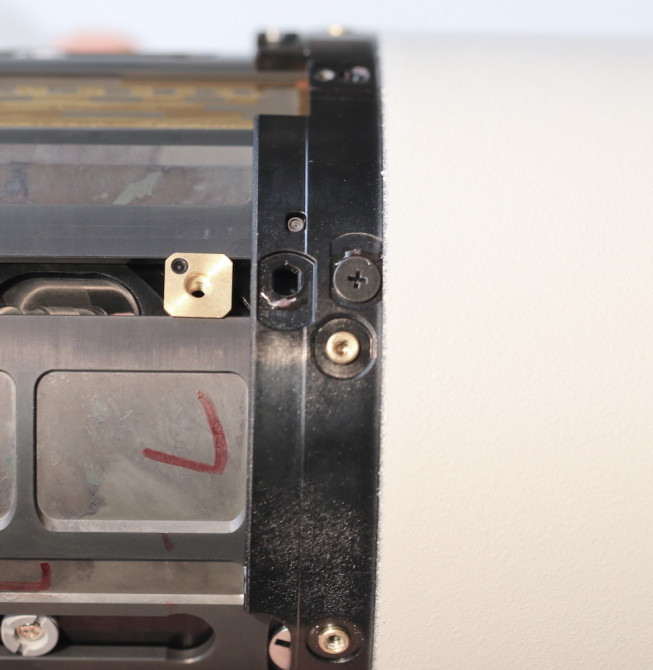 My guess is that Canon is expecting major abuse on this lens by event and nature photographers and simply want to save the hassle of repeating repairs.

[for the full breakdown, head over to the LensRentals blog, thanks for the heads up Oded]

« Planning A Trip To The Museum? Not With That Selfie Stick You’re Not
This Brilliant 3:30 video took 5 seconds to shoot… At 1000 FPS »