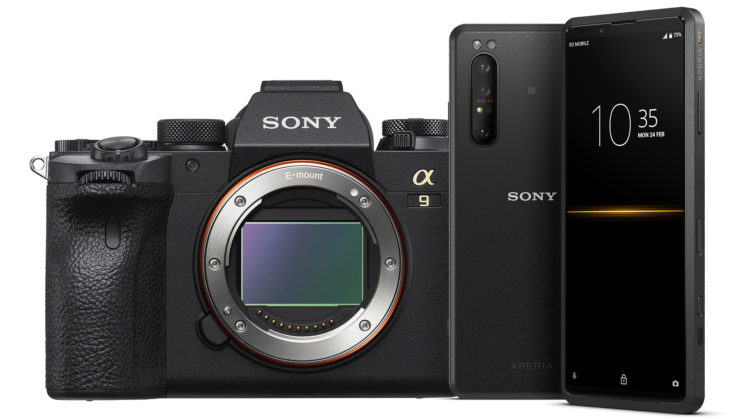 They’ve also teased the Xperia PRO; A smartphone specifically aimed at professional photographers and filmmakers, it features an HDMI input to take a video feed from your camera.

First, let’s get the specs of the Xperia 1 II out of the way, because the Xperia PRO specs are virtually identical, save for a couple of points.

Other than the screen and a good amount of storage with the option to add a microSD card for even more, it doesn’t look that special, really. They’re not using the fancy new 108-megapixel Samsung sensors (and, why would they? They’re Sony), but they’re not using any of their own high resolution smartphone camera sensors, either.

Where the Xperia PRO differs from the Xperia 1 II is in the storage – it comes with 512GB instead of 256GB – and the fact that it has an HDMI input socket. Yes, input, for seeing the signal that comes from your camera.

It appears to be micro HDMI, looking at the plug in the picture above, but it’s a unique feature for a smartphone. Sony hasn’t really gone into any detail about the capabilities of the HDMI input, but it must at least offer some level of acting as an on-camera monitor. That alone would be very useful.

Is it going to convince somebody to go out and replace their phone with an Xperia PRO? Probably not – at least not if that’s all it does – but if somebody needs to replace their phone anyway and they’re looking at comparable devices, and on-camera monitors are a part of their shooting workflow, then it might convince them to at least consider Sony as an option.

So, exactly what it will allow remains a mystery. Will it allow you to use the phone as a separate recording device so you don’t have to go out and buy something like a Ninja V? And if it does, what formats will it support? (I wouldn’t get your hopes up for ProRes RAW). Will you be able to live stream the signal from your camera to social media? Will it be open to third parties to take advantage of, or will it be Sony proprietary apps geared towards Sony cameras?

We’ll just have to wait and see, I guess, but it’s a very intriguing idea. It makes sense for Sony to pursue this, rather than one of the other smartphone manufacturers, given that they already make photography and video cameras for the market this phone would be targeted towards. But maybe if it does well (or it doesn’t, but the demand is obviously there) then perhaps it’s something other smartphone manufacturers will consider incorporating, too.

Keep an eye on the Sony website for more info and specs as they are released.