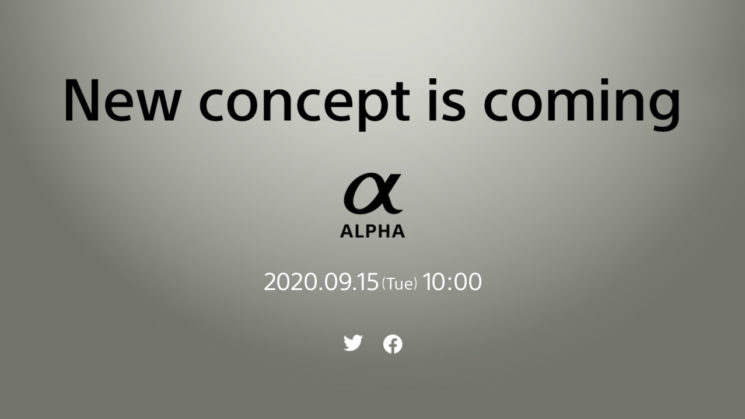 Sony has launched a teaser image for a “new concept” camera that’s being announced on September 15th – just one week from today. It’s been expected that Sony will launch another new full-frame camera at some point this month. Originally expected to be an A5 or A6, but now it appears that it may be called the A7c.

Other than the information shown in the screenshot above, there isn’t anything official yet. They don’t even mention what timezone the 10am announcement is for. But given that it’s on the Sony Japan website, I suppose we can assume Tokyo time. This would mean 2am in the UK and 9pm Eastern or 6pm Pacific on the 14th for the US.

Update: Yup, it was Japan time. The announcement will be at 6pm Pacific on September 14th or 2am on the 15th for folks in the UK. Sony has added a live stream to their YouTube channel scheduled for this time.

While Sony hasn’t said anything about what’s coming or even confirmed the name, there is a rumoured spec list out there.

It’s possible that we still may get an A5/6 at some point, which was rumoured to be an entry-level camera and come in at around $1,000 to compete with the Canon EOS RP. The A7c, on the other hand, is estimated to be a little over $2,000 and geared more towards vlogging and content creation to compete with the recently announced Panasonic S5.

We’ll keep you posted as we hear more, and be sure to check back on the 15th (or maybe the 14th, depending on where you are in the world and what timezone Sony’s announcement is actually for).