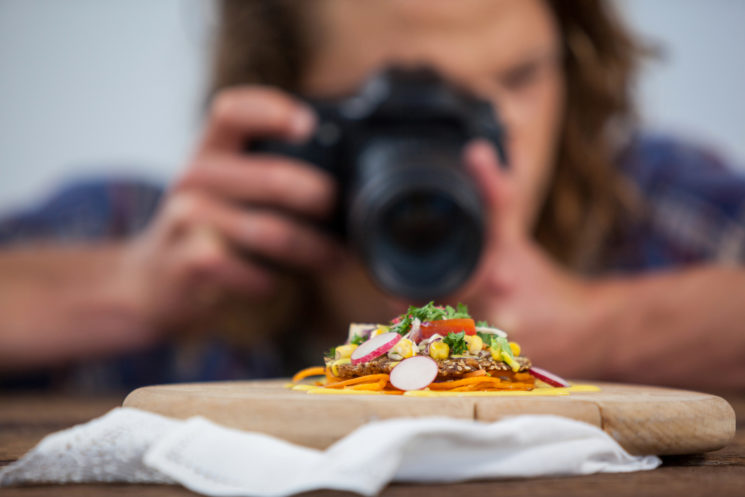 Food photography is one of the genres that may seem relatively simple. At least that’s how I felt – until I actually started photographing food. There is so much to learn, and of course, there are many mistakes that food photographers make even past the beginner stage. In this video, Scott Choucino discusses four big mistakes food photographers make when they’re just starting out, but they often keep happening during the later stages of their career.

1. The direction of light

It’s important to get it right when you’re determining the direction of light (oh, this rhymes). There’s no right and wrong answer, but you should keep in mind that every kind of lighting that you choose will tell a different story.

In the western, world we read from left to right and this direction seems natural to us when observing anything else. So, to make the photo pleasing to the eye, you want the light to come from the left side of the image. On the other hand, if you want a bit of edge, mood, and drama – you can keep the same settings, but just change the direction of light to be right from left. For example, that would be perfect for Halloween images.

2. Not leveling the camera

When taking food photos, you want to make sure that the camera is perfectly level. This doesn’t only go for the horizon line, but pay attention that your fore and aft are perfectly level as well. This is something that can be fixed in post, but it doesn’t always look good, so it’s better to nail it in-camera. Use a spirit level to help you out.

You bought that super-fast lens and of course, you want to use its huge aperture, right? Well… Shallow depth of field has its place in photography, sure. But when taking food photos, you don’t want to shoot wide open. Scott says that f/5.6 to f/8 is the “sweet spot” for food shots, but he often even stops down his lenses way more. When shooting food, no one really cares about the buttery bokeh. It’s more important to see the actual butter or whatever food there is in the scene.

Finally, a mistake I keep making when taking food photos for my own blog. I try to make them relatively pretty, find or make a good light, and shoot! But okay, I am a bit lazy and I don’t have enough free time to spend on that blog. However, if you’re striving to become a professional food photographer, you don’t want to take a photo just because it’s pretty. Instead, you should shoot with intent, think your composition through, and think about what you want to show and emphasize.

Do you still make any of these mistakes?

Are you making these seven common food photography mistakes?

« This photographer took on a CoD-inspired miniatures scene and absolutely nailed it
Sony published a new teaser – A7c coming on September 15th? »