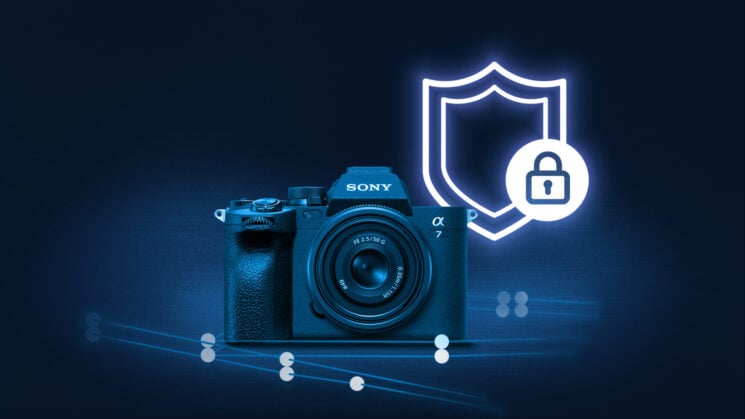 Sony has revealed a brand new in-camera way of stopping your photos from being stolen. The feature will be coming to the Sony a7 IV and will add a crypto-signature to images at the time of shooting. The feature also alerts you when images are manipulated.

This will only be available to corporate clients upon rollout, however, it will have a variety of useful applications beyond just obvious image theft.

So how does it work? The camera’s processor cryptographically signs the image as it’s taken. If something is modified then the code that is embedded gets broken. If anything has been modified, even if it’s just a few pixels, then it will be immediately obvious.

This could be incredibly useful for several applications. Of course, Sony is not saying that your holiday snaps are going to need this sort of tech. But imagine a passport photo, driver’s licence or any sort of ID card; photographs for insurance purposes that require authentication; the medical or forensic field; law enforcement…the list goes on.

Sony also goes so far as to suggest that this could be useful in “tackling image manipulation in the media”. An interesting and thought-provoking statement. Image manipulation in photojournalism has long been frowned upon, and it would provide an extra “photo-as-proof” reassurance that has been missing for as long as photography has been around.

Yasuo Baba, Director of Digital Imaging and European Product Marketing at Sony, said in the press release that “our in-camera digital signing is a real gamechanger for combatting image manipulation and forgery across multiple industries,” adding that “the digital signature is multilingual and can be used internationally.”

This is an interesting step and one that actually seems like a bit of a no-brainer. Sony has said that they have plans to roll out the technology to other camera models later on. It will be interesting to see if other camera manufacturers follow suit with similar technology.

It’s worth noting that this technology has nothing to do with cryptocurrency, blockchain or NFTs.

« Photographer dies after getting trapped in a collapsed sand dune
You’ve heard of text-to-image AI, now text-to-video is here »