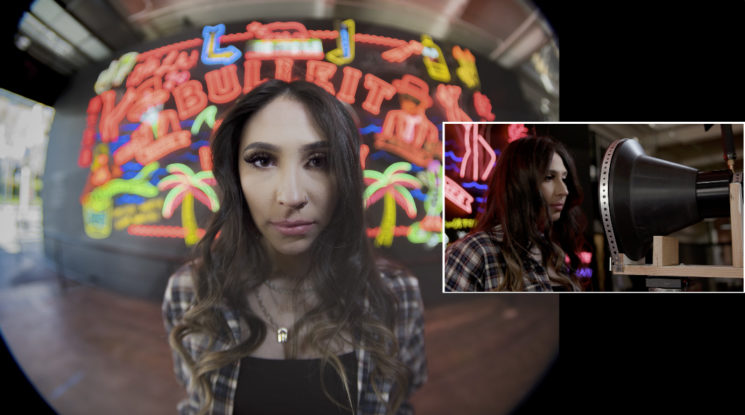 Weird lenses are always fun, and they seem to be popping up quite regularly. But there isn’t much out there that’s weirder than this. This is a super wide-angle Iwerks f/2.0 lens, designed to project 70mm film. Here, though, Jay P Morgan is using it the other way around to get an ultra-wide view on the world shooting portraits in a local market.

Jay P says that the lens came from Iwerks Entertainment in a lot sale when they left Burbank, California and there’s not a lot of information out there about the it. But Jay got in touch with former Disney Exec and co-founder of Iwerks Entertainment, Don Iwerks, along with Kurt Swiska to let them know a bit more about it. 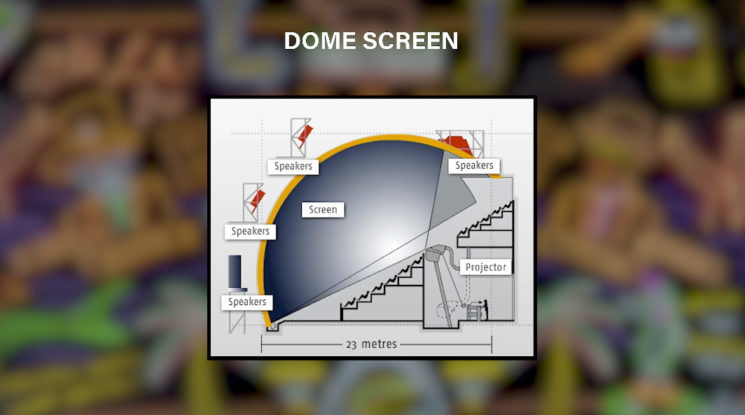 It’s called an 8/70 format lens. That means it uses 70mm film with a frame size of 8 perforations. It’s an asymmetrical lens offering 180mm in the X (horizontal) direction and 160mm in the Y (vertical) direction. This meant that it protected wider than it did tall. As for how it looks going the other way, seeing instead of projecting… Well, see for yourself. 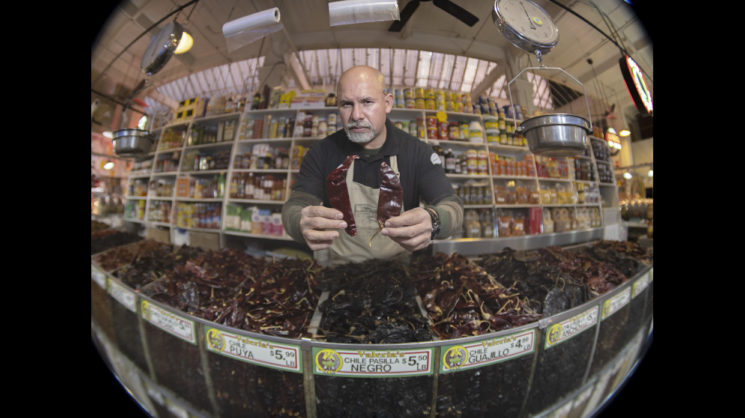 It sure looks like a very fun lens to shoot with, and the images have a very different feel to your typical ultra-wide or fisheye lens portraits, seemingly distorting perspective much less as it works its way out towards the corners.

As well as in the video up top, you can find out more and see more portraits Jay P shot with this lens on the Fuji GFX 100 on The Slanted Lens website.

« Fujifilm X-E4 and XF27mm f2.8R WR first look – Sleek and sensible
Watch: How to shoot and develop color photos with a camera obscura at home »