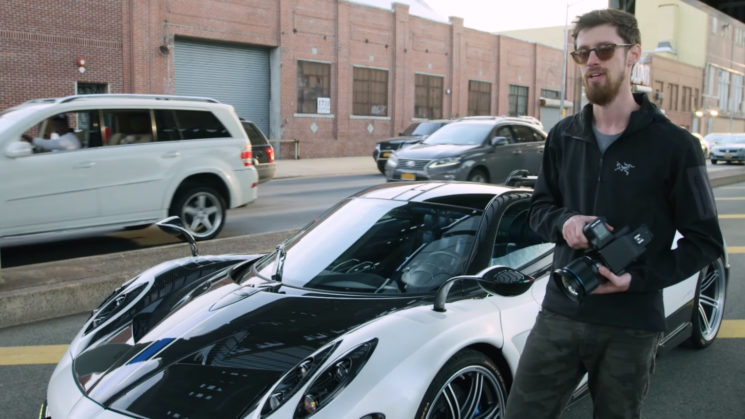 There’s only a hundred Pagani Huayra BC in the world, and each one costs a cool $2.5mil. The “BC” in its designation stands for Benny Caiola, the first person to ever buy a Pagani automobile. With a Mercedes AMG designed V12 bi-turbo engine built exclusively for Pagani and pulling more than 750bhp, it’s a beast of a car.

When it comes time to photograph it, one also needs a beast of a camera. So, LA based automotive photographer Richard Thompson chose the Phase One XF 100MP for this Huayra BC advertising shoot. They also shot a behind the scenes video, so we can see what goes into a shoot like this.

It’s a shoot beyond the budgets of most of us reading this. It’s unlikely that many of us will need to shut down streets and have a police presence. But it does offer some interesting insights into the thought process. One particular revelation coming very early on into the video.

When talking about the equipment he uses, Thompson’s justification was that he basically hadn’t seen it done before. Which was a good enough reason for him, and a reason many of us should start using more often. No matter what we shoot.

I’ve never used this setup with a car, and I’ve never heard of it used with a car. So, I thought it would be a good opportunity to really make this thing look as serious as I could.

Thompson used the Phase One XF 100MP along with the Schneider 240mm LS prime lens with a 2x converter. This lens has the equivalent field of view to a 320mm lens on a “full frame” DSLR or mirrorless. It’s not exactly the short sort of focal length one typically associates with car photography.

The reason we’re using medium format for this shoot today is because this is, simply speaking, the most advanced, highest resolution, sharpest camera system you could lay your hands on. You know, it’s an advertising shoot, those are all merits that are very important. 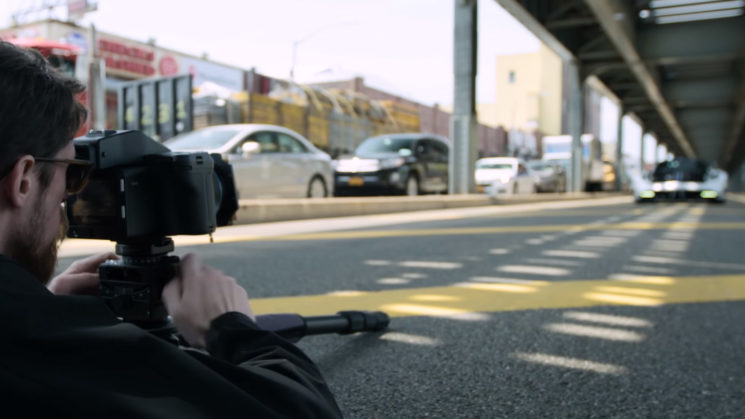 Natural light was the primary light source for the shoot, although they also made use of a set of Profoto B1 strobes. Communicating via radio, you can hear Thompson instructing his assistant in the video on how he wants the flash set up. Essentially, mimicking the angle of the sun to appear natural. As if it’s just part of the light already in the environment. 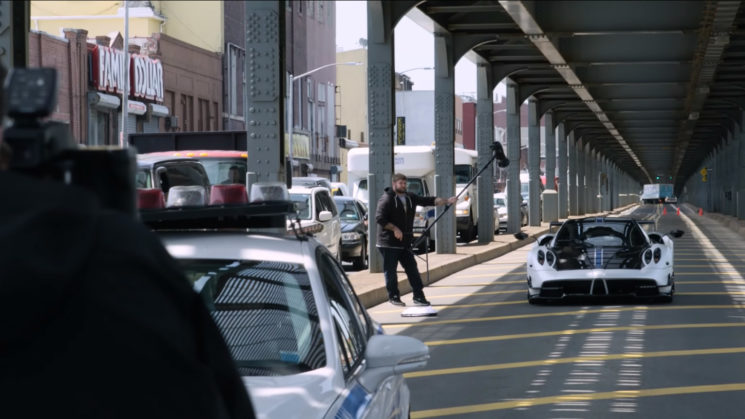 Being so far back with such a long focal length adds quite an interesting look to the shots. Thompson describes it as being quite a small car, and this perspective gives it some weight and size. 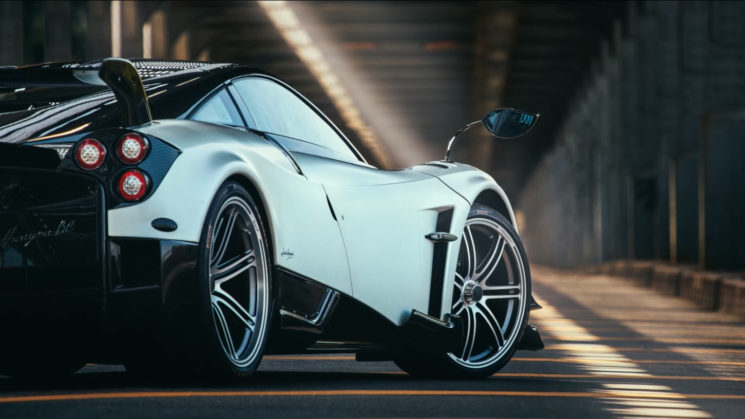 Thompson does later switch over to a Schneider 55mm f/2.8 LS lens for some close up, hand held wide angle shots. Also later in the video, one of the team talk about securing the location.

We needed to find [a location] that was in a quiet and safe place that we could easily work all day with full control. It didn’t take me long to find, as being a New Yorker I know these locations really well.

What did take time was getting the permissions to be underneath the Long Island Rail Road, and also to get permissions from the Department of Transportation that we could work down there. This neighbourhood is not a great neighbourhood. Not the safest neighbourhood, for sure. They required that we had police here.

It’s something that not many of us consider for most of our shoots, but vital on a commercial advertising shoot such as this. There’s some great insights in this video, and a few things that could make us think a little more about our own shoots. Even if they’re not cars.

You can see some of the photos from this session on the Phase One website.

Canon’s ISO4,500,000 camera was used to shoot this documentary in the Amazon

This $200,000 Lamborghini is “the world’s fastest purpose-built camera car”

« How does the GH5 compare to a GoPro for timelapse
Deal Alert: Switch to Spyder5ELITE+ for $139 today! »