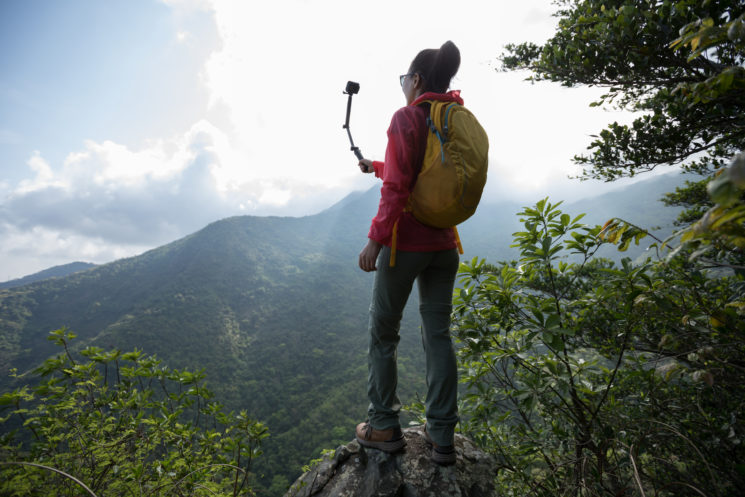 Earlier this month, a tragedy occurred while two people were trying to take a selfie in India. A man was posing near the Ib river’s rapids when he lost his balance and accidentally pushed a woman into the river, sending her straight to her death.

The accident occurred near Kanakunda in Odisha on 3 January. The woman Nirupama Prajapati was taking a selfie near the Ib river, and so was the man who slipped and pushed her. One of Prajapati’s friends was filming a video when it happened, and it was shared on Twitter (be aware that the video is not for the faint-hearted). It captures only a glimpse of the moment when the man loses his footing, but the woman’s scream can be heard as she falls into the river.

India Today writes that the fire department and Prajapati’s family spent 22 hours searching the river. The day after the tragedy, her body was recovered in a stone cavity in deep water 400 meters away from the spot.

Sadly, we’ve reported many selfie-related deaths over the years. Just last month, a woman plunged to her death while taking a selfie at Boroka Lookout in Australia. According to a study from 2016, half of the world’s selfie-related deaths occur in India. In 2018, this country proclaimed “no-selfie zones” in an attempt to reduce the number of these tragedies.

However, it looks like there’s still a lot more work to be done. Many dangerous places still need to be properly secured, like those rocks around the Ib river. But more importantly, people themselves need to change. They need to be educated and warned of the consequences their actions could cause. They also have to set their values straight and realize that beautiful places can be photographed from a safe spot, without their face in the frame, and without harming themselves and others.

« Birefringence: How to photograph rainbow colors at home
Here’s when and why you should quit photography »