After first trying out the WD My Passport Wireless Pro as a solution to backup photos and video while traveling (click here for the full review of the My Passport), I thought I would try the competition – the Seagate Wireless Plus.

The main issue that I had with the WD My Passport is that it could not effectively synchronize files with cloud storage (Dropbox, Google Drive) without the need for a laptop computer.

The Seagate Wireless Plus seems to have this issue solved with built-in synchronization apps for both Dropbox and Google Drive, but as you will see, it has its own issues…

The WD My Passport Wireless Pro vs Seagate Wireless Plus

Lets take a quick look at the WD My Passport Wireless Pro versus the Seagate Wireless Plus.

WD My Passport Wireless Pro 2TB: $200 from B&H (although sale prices are available).

Essentially they are the same price and about double the cost of a standard USB portable hard drive. 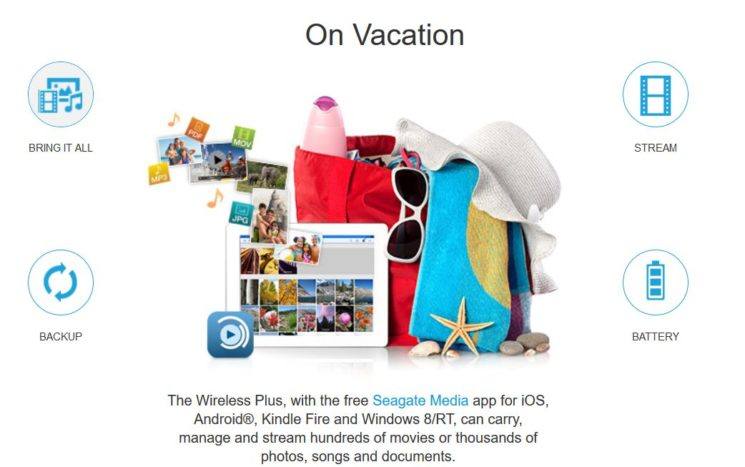 The WD My Passport Wireless Pro can automatically backup photos and video directly from it’s built in SD card reader, or from a camera or card reader plugged into it’s USB port (although I had compatibility issues with various Canon & Nikon cameras). No laptop computer or other device (mobile or tablet) is required.

There is no automated backup of photos and video available for the Seagate Wireless Plus – you have to manually transfer files to the Wireless Plus using a connected laptop or other device (mobile or tablet).

It is important to note that I am not talking about backing up photos and video captured with a mobile device – both the My Passport and Wireless Plus can automatically import images from a mobile device – but this is of no use to professional photographers.

Theoretically both the WD My Passport Wireless Pro and Seagate Wireless Plus can sync local files stored on the drive to cloud storage (Dropbox or Google Drive). However, they both fail to really be able to synchronize with cloud storage for two different reasons.

(Again, the goal is to be able to accomplish this without a laptop – because once you require another device to transfer files, you might as well be using a standard portable USB hard drive.) 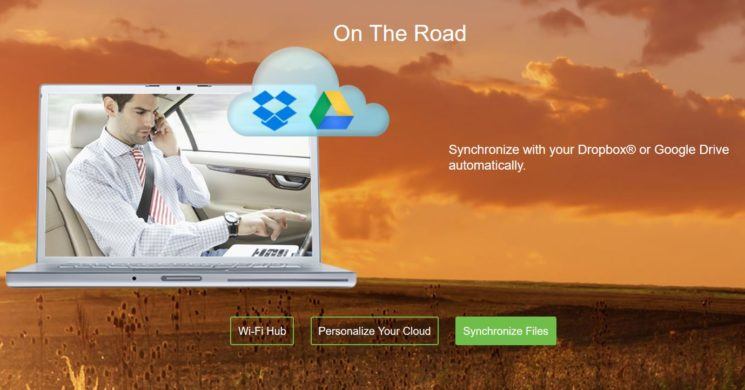 You can manually transfer files to your cloud storage solution with the WD My Passport Wireless Pro by using the My Cloud app on your mobile device or file explorer if connected to a laptop. However, if you’re using a mobile device the transfer is crippled because the files are downloaded to a cache located on your device, the cache is limited to the amount of free space you have available on your device and the files are transferred using your device’s internet connection – not directly from the My Passport itself.

Initially, I thought that Seagate had solved this problem.

Like the WD My Passport Wireless Pro you do have to add files to your local Dropbox folder manually using either a connected mobile device or laptop, then the Wireless Plus will synchronize your Dropbox account automatically whenever it is connected to the internet.

(Click here for detailed instructions on how to sync the Seagate Wireless Plus with Dropbox.)

Essentially, you require two devices to accomplish a task that should be done by one. 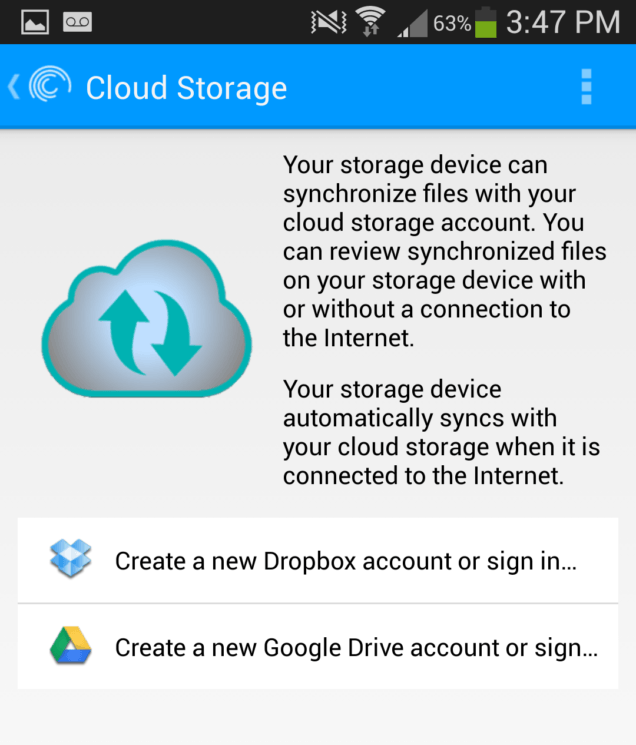 The WD My Passport Wireless Pro can automatically copy files from both an SD card and USB connected device – but cloud synchronization is not usable.

The Seagate Wireless Plus has no automated file transfer capabilities but can automatically keep your cloud storage synchronized with files stored locally – but it must be connected to another device – either a mobile device or laptop in order to access the internet.

If I had to pick one, I’d go with the WD My Passport Wireless Pro because at least it can backup photos and videos in the field without connecting to another device.

However, neither solution really offers a usable field backup solution for travel photographers.

In the end, I returned the Seagate Wireless Plus and just bought a standard portable 2TB hard drive for less than half the cost.

I briefly considered keeping the Wireless Plus, because on long car rides everyone in the car could stream content from one central device – but then I realized that I don’t actually own any movies or music to stream in the first place.

While on the road, I use a laptop to manually copy over photos and video from my cameras and keep Dropbox in sync. I would love to leave the laptop at home (with devices like the Samsung Galaxy S8 starting to be released, a laptop becomes less and less necessary), but for now, a laptop is still required for travel photography.

An even better solution would be for camera manufacturers to grow up and add a full Android OS to an actual camera – seriously, how hard could it possibly be to add LTE, a phone & touch keypad to something like a Sony Ar7II?

Until then, a good old fashioned laptop computer and portable hard drive seem to be the best solution for backing up travel photography and video.

How Do You Backup Your Photos & Video While Traveling?

Do you use the standard laptop and portable hard drive?

Do you have a complex arrangement to copy data to multiple hard drives?

Do you use cloud storage?