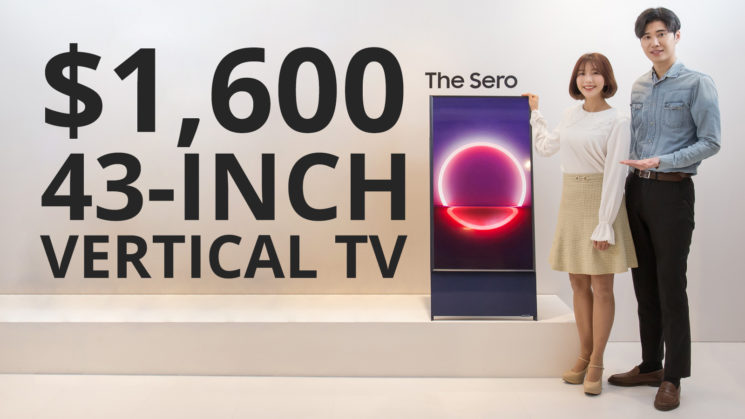 So, Samsung has gone and done it. They’ve singlehandedly destroyed the “You don’t watch TV vertically do you? So, why do you shoot video vertically?” argument. Yes, they’ve announced a vertical TV. And it costs $1,600 (not $16,000 as some sources are reporting).

The Samsung Sero is a 43″ vertical TV allowing users to watch their content in the same way as they do on their phone. Content such as Snapchat and Instagram Stories, IGTV and whatever other vertical content people watch on their phones.

At the moment, it’s only going to become available in Korea, which makes sense as that’s where Samsung is based, for ₩1.89 million (around $1,600). It’s a smart TV to which you can cast your mobile device (I’m guessing Android only, given that Samsung doesn’t make iPhones) and Samsung says it’s designed to encourage young people to project more of their smartphone content onto the TV.

There is a saving grace, though, it can be rotated horizontally, too, for when you want to watch… you know, normal video content. 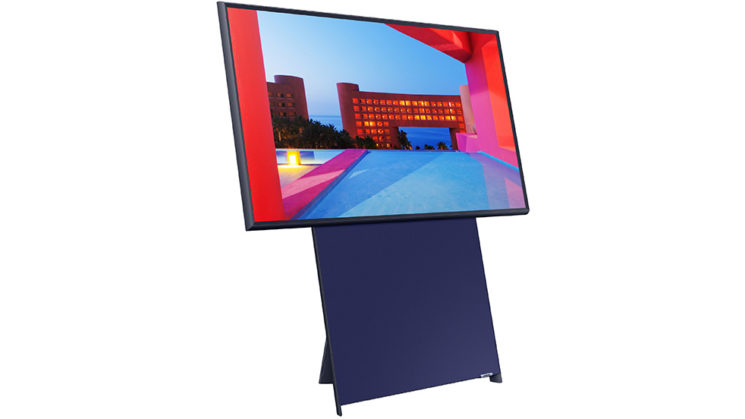 The Sero was presented at a “pop up store” in Seoul, Korea, and is expected to start shipping at some point during May, in Korea. It features a built-in microphone and Samsung’s virtual assistant, Bixby. It can also be set up as a giant photo frame, or as a clock.