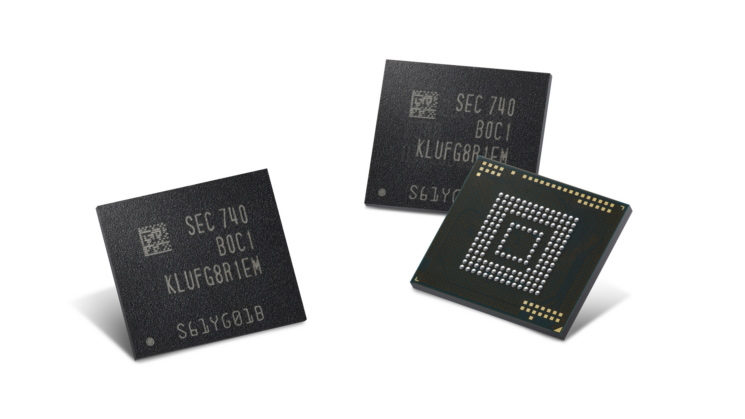 It’s that tablets bit that’s really got me interested. I’m actually quite happy with a phone that has only 64GB or 128GB, as long as I have a way to offload what’s stored on it. For many Android phones, that’s a microSD slot. For my iPhones it’s the Lexar Lightning to microSD adapter. But tablets with 64GB or 128GB feels awfully claustrophobic. I need more space on those.

By assuring an early, stable supply of this advanced embedded storage, Samsung is taking a big step forward in contributing to timely launches of next-generation mobile devices by mobile manufacturers around the world.

The advantage here over microSD is not just larger capacity (microSD currently only goes up to 400GB), but a large claimed increase in transfer speed, too.

As I look at my old iPhone 3GS on the shelf with its measly 16GB of storage space, I think back to when 32GB was a luxury. Storage like 512GB wasn’t even a dream, it was pure fantasy. But it wasn’t really needed then, either. Chase Jarvis had only just brought out his book, and the photos most phones shot were so small they took up very little room. Video had only just come to phones, too.

I’ve replaced my phone several times since that 3GS, but the storage is still relatively small. My iPhone SE has 64GB storage, and I filled that 5 times during DIYP’s visit to Photokina last year. So, more space, especially when shooting video, is definitely a bonus.

You can read more about the full details over on Samsung’s website. There’s no word yet on exactly when these may start appearing.