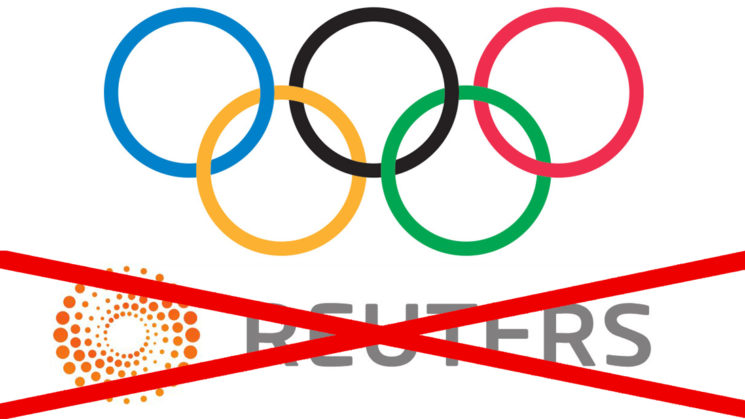 On Sunday, Reuters leaked several photos from the rehearsal of the Winter Olympics opening ceremony. As a result, their photographers and reporters got banned from the opening ceremony in PyeongChang, South Korea.

The rehearsal was conducted late Sunday at the Olympic Main Stadium in PyeongChang. Reportedly, Reuters leaked several photos of the Olympic cauldron being lit up with fire. After the International Olympic Committee (IOC) and the PyeongChang organizing committee protested, Reuters pulled the images. Still, some South Korean media outlets used the leaked photos, and the IOC asked them to remove them.

According to Yonhap News Agency, the opening and closing ceremonies of the Olympic Games are kept under strict media embargoes. It’s not uncommon for a media agency that breaks the embargo to get penalized, and the common penalty is to ban them from the ceremony. The same thing happened to Reuters. Their reporters and photographers have been banned from the official opening ceremony, which is due on 9 February 2018. Also, the IOC penalized the photographer behind the images by revoking his media accreditation.

As Yonhap News Agency reports, the PyeongChang organizing committee plans to “enforce strong penalties” on all media companies and reporters who disobey the embargoes. It’s not said, though, what the penalties will be and how they will differ from banning the media companies from the ceremonies.

This is how Getty gets ready for the Olympics