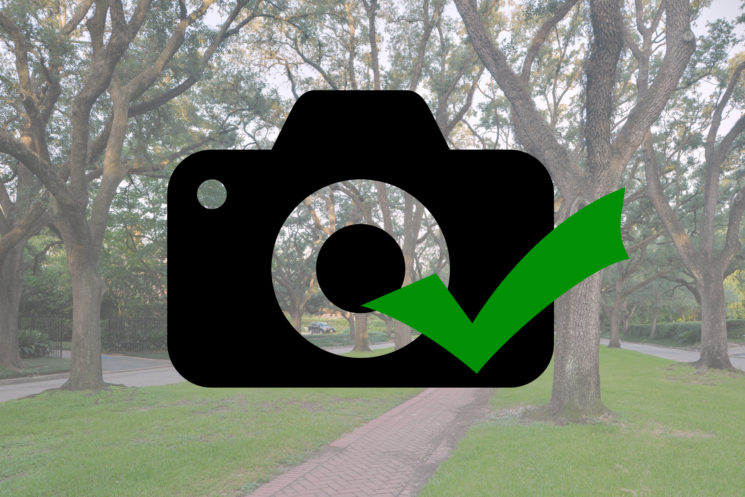 Frustrated by numerous photo shoots in their neighborhood, the residents of Broadacres in Houston posted the signs prohibiting photography. It caused a public outcry on social networks, calling out on Broadacres Homeowners Association for such a drastic move. But, the city of Houston has now confirmed that this popular location is in the public right-of-way. Despite the residents’ attempts to ban them, the photographers are officially allowed to organize shoots in this area.

Cece Fowler, president of the Broadacres Homeowners Association, tells Houston Chronicle that the residents posted the signs in frustration. As Chron reports, up to 40 to 50 shoots per week were taking place in this photogenic area. Some of them involved large groups of people, and large props such as sofas, chairs, and bookcases. As Fowler tells Chron, one photo shoot involved a chandelier hanging from a tree branch. Another drove a Jeep onto the esplanade and damaged the grass, brick walkway and sprinkler system. Because of the events like this, the residents posted signs reading “Welcome to Broadacres; NO photo shoots.”

However, the city of Houston has confirmed that photography should be allowed, and the signs are now gone. Fowler explains that it’s been determined that “the city owns the streets on North, South and West boulevards as well as the brick sidewalks that run down the middle of the esplanades.” When it comes to the grass, it’s owned by the Broadacres Trust. As Chron writes, Broadacres Trust also owns a small park with tennis courts that runs along the west side of the historic neighborhood along Parkway Drive.

Although photographers are allowed to bring their clients to this high-class neighborhood, they must follow certain rules. They must always leave the sidewalks clear for public use. Alanna Reed, the public information officer for the city of Houston’s Public Works department, encourages residents to call the city’s 311 line if there are any obstructions. Reed explains that anyone who needs to block part of the street must get a permit from the Mayor’s Office of Special Events. Photographers with bigger projects should address the Houston Film Commission.

Reed adds that “It’s about having respect for each other and being good neighbors.”

Remember the Golden Rule — would you want somebody coming into your neighborhood doing the same thing?

Additionally, Fowler says that many people have been respectful and quiet during small shoots. However, some commercial photographers have ruined the experience for the residents and made them post the signs in the first place.

There have been some pretty shocking photography bans recently, in an L.A. public park and the City of Laguna Beach. Because of this, I am pleasantly surprised that this case ended in being favorable for photographers. On the other hand, I can understand the frustration of residents. No one would like to have their neighborhood damaged or have the sidewalks blocked for a photo shoot. Still, all this can be avoided if the photographers and their clients simply follow the rules and act respectfully.

« 7 reasons why a 50mm lens needs to be part of your kit
This camera filmed its own disappearance, crossed 350 miles and reunited with its owner »