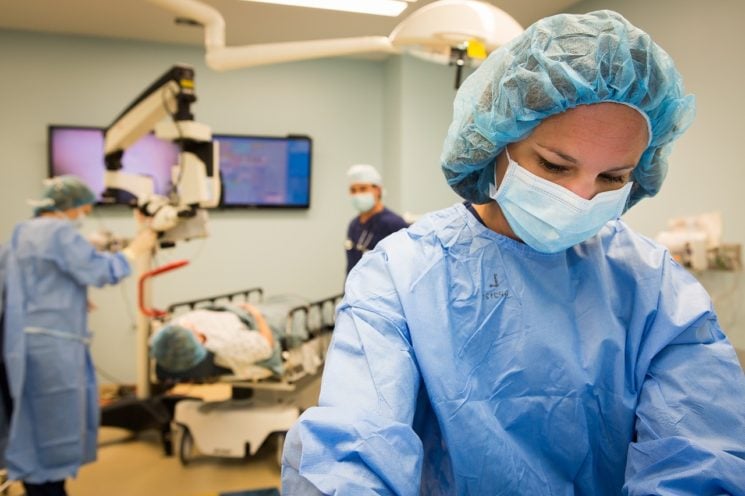 Okay, I think the selfie-craze has gone too far. The doctors at Clinical Center in Niš, Serbia have recently shocked the public with a set of selfies taken in the middle of a surgery. They proudly posted the photos on their Instagram accounts and caused a massive public outrage on social networks.

In December 2017, the Clinical Center in Niš was moved to a new, larger and modernized building. According to Politika, some of the first surgeries were performed at the end of December. But it seems that the first neurological surgery was performed a day or two ago. It would have been great news if we didn’t find it out from selfies the staff themselves posted on Instagram. 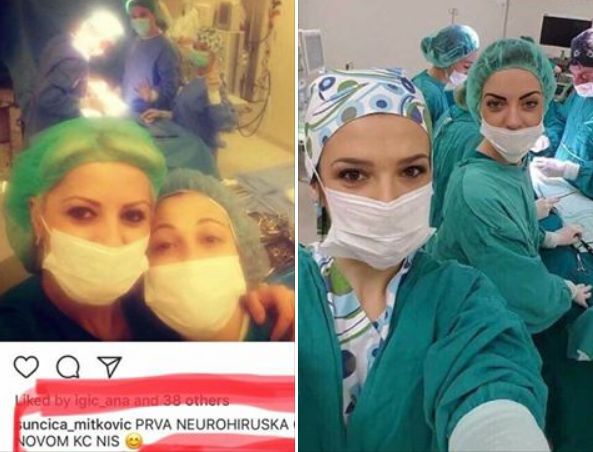 A screenshot from Ženska posla

While the surgery was ongoing, a few doctors/nurses were apparently having some fun taking selfies. They proudly posted them on their Instagram accounts, with the title reading “The first neurological surgery at the new Clinical Center in Niš.”

As you can imagine, this post has caused some fierce reactions. Most people commented that this is a disgrace and that they should be fired immediately. Some of the commenters said they’d sue the hospital if they were in the patient’s place. In the flood of angry comments, some people also made jokes. I can understand that up to a point – when something is so horrible and you can’t change anything, sometimes the only thing you can do is make a joke.

Frankly, I don’t feel like joking. I don’t know where to start. Taking a selfie instead of focusing on your work is unwelcome whatever your workplace is. But if you are a medical worker, and you’re in the middle of a surgery… I’d say that’s the worst possible situation to take a selfie. And should I mention that a cell phone has more bacteria than a toilet seat? I wouldn’t say it’s safe to touch your phone and then get back to the surgery.

Since there is no reaction from the Clinical Center in Niš, we have contacted them for the comment and will update this post if we hear back.

« Canon shares a photo on social media without crediting the photographer… Oh! And it was shot on Fuji
Facebook will soon make it even harder to reach your audience »