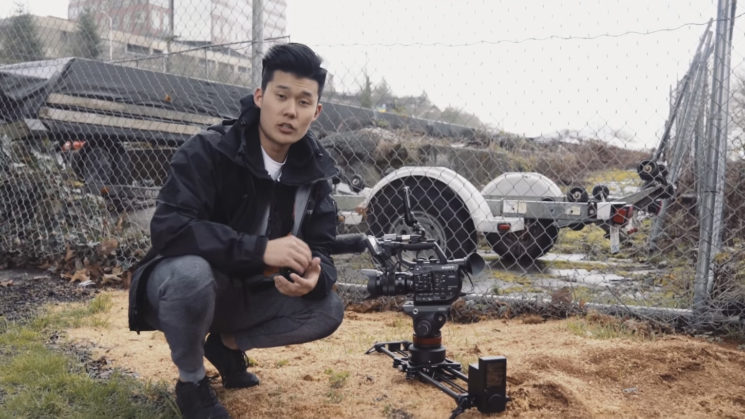 These phone vs “real camera” comparisons are getting a little old. They usually end up one of two ways. Either the DSLR or video camera absolutely hammers the phone, or the phone does surprisingly well – which is often just a case of circumstance. And while this video from Rhino Camera Gear does touch on some of that, it also looks at some of the more specific advantages of a big heavy Sony FS5 camera rig vs the relatively tiny iPhone X.

Despite owning at least a dozen cameras capable of shooting 1080p or 4K UHD video, I still often find myself using my phone for certain things. It’s just much more convenient. I’ve even mixed smartphone b-roll footage into the main edit shot by “proper cameras” a number of times. 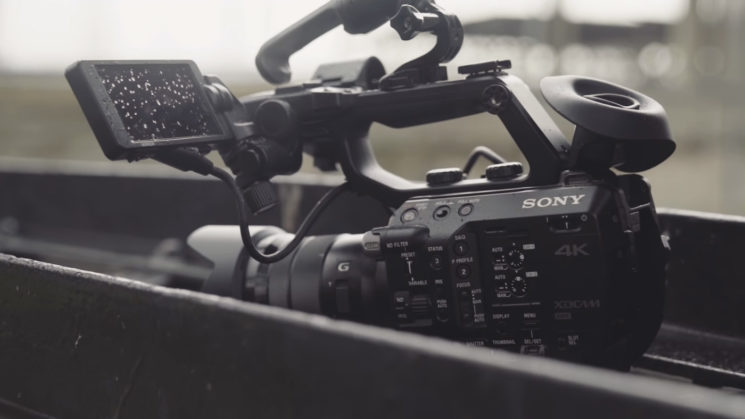 So, the pros of the Sony FS5 are quite obvious. You’ve got a pretty amazing camera that produces very nice footage. You’ve got a super 35mm sized APS-C sensor with a lot of dynamic range. It’s ergonomic and modular, so you can plug all kinds of things you want into it to tailor it to your own needs, as you can with many other cinema cameras from Canon and RED. And you get full manual control over all of your settings. It’s exactly what you’d expect from an actual video camera.

So how can there be any cons? Well, it’s not exactly a subtle looking setup, for a start. They’re big and heavy, and when you’re out shooting with something like this, people notice you. They stop and stare, and sometimes, depending on where you are, can get quite confrontational. They can also be a pain to set up. Unless it’s just laying on the back seat of your car as you travel, or in a case designed for your fully set up custom rig, it’s not just ready to go at a moment’s notice. 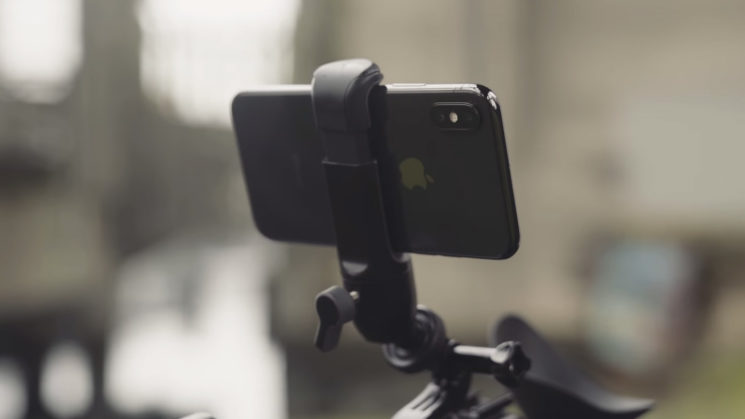 Inversely, the pros of the iPhone and other smartphones are the opposite of the FS5’s downfall. It’s small, compact, and isn’t noticed when you’re using it. Even if you’ve got it on a handheld gimbal, people tend to not notice. I’ve walked around plenty of times with my phone in my Zhiyun Smooth-C gimbal, and nobody’s looked twice. It’s also ready to go as soon as you need it. All you need do is take it out of your pocket, hold your finger over the fingerprint reader, and tap an icon to fire up the camera app and you’re good to go.

Of course, you can take things a little further, which the guys from Rhino do say they plan to cover in a future video. You can make it take a little while to setup and increase your chances of getting better footage. An app like Filmic Pro goes a long way towards that. You get full manual control over your ISO, shutter speed and white balance. You can even get a super flat “log” style colour profile.

But without that, the cons kick in. The camera apps distributed with iOS and most Android phones are usually pretty terrible. Auto-everything with little room for any kind of control. They exist. My ASUS Zenfone 4 has a great camera app, but they’re not always so intuitive or useful. You usually have to deal with automatic exposure, which can shift as somebody just walks across your shot. Same goes for the white balance. Their dynamic range isn’t that great, either, and they’re usually oversaturated. They have tons of depth if field due to tiny sensors.

But, depending on the scene you’re shooting, you may never be able to notice the difference. And they are convenient.

I don’t think a phone will ever replace a real video camera (or a video-capable DSLR or mirrorless), but I don’t think the bigger rigs also win out every time, either. Both have their advantages and disadvantages.