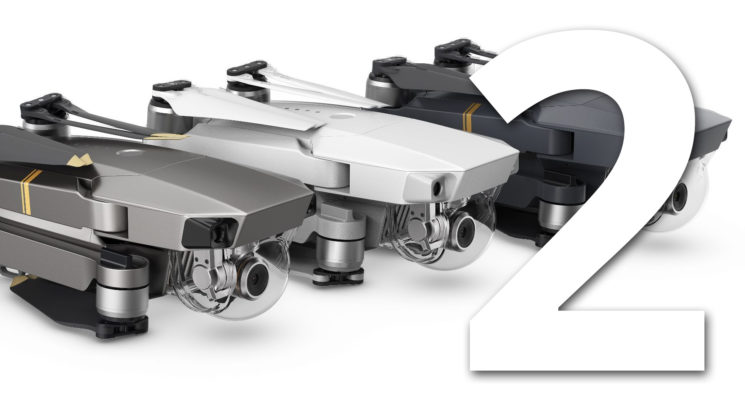 Hot on the heels of the new DJI Mavic Air, we’re already starting to hear rumours about the Mavic Pro’s real replacement. A new Mavic Pro II. And the big news is that the sensor gets an upgrade from 2/3″ to a whole 1″ like the Phantom 4 Pro. Not only that, but there’s also a big increase in battery capacity for 35 minutes of flight time. And there’s said to be a pair of rear sensors. And according to DRN, it’s already in production.

Rumours of a Mavic II go back to late last year. But that turned out to be the Mavic Air, instead. And, to be fair, it looks pretty amazing, especially for its size and cost. But it’s not quite the Mavic Pro successor that many were hoping for.  The Mavic Pro II definitely addresses that, though.

If the information is correct, the camera is being upgraded to a 1″ sensor. That’s the same size as that found in the Phantom 4 Pro. Whether it’ll be the exact same sensor or a newer generation is unknown. But this should help with ISO performance, dynamic range and overall detail. 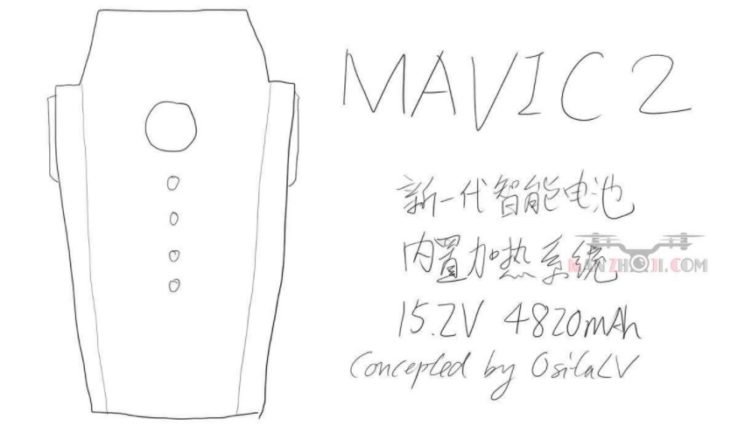 That’s almost double the overall capacity. That means we’re seeing an upgrade from a 3 cell LiPo to a 4 cell. Again, like the Phantom 4 Pro. Now, that extra cell is going to carry a little extra weight, no doubt will a larger sensor camera (slightly), and there are an extra two rear sensors to account for. So, while the battery may provide nearly double the overall output, you’ll only get about an extra 5 minutes flight time over the Mavic Pro Platinum. Still, 35 minutes is very good.

DRN say that they’ve been told to expect the new DJI Mavic Pro II to be released as early as March 2018. It wouldn’t be an unusual date, as it would fall in line with The Photography Show in the UK. But it is unusual to be announcing something around a show so relatively small, especially with NAB coming up in April. But, if it’s a March release, we’re not going to complain. DJI will be at The Photography Show, as will we, so if it happens, we’ll be there to find out all about it.

With the new Autel EVO looking set to take on the Mavic Pro Platinum, it will be interesting to see if these specs turn out to be true, and what other surprises the Mavic Pro II may hold.

« Here’s all you need to get started with tube light painting in just two minutes
The pros & cons of shooting on a smartphone vs a $5,000 cinema rig »