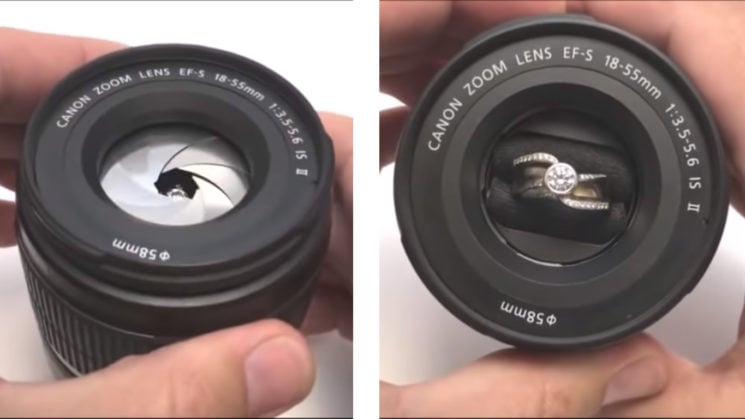 We’ve seen our fair share of crazy, bold, funny and beautiful proposal ideas. And if the love of your life happens to be a photographer, Kelo Designs has a perfect ring box: shaped as a lens. When your loved one opens “the aperture,” they won’t let more light hit the camera’s sensor. Instead, the special ring will be revealed and hopefully make your significant other say “yes.”

Matt Zabloski of Kelo Designs has been creating mechanical ring boxes for a couple of years now. The mechanism resembles a lens aperture, so he came up with an idea: why not make a ring box that actually looks like a camera lens?

So, the latest addition to the collection is similar to existing models in terms of operation, but Matt explains that he had to design an entirely new mechanism to fit it into a camera lens. The boxes are made from upcycled camera lenses, and Matt started from a Canon kit lens. The prototype he ended up making is made of CNC cut aluminum parts, which he sandblasted and black anodized to resemble a real lens. The “aperture blades” were made of stainless steel, and there’s even a Canon mount so the ring box can actually be attached to a camera. 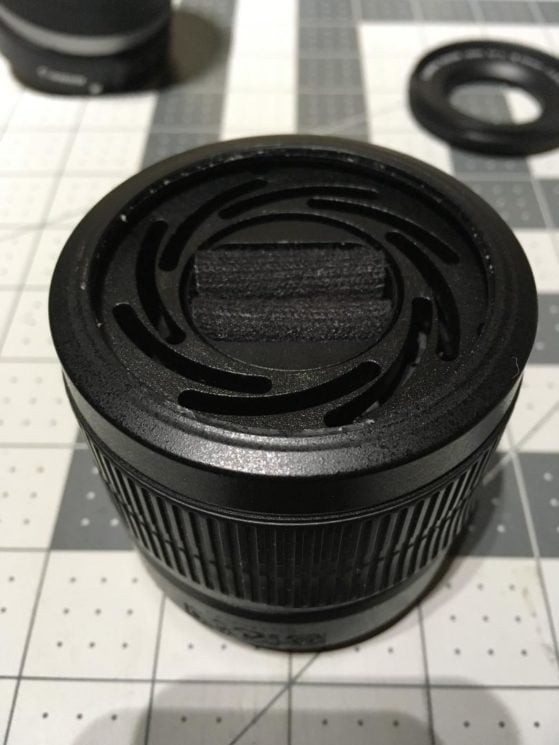 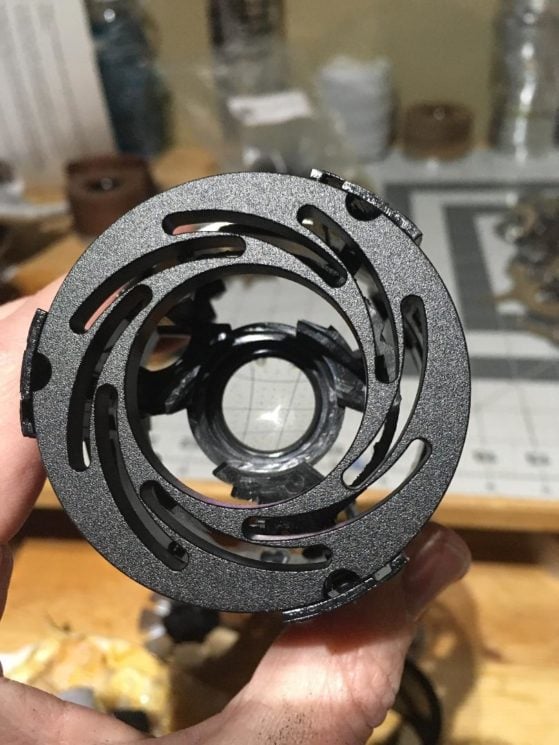 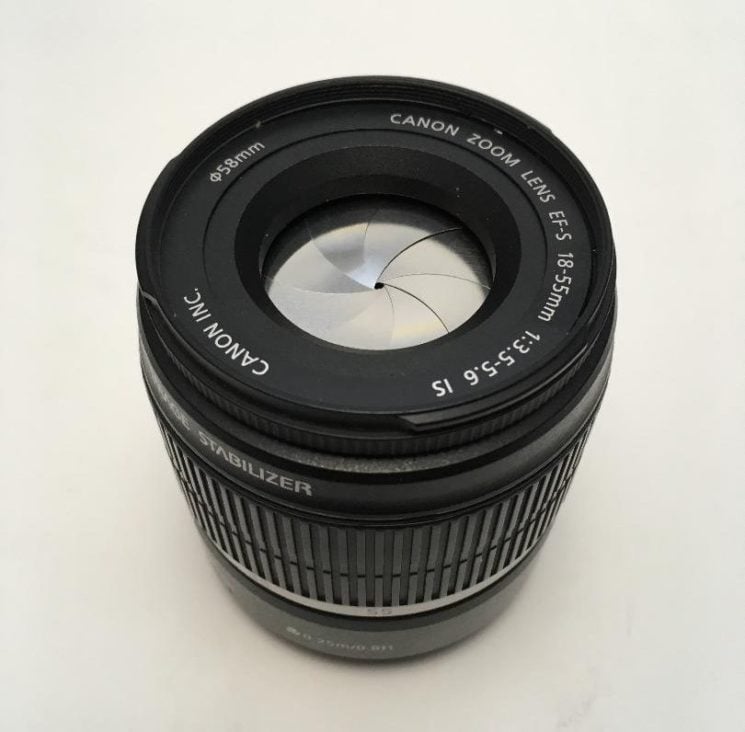 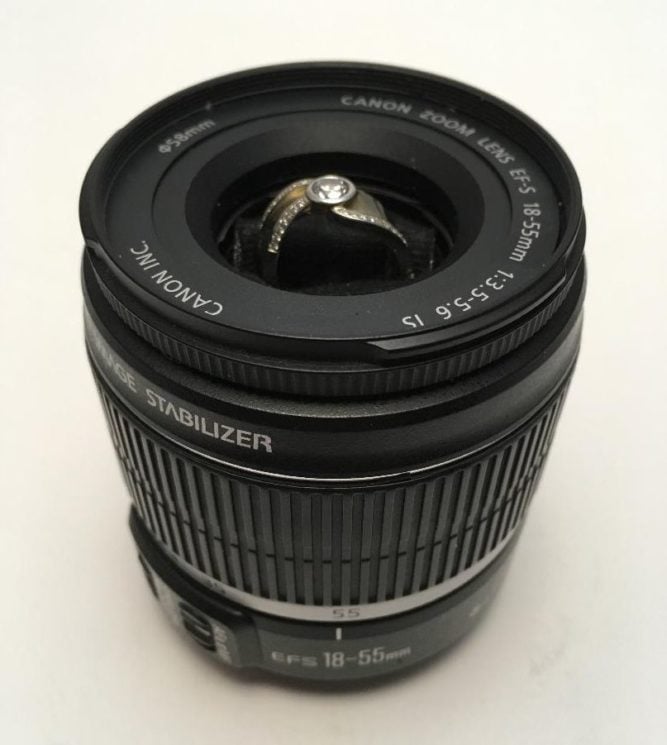 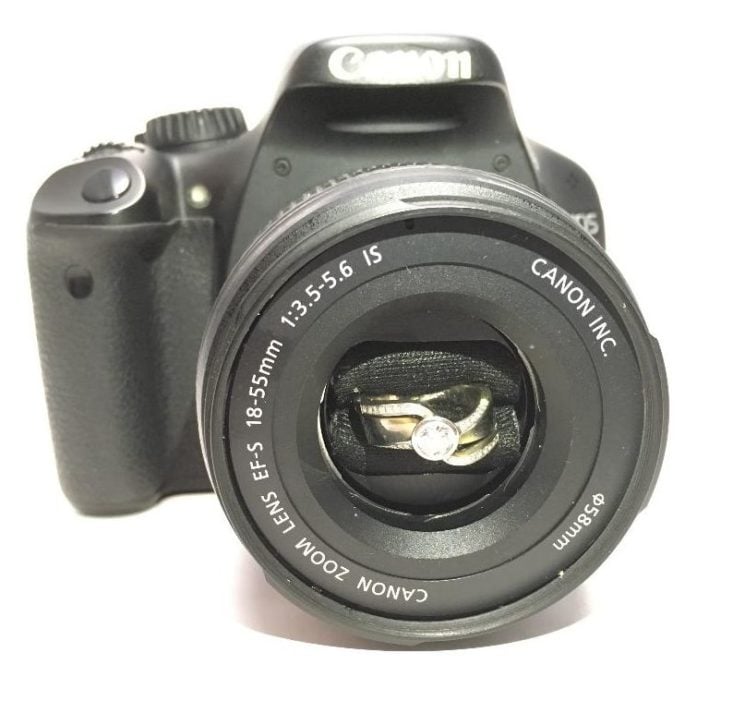 As a Nikon shooter, I asked Matt if he plans to make a Nikon version as well. He told me that it’s on his list of things to try. As a matter of fact, he’s even got a couple broken ones he can tinker with a bit. However, Matt thought it would be pretty easy to accommodate his existing ring box designs into a Canon lens, but that turned out to be much more difficult than he’d anticipated. Therefore, he worries that adapting a Nikon lens will be equally as daunting. But, he’s willing to give it a shot.

Matt says that people have also been asking him why go through all the trouble with the CNC cutting and all, and not just use an L lens. The answer is that Matt was hoping to come up with something that was a bit more accessible. Another thing is that he was worried that a camera aficionado would like the ring box, but be disappointed they weren’t receiving a new high-end lens.

Limited quantities of “Focus” ring box will be available from September 2018, priced at C$189 (around USD $145). It will be shaped as a Canon lens, but in case your loved one is a Nikon shooter, you’ll probably need to wait a little while for the Nikon option. You can then pair it with this Nikon chocolate, and I bet a “yes” is guaranteed. : D

This photographer lives in a camera-shaped house with his sons Canon, Nikon and Epson