If you ever thought that water drops are polite beings, just waiting for us to set up a strobe and take their picture, you could not be more in error. 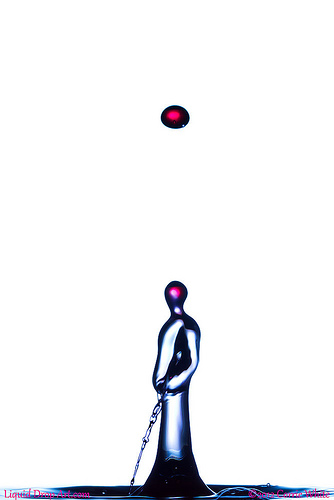 It is true that usually they play nice and cooperate, but every once in a while they show their true nature to tell us, “Hey! we have feelings too!”

Photographer Corrie White has been taking plenty of water drop photographs over the years and between the regular awesome photos she found a few where the drops were just doing their thing.

More pictures and a description from Corrie after the jump 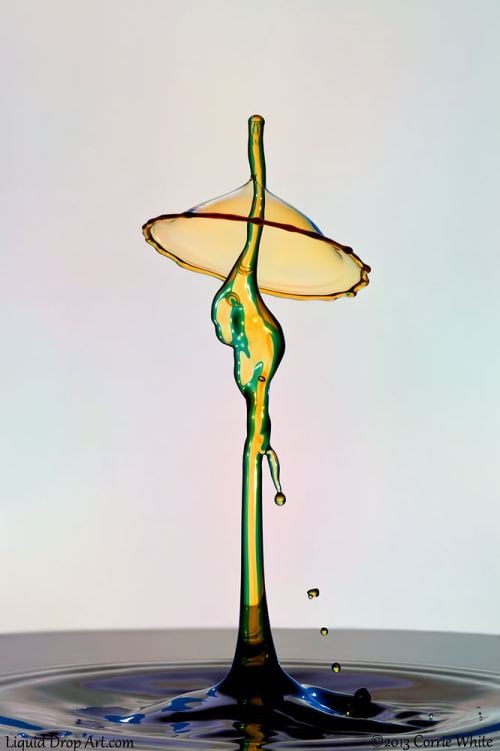 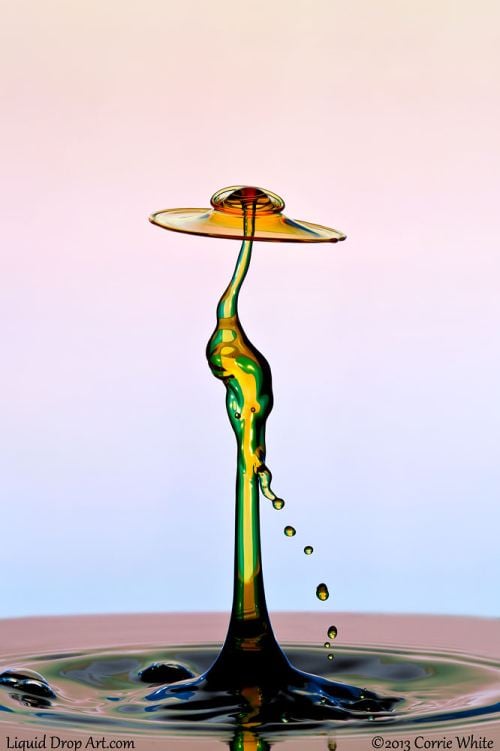 Here is how Corrie describes it:

One of the most interesting thing with water drops is serendipity. It’s those pleasant little surprises that happen when you are making changes or setting up.

“Relief” happened while I was setting up the lighting for a session and this little man appeared from the settings that were still in the control box on The Time Machine. Fortunately, I checked the screen this time or he would have remained incognito forever.

This same thing happened again a short time ago and this time it was due to some changes I was making in the settings. When you are using additives you may get strangeness such as these. Also, when there are no additives in the base water, you will likely get thick columns or some like these where they are lumpy and the water will wrap itself around the column and expel a bit here and there.

This is one of the fun things with water drops. You just never know who or what will appear in your water tray.

And a quick note about authenticity: We are including a few originals to show they are not manipulated – only cleaned up.  People think some of them are edited, but if I were to do that, they would be amazing!;-) 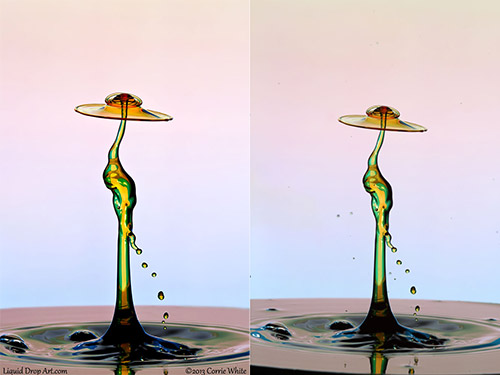 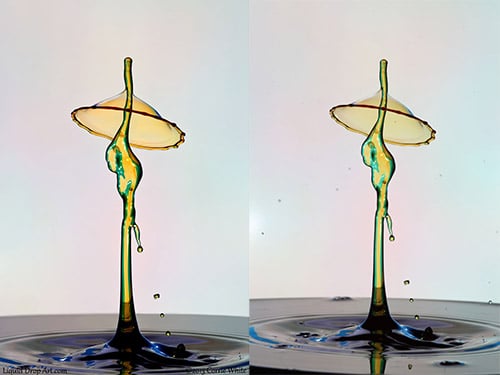 This is not the first time Corrie is featured on the blog, She wrote two great tutorials: The first is the Comprehensive Water Drop Photography Guide which is one of the most popular posts on the blog, and the second one is a guide on How To Shoot A Liquid Flow. Besides, she dome some crazy things with stop motion and colored gels.

Corrie White is a photographer based in Ontario, Canada. She shoots breath taking water drops and other water inspired photographs. You can follow her art on her Flickr stream, on her site, or on Facebook.