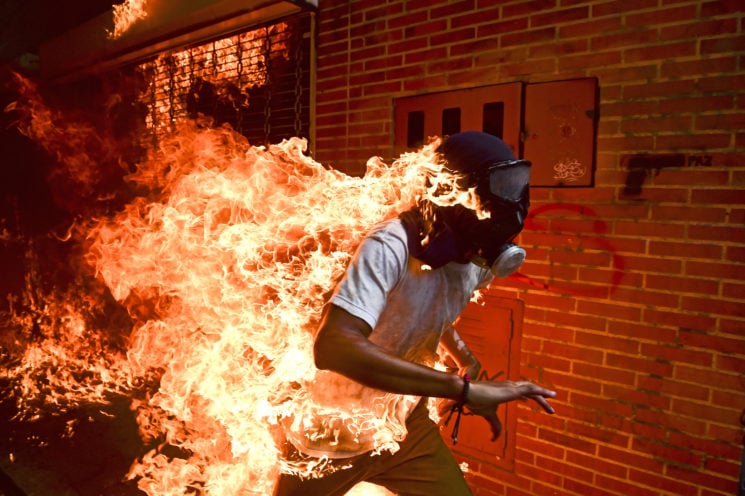 In a break from the past, World Press Photo (WPP) released the short list of finalists in advance of naming the winners to their annual contest – arguably the most prestigious in all of photojournalism.1 The photos are remarkable for their composition, exposure and intimacy. But judging by the subject matter one might surmise that we’re living in a hellish dystopia, or that the jury believes pain and suffering is the most valid form of photojournalism. 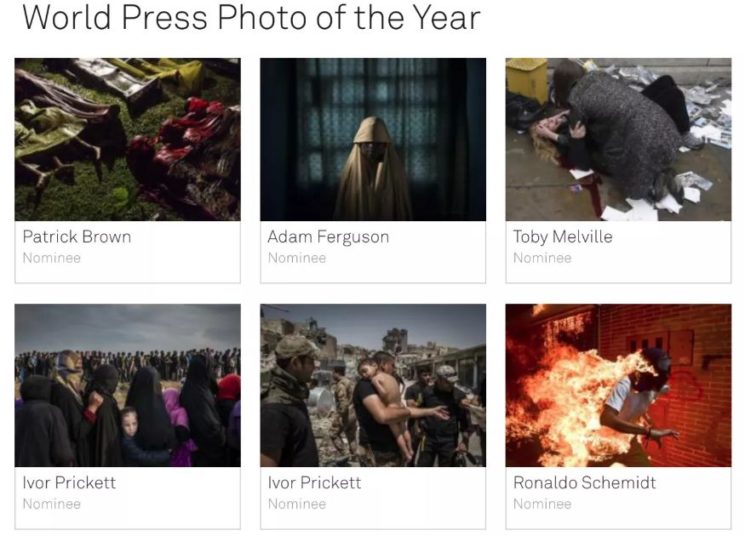 A more nuanced look at all the finalists reveals a broader range of subject matter, but that doesn’t alter the fact that the Photo of the Year candidates have an obvious and often despair-laden quality to them (as do many photojournalism contests).

The tendency to value these types of scenes and subject matter made the 2014 selection of John Stanmeyer’s photo all the more startling. In contrast to most years, Stanmeyer’s photo of migrants in Djibouti trying to catch cheaper cell signals from neighboring Somalia depicted an everyday struggle of strangers in a strange land without relying on bloodshed or violence. 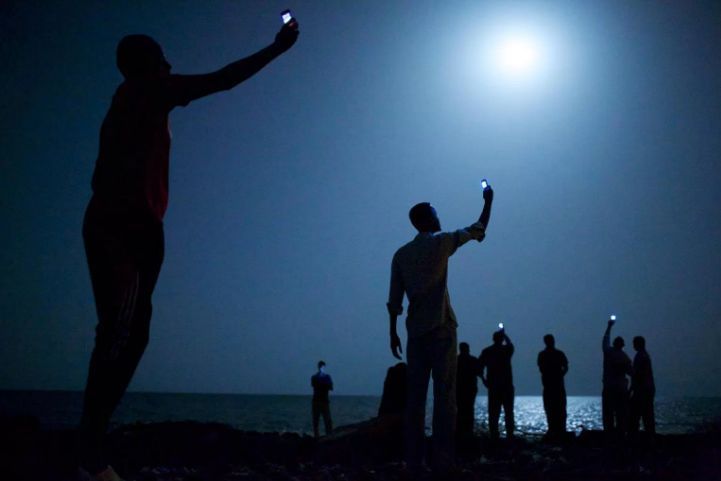 This matters because awarding the industry’s top prize to fire and brimstone images flies in the face of the actual trend of improving conditions around the world (if Bill Gates and Steven Pinker are to be believed).

Most contests provide very little guidance to their juries, which tend to rotate annually. Consistency or a longitudinal vision for a contest’s raison d’être are typically not a part of a jury’s purview. Juries are therefore likely to conform to their “brand perception” of a given contest.

Jurist Thomas Borberg said in a WPP-produced video that “You have to be able to feel a World Press Photo in your stomach. If not, it’s not a World Press Photo.” Given this position, it’s not surprising that violent images are the ones that provoke stomach churning reactions.

Media reinforces and shapes public perception whether intended or not. And the same photos and photographers tend to win multiple awards in a given year, thus generations of photojournalists are led to believe that contest-worthy images must conform to a certain look-and-feel. This isn’t just conjecture. A well-known documentary photography who eschews photo contests told me in response to the WPP images, “Disaster porn photojournalism is corrosive to that idea by constantly saturating our media world with the message that the world is hell and never gets any better. Therefore, the logic goes, things like foreign aid are a waste and trying to help places like Africa is doomed to unending failure.”

Why do the final photos have to be of a man on fire or legs beneath a body bag? Why not the world’s largest lithium ion battery that solved an energy crisis in Australia? Why not a portrait of Tarana Burke? Are these images not salacious enough for a contest-sized appetite?

Contests (and portfolio reviews) are, for better or worse, efficient mechanisms for photographers to market themselves. This isn’t a clarion call for the elimination of either. But photographers, photo editors and contest organizers might reconsider how the selection of winners forms its own narrative of the world, and whether this narrow distillation creates a restricted and distorted view of reality.