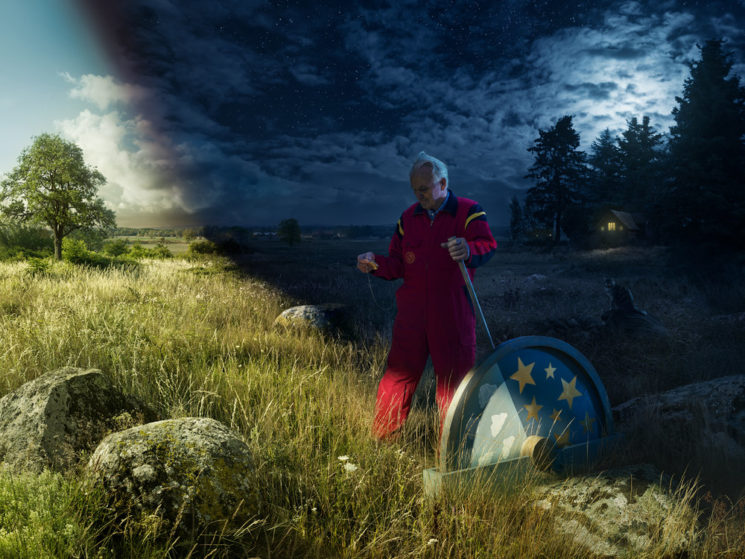 Swedish photographer Erik Johansson is known for his dreamy and surreal images. This time, he decided to depict the change between day and night. As always, the artist of great imagination took a lot of time and effort to turn his idea into a photo, and in this video, he takes you behind the scenes of his latest project.

The image he titled Daybreaker was shot in August 2018. And just like all Erik’s conceptual images, it started off with a sketch. He drew his idea by hand first, and if you ask me, even what he calls “a sketch” is a little work of art. Then, he moved on to sketching the wheel, so he could cut it precisely and get it ready for the shoot. 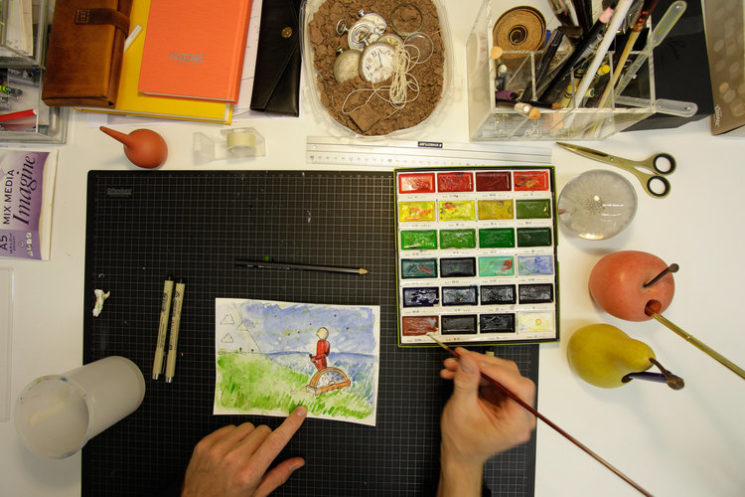 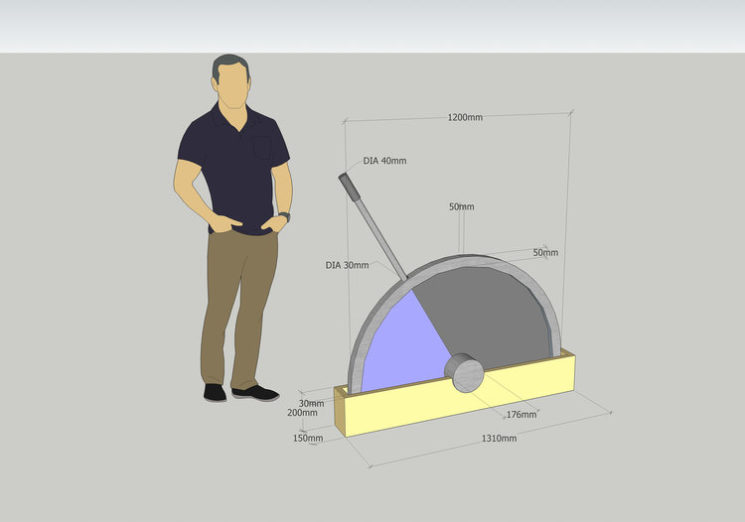 After sketching, there came the making of the wheel. Erik cut out the pieces and brought them together, and added the details such as stars and clouds – all hand-cut and hand-painted. And when this was done, Erik did some location scouting and planned the photo shoot thoroughly. 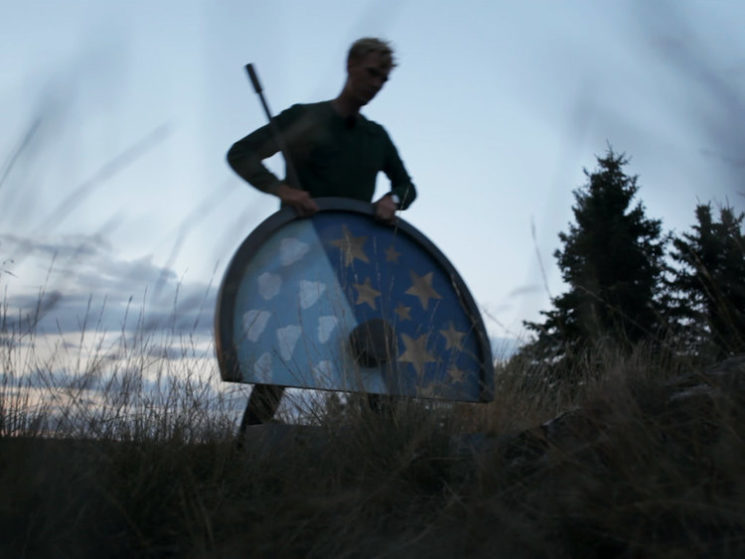 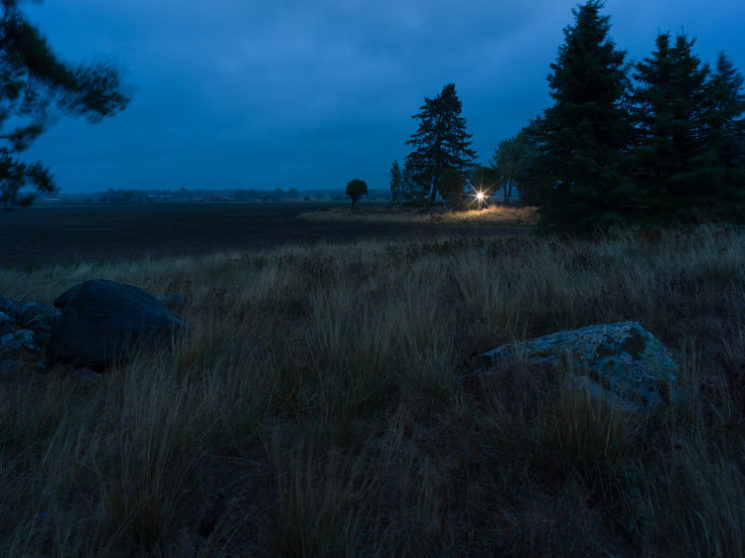 On the shooting day, Erik and his team set up the props and the lights at the location and he photographed his model. The artist writes that he wanted to capture the light hitting the model in a realistic way, meaning that both the “sun” and the “moon” needed to look realistic. So, for the sun, he used one flash (Profoto Pro7b 1200ws with Telezoom Reflector, 1/4 CTO). For the moon, he used another light hitting the model and the prop from behind with a colder light (Profoto B1X with a white umbrella, 1/2 CTB). In addition, Erik used a large black fabric to flag “the sun” so it would only hit the legs of the model and parts of the lever. When it comes to the gear, this photo was taken with a Hasselblad H6D-50c at 50mm, 1/60s, f/8, ISO200. 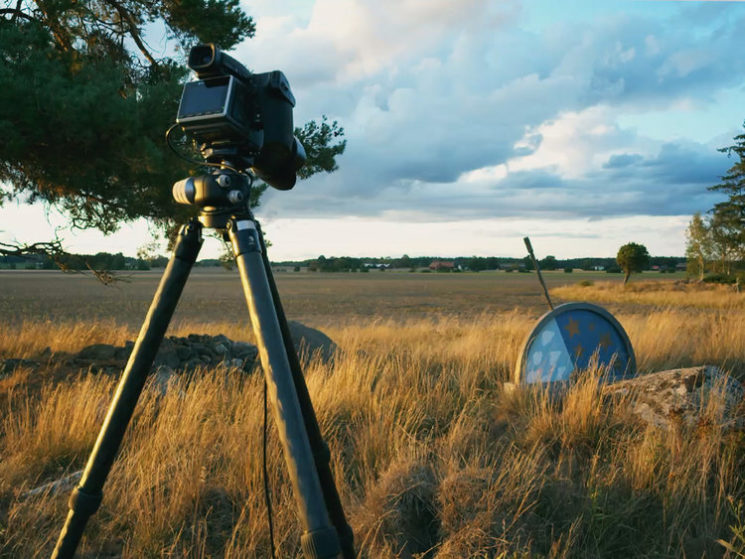 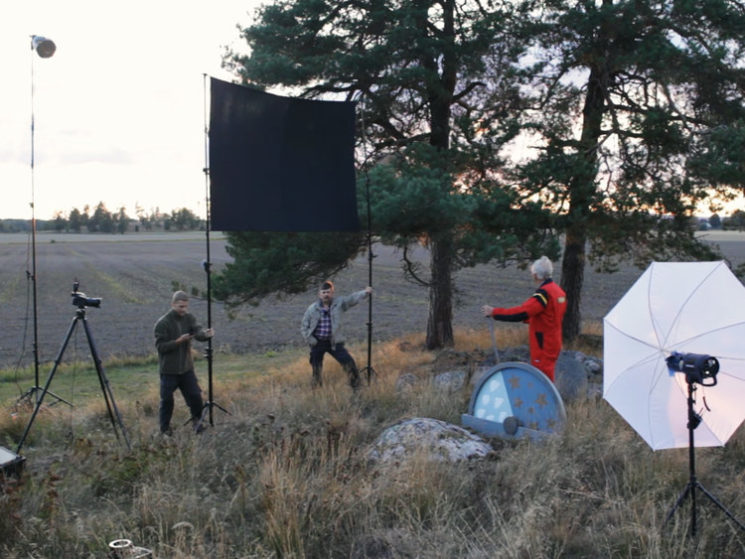 Finally, it took some post-processing to get the colors and some details just right. Also, the cat and other parts you can see in the background were photographed separately and added to the scene in post. And this is the final result.

To me, Erik’s photos look like scenes from a dream, and Daybreaker is no exception. He even got inspired by the moment of falling asleep in one of his earlier projects, so he created a photo that depicts this very moment. If you enjoy Erik’s photos and want to see more, make sure to visit his website and follow him on Facebook, Instagram, and his YouTube channel.