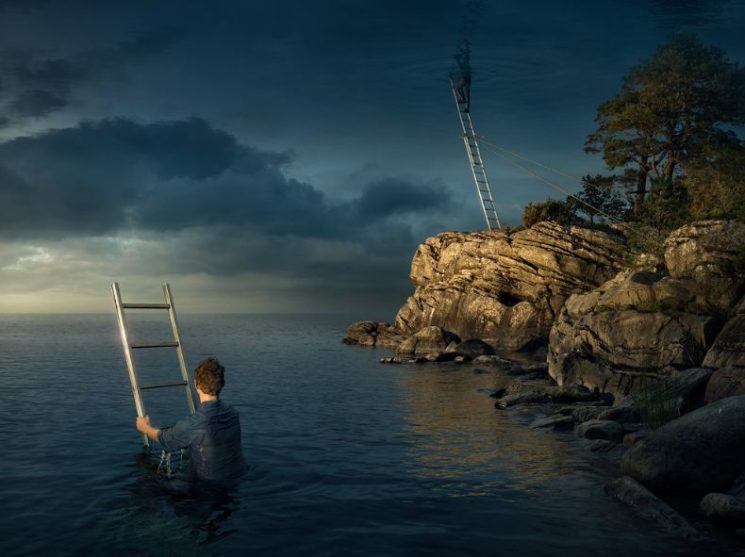 You may remember Swedish photographer Erik Johansson for his popular mirrored lake project or Full Moon Service. He has created another fantastic conceptual image named All Above the Sky, and he has shared some details about the creation of this image with DIYP.

As Erik tells DIYP, All Above the Sky is a project that he wanted to realize for a long time. However, it wasn’t until the summer of 2017 that he decided to start working on it. He says it’s a pretty weird concept, but he wanted to capture the idea of ending up in an unexpected place when looking for something, in this case literally.

His location of choice was the lake “Vänern” in Sweden, the largest lake in the country. It was a calm, late summer evening as the rain was sweeping by on the horizon. He set up his gear and started taking the shots for the final composite.

Erik used a Profoto Pro-7B 1200ws with a Magnum Reflector to light the rocks from the left and then later shot the model in the same light in the water. Everything was shot and filmed on Hasselblad H6D-50c with the 50mm f/3.5 II lens. 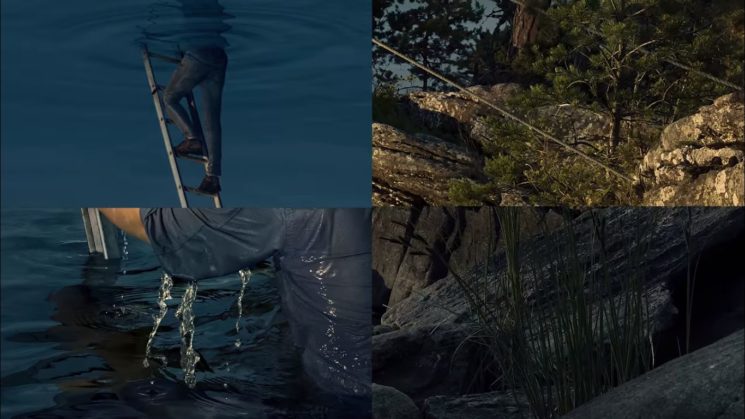 You can see in the BTS video how the process looked like, and what photos Erik used to create the final image. As always, the result is fantastic.

[All Above the Sky – Behind the Scenes | Erik Johansson]