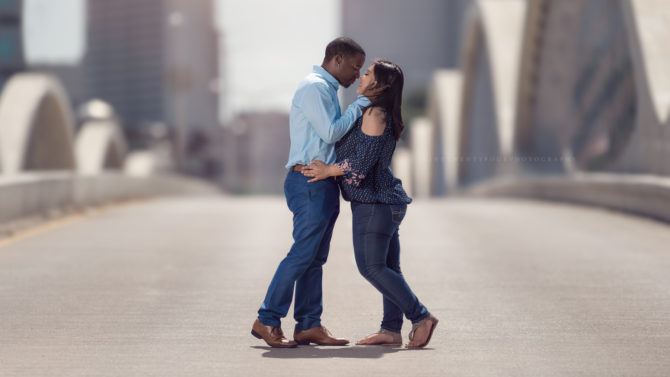 Shooting portraits in the middle of a road isn’t something that many photographers do. Some roads, though, are worth it, especially when they have such good looking surroundings.

For Photographer Keydrin Franklin, it’s become a speciality and it’s why many of his clients choose him. For this session, the destination was the 7th Bridge, in Fort Worth, Texas.

DIYP got in touch with Keydrin to find out more about the shoot.

Originally, this session was scheduled for the evening of July 9th, however, we experienced torrential downpours and high winds so we rescheduled for July 10th at high noon.

Although this is not my preferred time to shoot, I was confident that my Profoto lighting system could handle the harsh natural sunlight with no problems.

I wanted to shoot on this particular bridge for a while, so when Jamal and Heather said they were comfortable with it, we went right to work.

When shooting on a road, the biggest concern is always safety. You don’t want to be fiddling with your camera when a car comes rushing up behind you. You also don’t want to be holding up traffic. Keydrin takes no chances with this aspect of a shoot.

My main priority when shooting on active roads is the safety of my clients and my family. If for any reason I feel that the environment is not safe, we will move to a location with lighter traffic.

I began assessing the traffic flow prior to doing anything that involved them moving into the road. Although this area is pretty popular, it was not as crowded on this particular Sunday afternoon. 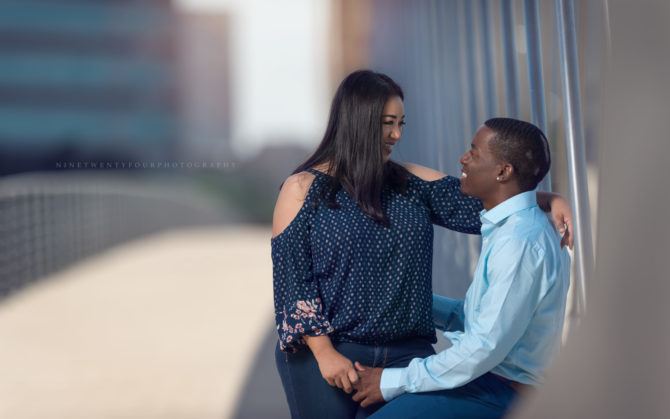 I timed the red lights at both ends of the bridge to gauge approximately how long we would have to be in the road and get out safely. We also discussed and practiced this pose in an area away from the road.

To further prepare, I made the necessary camera adjustments before moving in the road. I first set my aperture, followed by ISO, and then adjusted my shutter speed to underexpose the background by ¼ of a stop. Profoto lighting for this shot was set to TTL power level 10.

For Keydrin, sessions like this often become a family affair. His wife, Kara, acts as lighting assistant. Their kids become spotters and shoot behind the scenes images.

Once it was safe to do so, Jamal, Heather, my wife, Kara, and I moved into position on the bridge. 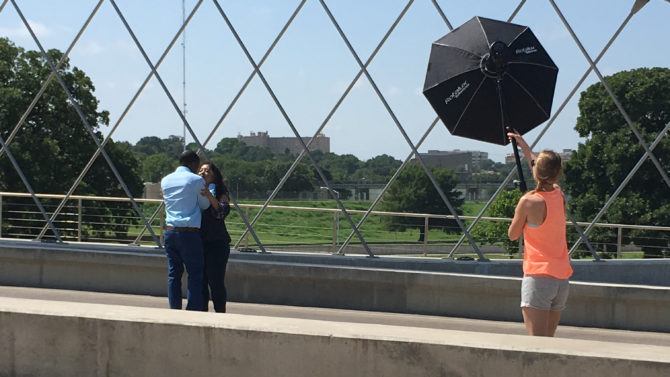 I was about 100 feet away from the clients, while Kara was about 8 feet away and outside of my framing. We had roughly 30 seconds to get in position, shoot, and get out. 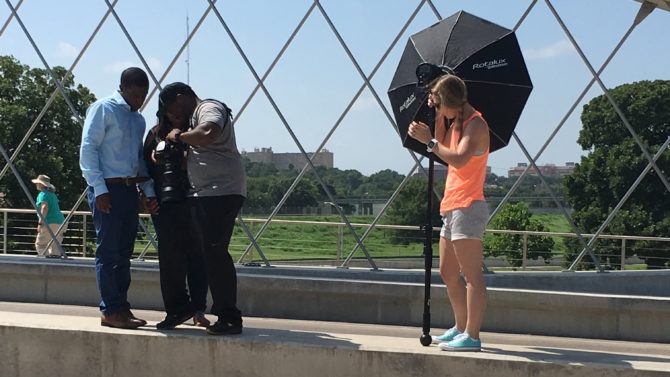 In between shots, I reviewed the images with Jamal and Heather and made minor tweaks to their posing. My daughter safely captured the behind the scenes (BTS) images. My son also acted as a traffic spotter for me.

Having people you can rely on in situations like this is vital to making sure everybody stays safe while still getting great shots.

If it looks like it’s going to be too risky, then don’t take the chance. Move on, and find somewhere safer. Like a park. 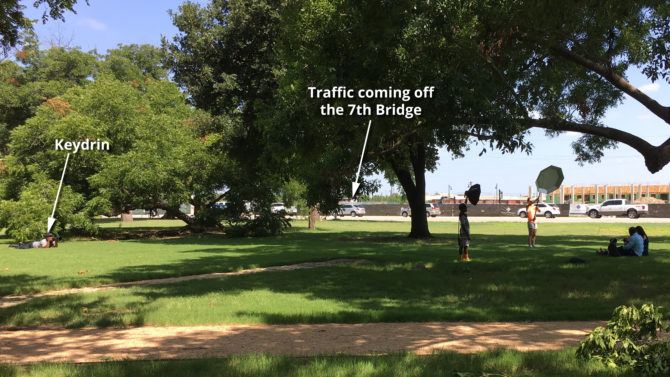 Keydrin often lies down on the job to get a lower perspective. The Nikon 200mm f/2 VRII helps him produce a great cinematic look, but means he must often shoot at a distance. This doesn’t always make giving direction easy, but the results are sure worth it. 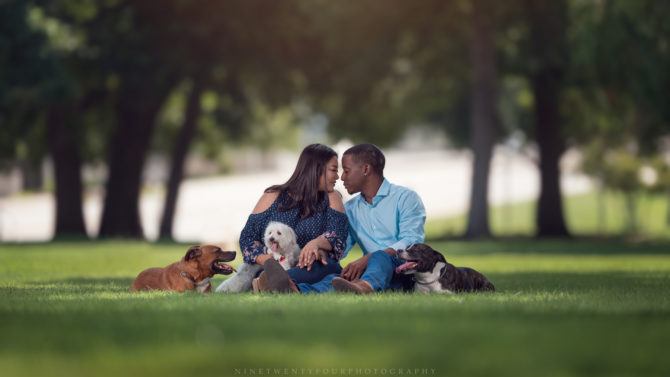 So, if you’re going to shoot near a potentially dangerous location, always make safety your number one priority. You’ll also want to have several backup locations handy, too, just in case.

« 4 Tips to help you tell a story with your work
Full Frame Sony A7II vs. Crop Sony A6000, which is better for portraits? »