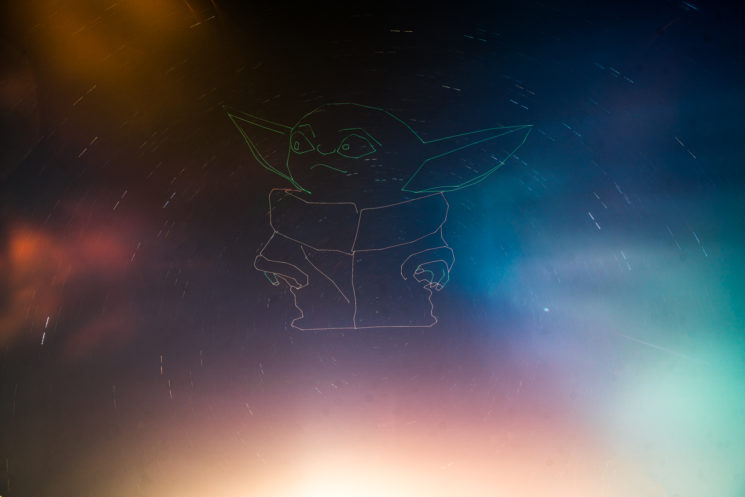 When I say “The Mandalorian,” what’s your first thought? I bet it’s Baby Yoda, that mysterious and incredibly adorable creature. Shortly after the series was aired, memes about it took the Internet by storm. However, “The Child” hasn’t only inspired meme creators, but artists as well.

One of these artists is photographer Russell Klimas, who created an epic light painting of Baby Yoda in the sky using his drone. Russell kindly shared some photos and details with us, explaining how he did it.

Russell started by finding a photo of Baby Yoda that he wanted to use. He uploaded it to Google Earth as an overlay and then created placemarks so he could trace the photo with his drone. Then, he imported the course to the Litchi app, so his drone could follow the given path and draw the Baby Yoda in the sky with a Lumecube. 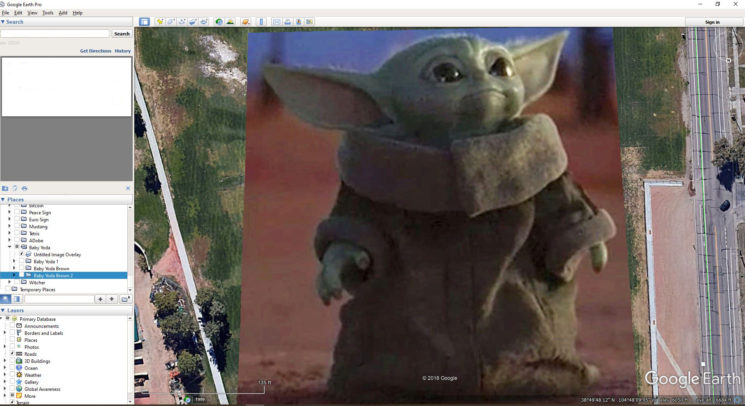 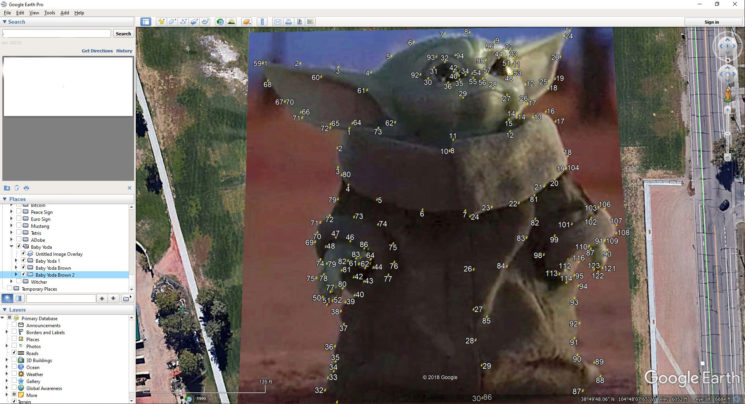 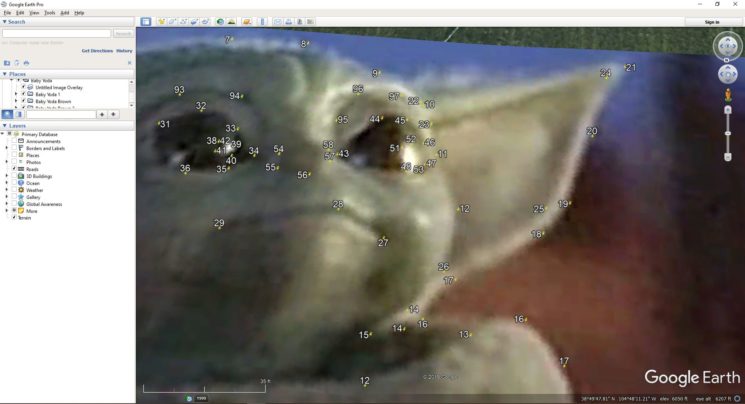 Even though you may think differently, Baby Yoda was done entirely in-camera. But it took more than one attempt. Russell attached a Lumecube onto his drone and started the flight. Sadly, the drone crashed and ended up with two broken arms. “I have determined that during my first attempt is seems that the mount I was using for the Lumecube was faulty and that is what caused it to crash,” Russell tells DIYP.

Russell’s drone is currently being fixed, but he wanted to try again so he borrowed a drone from his friend. He used a Lumecube Strobe so he wouldn’t crash another drone, and as you can conclude from the final photo – the second attempt was successful.

Russell put his camera on a tripod and shot a single long exposure photo as the drone followed the given path. He changed the color of the light halfway through the exposure, so there are two colors in the final light painting.

In case you haven’t seen The Mandalorian yet, I won’t spoil it for you. I’ll just say that I love this photographic tribute to the little creature that won the hearts of many. If you’d like to try something like this, Russell has shared a great article with DIYP where you can learn how to lightpaint complicated shapes with a drone. Make sure to check out more of Russell’s work on his website and follow him on Instagram.

Use these 5 tips from Yoda to improve your photography

If Spiderman And a Drone Had a Baby, The Drone Catcher Would Be It