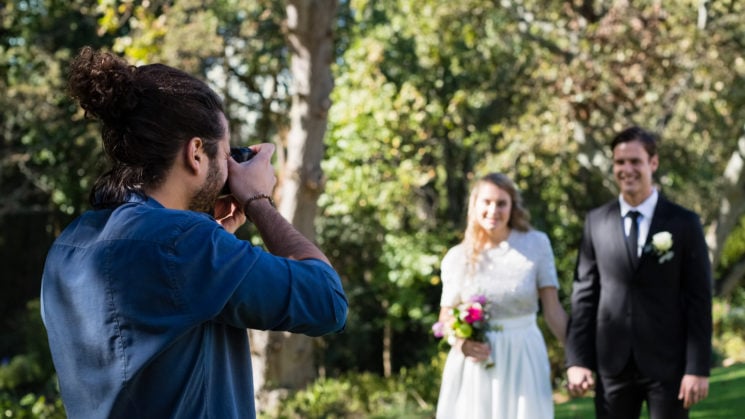 A couple from Canada recently sued a photographer who failed to deliver the photos of their 2015 wedding. The court found the photographer guilty, but also engaged in “deceitful behavior” and “unsavory business practices.” As a result, the court ordered him to pay $22,000 to the couple.

Kaman and Ramandeep Rai from Surrey hired Aman Bal to shoot photos and videos of their wedding back in 2015. According to the Vancouver Sun, they had ordered an “$8,500 platinum package.” They paid the $1,500 deposit before the ceremony and the remaining $5,000 after it, according to the lawsuit. However, Bal has failed to deliver the photos and videos for six years now.

According to the lawsuit, Bal has been a professional photographer for 15-20 years. He has mainly shot music videos and fashion shows, but he also did weddings. He has worked as a sales representative at a paint company for the past four years, the lawsuit reads. In his defense, he claimed that he withheld the products “because the couple hadn’t completed the final payment of $3,500.” But the judge didn’t buy it.

“There is not a shred of evidence to support this assertion,” the lawsuit writes.

“In my view, none of Mr. Bal’s explanations is tenable. They can only be characterized as lame excuses. He seemed to be literally making up these excuses in the spur of the moment on the stand. He has not produced any evidence to support any of these assertions, with the exception of the links he provided to the Rais to access the photographs, which they say they were not able to download.”

The couple sued the photographer after reported multiple delays since 2015. But it looks like they aren’t the only ones. The judge noted Bal had been sued five times in civil court between 2011 and 2019. They ruled that the photographer showed a “pattern of deceitful behavior.”

“Mr. Bal’s behaviour is almost a modus operandi for Mr. Bal’s business – a pattern of deceitful behaviour that frustrates innocent people to the extreme that they just give up and walk away with whatever they can get back from Mr. Bal. I have no doubt Mr. Bal was hoping that the Rais would also cave and walk away with whatever he offered them. Obviously, that did not happen.”

Further on, the judge writes that the court “must denounce such behavior,” and deter him from “further victimizing others from his unsavory business practices.” Obviously, the judge ruled in favor of the couple, and rightfully so.

The verdict is that Bal should pay the Rais $7,000: that’s the cost of having the raw footage and photos turned into albums and other keepsakes by another photographer. But also, he is ordered to pay them another $10,000 for mental distress and $5,000 in punitive damages.