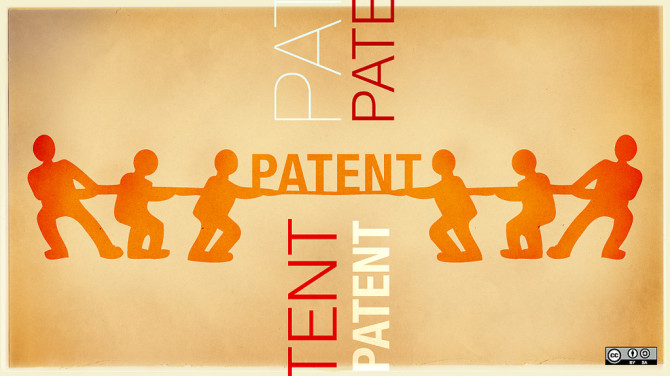 ‘The Electronic Frontier Foundation (EFF) has agreed to take on the case of Ruth Taylor, an photographer who runs the website BytePhoto.com. Taylor is being sued by the owners of Garfum.com for running photography competitions on her own website. Garfum claims to hold the patents (US Patent No. 8,209,618) on online photo competitions.

Before she found out about the EFF, she spent several months attempting to fight the legal case on her, but exhausted all her financial resources. At that point, Talyor had become even more infuriated at the idea that someone could hold a patent on online photo competitions that she decided she didn’t want to pay Garfum any money, even if the amount she was being sued for was reduced to $500.  On principle alone, Taylor refused to settle. “It seemed like a scam…How could you have a patent on a contest?’ I’m not a lawyer, but it’s not logical.” Taylor said.

“Even if we were only going to pay $500, I was still outraged,” she said. “All that meant is I would be buying in to this whole mess. I kept thinking, ‘If I let this happen, there are others after me who are going to be sued. Some of them could be websites run by my friends. I couldn’t let that happen.'”

She spent countless sleepless nights researching all her possible options, despite facing bankruptcy. Eventually, she came across United Patents, who put her in contact with the EFF. Taylor’s case marks the first time the organization is representing a patent defendant, though the organization does a have a long running history in patent reform advocacy. They have partnered with a San Francisco law firm, Durie Tnagri to assist with the case.

Daniel Nazer, a representative for the EFF, told ArtsTechnica:

“Our client has been running ‘vote-for-your-favorite-photo’ polls for years, just for fun and the love of photography. The idea that you could patent this abstract idea—and then demand a settlement to go away—goes against both patent law and common sense. Patent bullies sue with weak patents and pick on defendants that can’t afford to prove their innocence.”

The EFF has issued a motion to dismiss the case, in which they cited:

“Competitions determined by popular vote are not specific to the Internet or computers. Garfum might argue that features like a ‘user interface’ or ‘media player’ render at least some of its claims sufficiently concrete for patent protection. But courts have repeatedly rejected similar arguments.”

You can read the EFF’s counterclaim, here.

[ via ArtsTechnica | Photo by OpenSource.com ]

« How To Create The Adidas Lighting Effect In Camera
The Canon 5D Mark IV Will Be Very Controversial If These Specs Are True. 4K Included. »