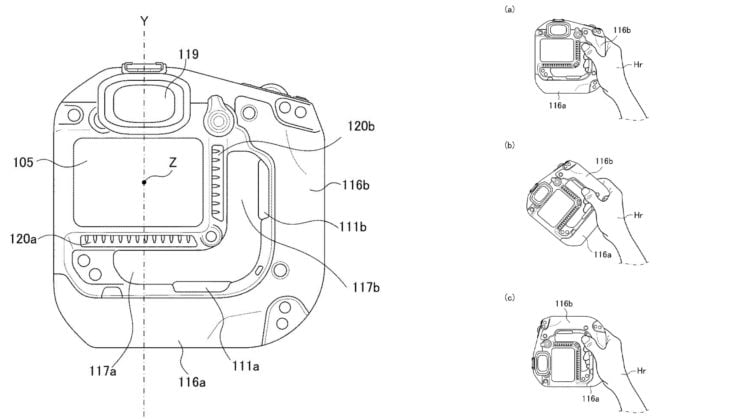 Canon has filed a new patent in Japan that shows a pretty unusual mirrorless camera body. It comes with an integrated grip with a pass-through, and it’s designed so that you can shoot both horizontally and vertically.

The patent is filed under JP,2021-117300,A. From the illustrations, we can see that the camera looks like the EOS R5– only significantly bigger. The grip has an open space that lets you firmly hold the camera, and you can easily turn it both horizontally and vertically.

On the one hand, it seems like a good idea to have the grip integrated into the camera, especially if it provides more battery power like a regular grip does. But on the other hand, why make a small mirrorless camera as big as a DSLR without the option of removing the extra bulk? Of course, this is only a patent for now and we don’t know when and if it will become a part of a future Canon mirrorless camera. But they might be onto something with this idea, so – who knows?

« Photographer fails to deliver wedding photos; gets a $22,000 court order
What I learned during quarantine: Shooting watches with the Hasselblad X1D II and Godox V1 flash »