Unfortunately, accidents do happen, even in the world of photography. Sometimes they incur only minor setbacks, sometimes it’s very costly. And, other times, they can be life-threatening. That is the reality for photographer Helmut Montoya and a production assistant who were both injured on Tuesday when a photo shoot in a Fort Lauderdale junk yard went awry causing an explosion. According to sources, the crew was using candles on set, and it is believed that the flames incidentally ignited lingering fuel vapors in nearby cans, setting things off.

“He’s got a fever because his body is trying to fight the burns,” stated Montoya’s wife while speaking to a news crew outside the hospital. She called the incident a “freak accident” and hopes for a recovery of both her husband and his assistant. She claims that “everything was approved” and there was not illegal trespassing involved. 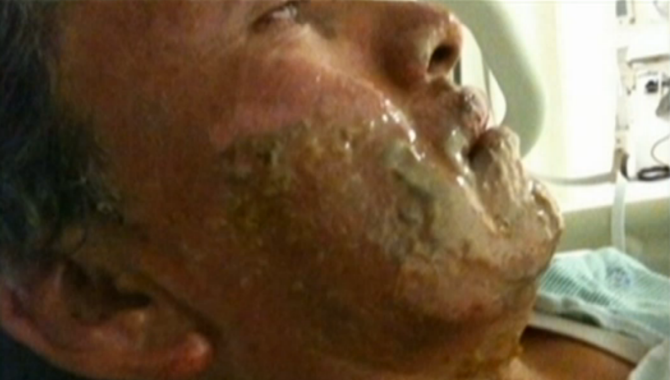 While Montoya may have a long and painful recovering ahead of him, his assistant is fighting for her life. According to NBC Miami, the injured PA and mother of two was trapped under a vehicle and unable to escape despite Montoya’s attempts to rescue her. Still in critical condition, it was confirmed that she suffered severe burns over 85% of her body. Statistically, burns over 80%-90% of the body surface have a 73% mortality rate.

We have all been enthralled by the dynamic images of extreme photo shoots, and I’m reminded of many fire-inspired shoots I’ve seen from Benjamin Von Wong. But, no image is worth risking the lives of others, whether they be models, assistants, or yourself. All possible precautions should be taken. As the photographer in charge of a set, it is your responsibility to not make last-minute unsafe requests of those involved. And, when potentially-dangerous scenarios are in play, all parties should have a clear understanding of the situation, the risks, and their respective responsibilities as it relates to their safety and the safety of those around them.

My advice is, if you are planning a shoot that involves some hairy situations, get some legal counsel and be sure that everyone is adequately informed and has signed paperwork stating their informed consent. You don’t want to put people on the spot the day of your shoot.

I am in no way saying that there was any willful negligence or stupidity involved in this particular case. Freak accidents happen, and we hope and pray for a full recovering. But, when an accident can be avoided, it is your responsibility to take the steps necessary to do so.

This photographer has built a business around penis fashion photography…seriously

« Enrapturing Portraits Explore The Athelticism, Strength, And Form Of Dancers
Pandora dSLR Optimizer Could Be the Answer for Guerrilla Filmmakers…Or, Perhaps Not »