If there’s one thing that is a pain for dSLR filmmakers, it’s all of the little limitations that go along with the format. Having to dig for memory cards, swapping batters (seemingly) constantly, having to record audio on an external source to get decent quality, etc. That is where the creators of the Pandora DSLR Optimizer drew their inspiration for creating a one-stop-shop for on-the-go budget filmmakers.

Though still in the crowdfunding stage, this gadget has a lot of potential to either be the mother lode of dSLR video gear or a complete bomb.

The idea behind the DLSLR Optimizer was convenience and portability while overcoming common hurdles associated with using these small wonders in place of large and expensive video cameras. It brings portable power, direct-to-camera audio capabilities, and [allegedly] convenient stabilization. 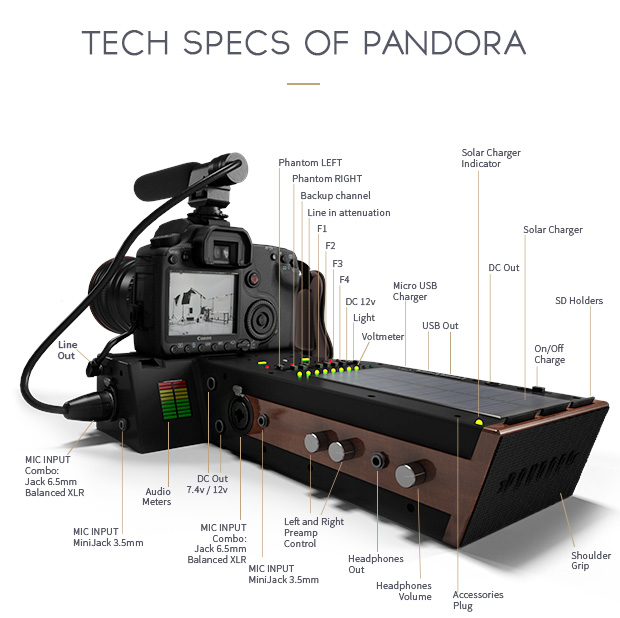 And, all of this weighing less than one pound.

Perhaps I just like raining on people’s parades, but I can’t say that I’ll be rushing to grab one anytime soon.  While the makers intended for increased ergonomics, allowing you to keep your right hand on the camera controls at all times, I really don’t see how this could be overly user-friendly in that department.  The base model, which doesn’t come with a dedicated shoulder rest, doesn’t appear like it would provide much more stabilization that what could be achieved with some skillful handiwork. 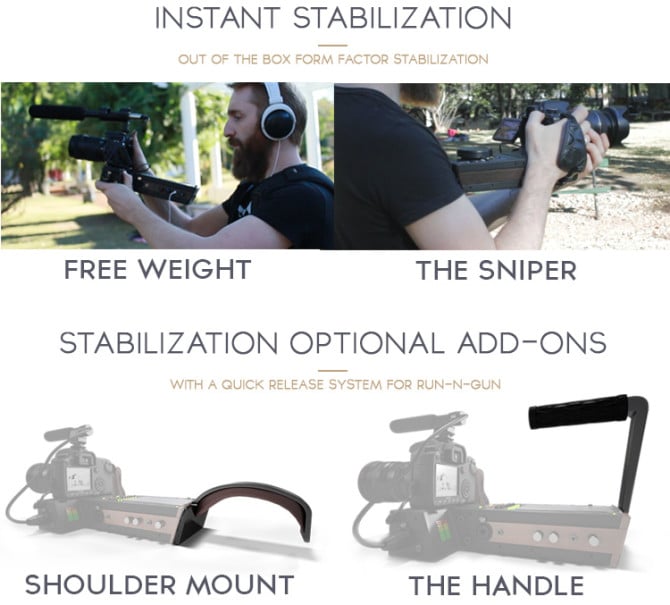 I’m not real impressed with the stabilizing selling point that they are trying to push in the video below. Perhaps my expectations are too high, but when someone starts pushing a product with stabilization as a main feature, I expect effortlessly-placid camera movements.

When I first saw images of the product with the SD cards sticking out of the back, I was excited at the thought that they may have found a way to achieve continuous recording, writing to the next card in line as one filled up.  However, these are just HOLDERS, meaning you slip your cards in there and manually swap out when needed.  In theory, this could be great.  However, one thing worse than having to pause a shoot to swap cards is LOSING a card with vital footage already on it.  It is not specified whether the cards are held in by titanium grips or an army of miniature fairies, but this would be a major concern of mine in using the Optimizer.

I also have to wonder, is the convenience of not having to sync audio in post production worth the potential hassle of using this rig?  If you are already recording from a camera-mounted recorder, is it really all that bad to made up the high-quality audio with the low-quality camera audio after the fact?  Again, you’re recording the audio from the same vantage point either way.

Price.  For me, most every decision comes down to a balance of price and value, and at this point in life, the $799 price tag is probably enough to keep my cheap ass at bay.  Those interested can still reserve one with a $399 pledge through Pandora’s Indiegogo page, but I’m not one to hand out money on pure speculation. 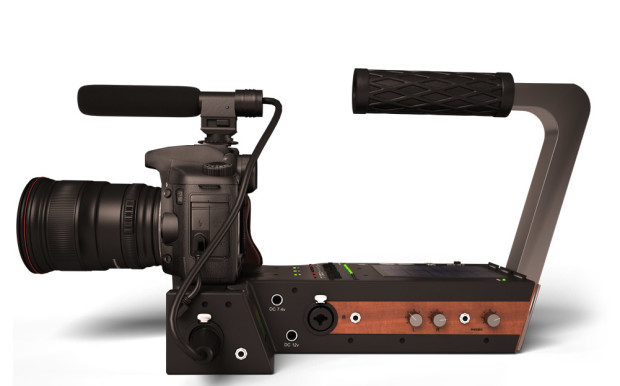 As I said before, this could end up being an awesome piece of gear, or it could be a flop, and I’ll be interested to see which way it goes.

What Happens When You Provoke the Guerrilla