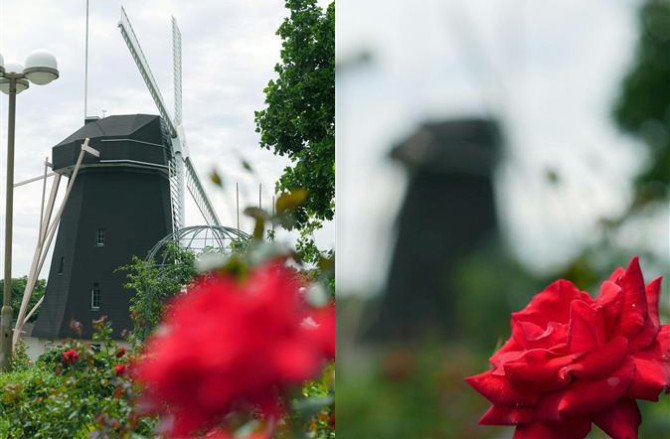 We’ve seen previous unveilings of post-focusing cameras, such as the Lytro Illum, which allow the user to change the focus of the image after it’s already captured.  And, a year ago, Sony even jumped on the bandwagon by acquiring their own patent for similar technology.

Now, according to reports, all Panasonic 4K-compatible cameras released in the next year will have built-in focus adjustment capabilities.  Booyah.

In a recent article, SankeiBiz claims that Panasonic has developed a camera that essentially shoots a series of images while moving the focus…kind of like in-camera focus stacking.  While this seems all great, and everything, there are a few concerns I have.

As we saw when the Lytro Illum was released, this type of technology comes at a [figurative] price, and that price is quality.  First off, every camera has a narrow band of sharp focus.  So, sure, you can stack multiple “in-focus” images on top of each other, but the position of the lens isn’t changing.  So, if you’re wanting to “re-focus” toward the edge of an image, you aren’t going to be able to replicate the same clarity that you would at the center.  As one commenter cynically remarked, “Right now its more of a matter of ‘Pick your bokeh.'”

Secondly, the Illum produced a final re-focused/flattened image of 4 megapixels.  Yes…in today’s world of ever-increasing pixel density, the camera was somehow stuck back in 2004.  Perhaps Panasonic has found a way to increase final image size (and, and we hope so!), but that remains to be seen.

So, is it truly a great product or simply a sales gimmick at this point?

Cameras like this also come at a literal price.  When the Illum hit the market, it’s estimated retail price was around $1,600…for what amounted to a 4MP camera.  And, it still retails for around $1,300 a year later.  So, unless Panasonic somehow revolutionizes this technology or brings it down to an affordable price point, I don’t foresee many consumers rushing out to buy a camera JUST for this feature.

Yet, despite what we’ve seen in the past, there could be great hope for Panasonic’s new lineup.  Their new cameras will allegedly rely on 4K video capture to create these images, meaning that the quality stands to be substantially better than other cameras with similar features.  If THAT is the case, then I could see this being a huge hit.

As this point, though, there’s no additional details about upcoming releases or pricing for any of these cameras.

I just can’t wait until they combine this technology with immersive movies or, better yet, virtual reality gaming that gives players the ability to change their focus while looking around a scene, similar to how the human eye actually works.