I’ve had hard drives crash, and chances are, so will you.  But it wasn’t a hard drive crash that left Montreal photojournalist Jacques Nadeau depleted of his life’s work.

Earlier this week, a thief (or thieves) broke into Nadeau’s home and stole five hard drives with an estimated total of 30,000 to 50,000 images captured over Nadeau’s 35-year career.

“People can take anything here in my house but not that, not my pictures,” said a dismayed Nadeau who plans to start rebuilding his portfolio.

Backing up is great, but…

We hear a lot in the industry about backing up our photos, duplicating files in the field, and workflow redundancy.  But, that isn’t enough.  As this tragic incident exemplifies, all the backups in the world won’t make a difference if they’re all sitting in one place.  What happens in the event of a fire?…or a flood?…or a break-in?

I’m a huge failure in this regard.  My goal is to regularly dump files onto external hard drives that then get physically stored off-site, like in a safe deposit box.

Last year I had a huge scare.  Due to a series of storms rolling through our area, we had out power thoroughly knocked out about 36 hours.  I borrowed a generator from a friend (because I have yet to buy one, even after countless outages over the years), hooked it into my panel box, and threw the switch.  While checking things around the house to make sure they were working, i saw smoke curling out from my office desk.  Panicked, I rushed over to find the cord on one of my hard drives (containing a lot of valuable data that wasn’t all backed up yet) melting.  I was afraid I had lost it all.  Fortunately, after replacing the cord, I was able to bring everything up without a problem.  (Still not sure what caused it…)

Instances such as that, or like Nadeau being robbed, make a strong case for having physical hard drives stored elsewhere.

Sure…but it can be a pain.  Depending on the amount of your data and your Internet connection, it can take a figurative or literal eternity to backup your files initially.  But, it’s still a very viable option that’s work exploring.

When all else fails, it’s always great to have physical copies of your images in the event of a disaster.  However, as Nadeau discovered, if they’re in the same place as your hard drives, it might not make a difference.  Along with his hard drives and TV, he lost physical copies of some of his best work, including a black and white iconic photograph of former premier René Lévesque playing pool.  “I have 20 prints [of that photo] in the world, just to give to my friends,” Nadeau said.

I can only begin to imagine what he must be feeling right now, and I can only hope that his images are somehow recovered.  Yet, if nothing else, at least let us take a lesson to implement and utilize a bulletproof backup workflow…and not be so darn good at our jobs that our work becomes the target of those who go bump in the night.

Video shows photographers robbed of $7,000 in smash & grab while stuck in traffic 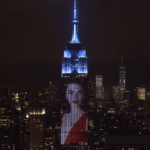 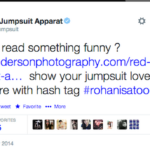