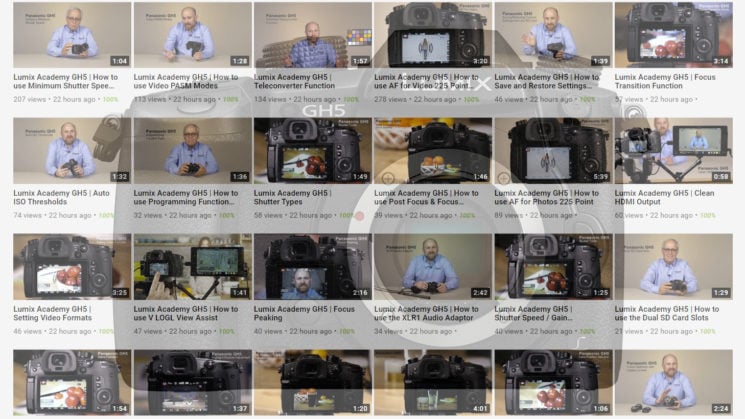 Panasonic has just unleashed a torrent of educational and tutorial videos on YouTube for the Panasonic GH5. Although such content is never unwelcome, the timing is a little odd. Why release this content now when the GH5 has already been available to purchase for three and a half years?

To me, it means one of only two things. Either they’re getting ready to unload a new firmware that’s going to add a bunch of cool new features (RAW over HDMI?) and they think the camera will become popular again… Or, they’re trying to get it all out of the way now because they’re about to announce its successor; The Panasonic GH6. Of course, both of those assumptions could be wrong, too.

We know that Panasonic is working on a GH6 and that they intend to release it at some point because they’ve basically told us. They’ve said that they’re not giving up on Micro Four Thirds, although there have been a few rumours that they’re going to lead more towards vlogging with their MFT system, rather than serious content creators.

Others believe that Panasonic still continue the legacy left by the GH5 and GH5S as serious video tools, despite branching out into full-frame with the S series, so I guess we’ll see.

For now, though, if you’ve got a GH5, or you’re thinking about picking one up once the used market becomes flooded, these videos should help to answer some of your questions and show you how it all works.

« Google Photos wants you to train its algorithm for free
The axiiio nano is a complete compact, modular and expandable motion control system »