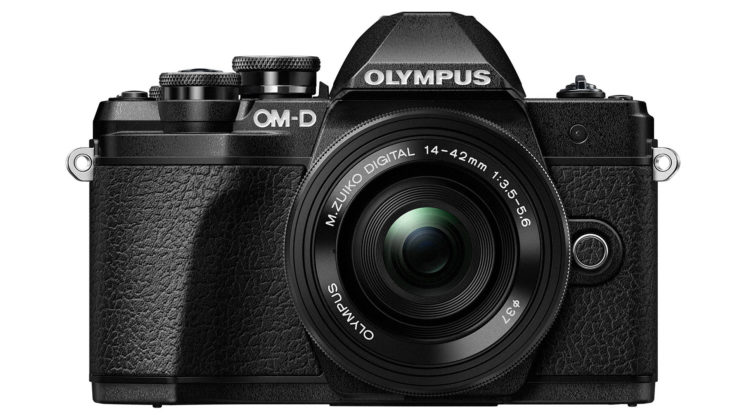 While the Olympus name is maybe going away, it’s not gone yet and it’s been said that they still have another camera and lens to release this year. Now it looks like we know what they both are, how much they’ll cost and when they’re expected to be released.

Both of them are expected to be announced this year and to start shipping a couple of months from now. The camera will be the Olympus OM-D E-M10 Mark IV, following up to 2017’s OM-D E-M10 Mark III, while the lens will be the M.Zuiko Digital ED 100-400mm f/5.0-6.3 IS, for which there was a development announcement last November.

According to PhotoRumors, the new Olympus OM-D E-M10 Mark IV will come in two colours – either black or silver – and will be available as a body-only package or with the M.Zuiko Digital ED 14-42mm f/3.5-5.6 EZ kit lens. They say that the body-only and kit lens packages will cost $699 and $799 respectively and that they will begin shipping on September 25th.

It will be interesting to see how much of a factor video is in the E-M10 Mark IV. Olympus has alluded to videographers in a previous announcement, so I’m curious to see if the new camera actually does start to cater more to the video side of things.

The lens to be announced is the M.Zuiko Digital ED 100-400mm f/5.0-6.3 IS. We already knew this lens was on the way at some point because there was a development announcement last November and Olympus put it on their roadmap back in April. Photo Rumors says that it won’t cost “more than $10,000“, though, but a much more reasonable $1,499. On the 2x crop of the Micro Four Thirds sensor, that gives a field of view equivalent to 200-800mm on a full-frame body, which will be fantastic for sports and wildlife shooters. 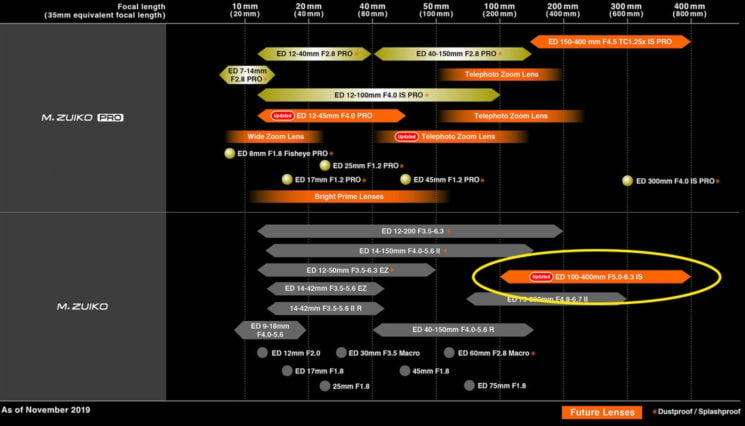 The 100-400mm lens, too, is also expected to start shipping in September, but a little earlier than the camera, on September 8th. This means we can possibly expect the announcement for the lens to come a little ahead of the camera, too.

Also, it appears that Olympus has updated their roadmap. You can see that there’s a slight difference between the one above from November 2019 and their current roadmap. Yes, they’ve swapped out the generic “Wide Zoom Lens” for a more specific “ED 8-25mm f/4.0 Pro”. I’d be curious to see if the Panasonic shooters pick this one up as a constant aperture vlogging lens, despite the apparent lack of stabilisation. 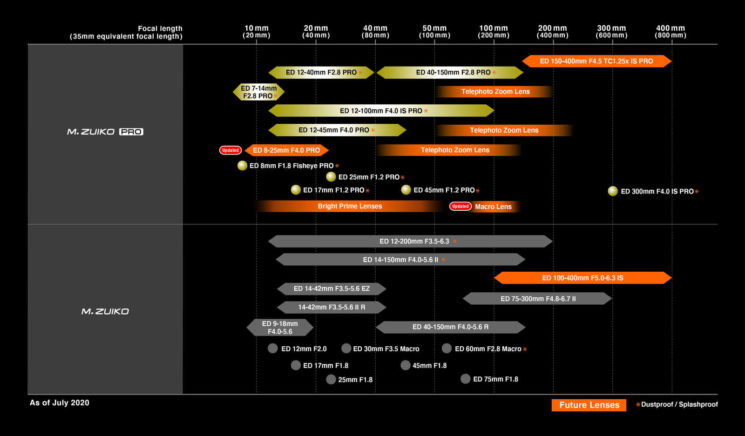 You might have also spotted that they’ve added a Macro Lens around the 100mm region to the list as well. So, perhaps there are yet more lenses to come before the transition to JIP is completed. Or, perhaps these are the lenses that JIP hopes to re-launch with once the full acquisition is done.