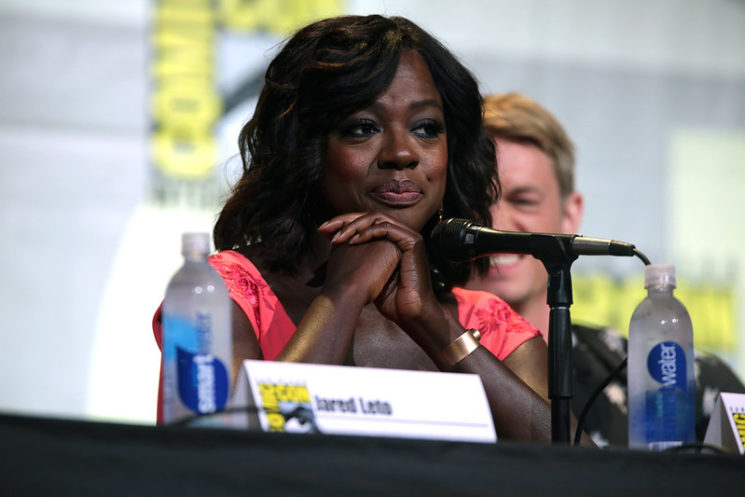 While Vogue is being slammed for not hiring a Black photographer for shooting its August cover, Vanity Fair seems to have made a good choice. For the first time in its 35-year history, the magazine hired a Black photographer to shoot its cover photo. It was shot by Dario Calmese, featuring the amazing Viola Davis.

The Oscar-winning actress is featured on the July/August cover of Vanity Fair, and Calmese took a few more photos to follow the interview she gave for the publication. “To the best of our knowledge, it is the first Vanity Fair cover made by a Black photographer,” writes Radhika Jones, Vanity Fair’s editor in chief in her editor’s letter.

“For most of the magazine’s history, a Black artist, athlete, or politician appearing on a regular monthly issue of Vanity Fair was a rare occurrence. In our archives, excluding groups and special issues, we count 17 Black people on the cover of Vanity Fair in the 35 years between 1983 and 2017.”

While this is Dario Calmese’s first Vanity Fair cover, it’s not his first assignment for the publication. he photographed a feature on Billy Porter last year, which was his first assignment, following photo shoots with the actors George MacKay and Adrienne Warren. “This is his first major magazine cover, and we celebrate him and honor his vision at this heightened moment in American history,” writes Radhika Jones.

The photographer describes his concept as “a re-creation of the Louis Agassiz slave portraits taken in the 1800s—the back, the welts. This image reclaims that narrative, transmuting the white gaze on Black suffering into the Black gaze of grace, elegance, and beauty.” He sees these images as his own protest, and so does the actress who posed for him:

“I feel like my entire life has been a protest. My production company is my protest. Me not wearing a wig at the Oscars in 2012 was my protest. It is a part of my voice, just like introducing myself to you and saying, ‘Hello, my name is Viola Davis.’”