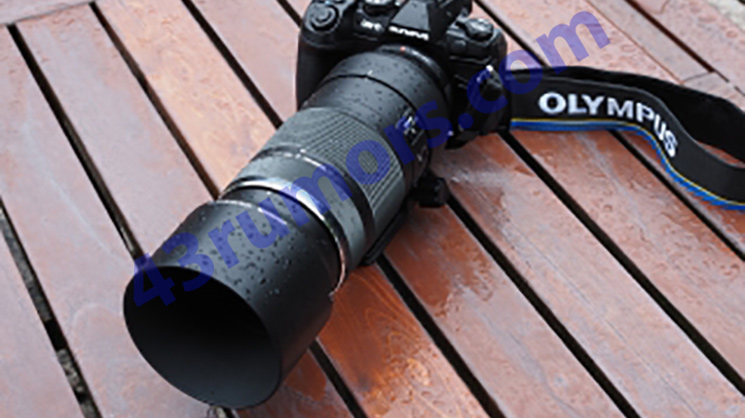 The Olympus 100-400mm f/5.0-6.3 IS lens was added to the Olympus lens roadmap in November 2019, and in April of this year, an official release announcement was rumoured. It was rumoured again in July not long after it was announced that Olympus is selling up to JIP. While there still doesn’t seem to have been an official announcement, it seems like it’s well on its way.

Now, photos of the new lens have leaked, courtesy of 43Rumors, including at least one showing it in use in the wild. Several others are promotional images, and there’s also one image showing some specifications. 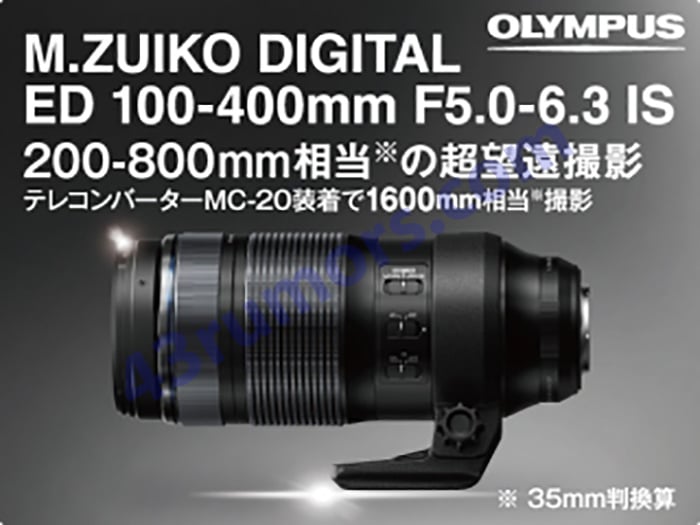 Again, there’s been no official announcement yet, so there’s no realistic release date yet, although there does seem to be a price. One of the images lists a price of ¥180,000 which equates to around $1,700 US. It also shows ¥198,000, which presumably will be the cost in Japan including tax. But it does reveal some other specs about the lens, too (we’ll update this table as we find out more).

43Rumors says that the images came to them from an anonymous source, and they appear to believe that they are genuine rating them as an “FT5” rumour. Of course, they don’t really have any reason to doubt them. The promotional photos show the lens mounted to various Olympus camera bodies.

There are a few more images over on 43Rumors, so be sure to head on over to check those out. Hopefully, now that images starting to leak, this means we might actually be close to finally hearing an official announcement. I expect it’ll make a lot of Olympus & Panasonic wildlife shooters very happy!