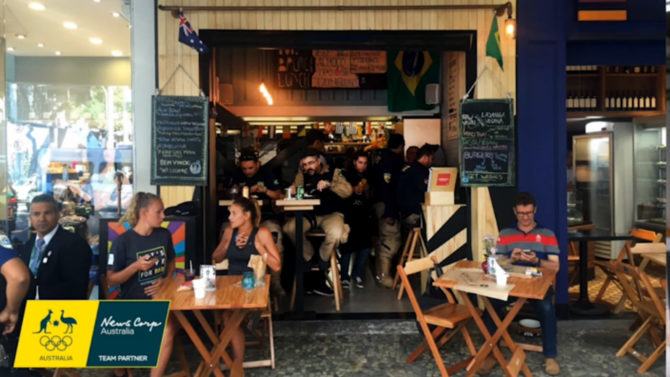 As this year’s host of the Olympic Games, it’s not a surprise that Rio currently contains so many photographers. With a lot of photographers come a lot of expensive kit. This has not escaped the notice of local criminals.

News Corp photographer Brett Costello just discovered this, when $40,000 worth of equipment went missing from right beside him. In a well planned and coordinated effort, it took only 10 seconds for his gear to vanish.

After having photographed Australian sailer Matthew Belcher, Brett went to a nearby cafe with colleagues. In an interview with The Daily Telegraph Australia, Brett recalled the details of the incident.

I was ordering coffee, one of the journalists was at the front. I was with my camera gear beside me. All of a sudden, a woman came out and asked me a question.

I turned briefly this way, for probably ten seconds, and when I turned back I felt something was not quite right. My Think Tank camera bag with all my gear was gone.

At first he thought one of his colleagues had moved the bag or was keeping an eye on it elsewhere. After checking with the other photographers and journalists nearby, they realised it was missing. None of them had seen a thing. 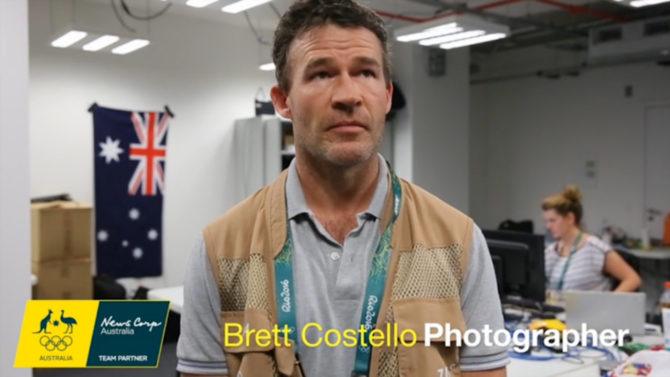 He believes there was a crew of probably 4-5 people to have been able to do this. One to distract, one to drive, one to take, and one or two more to run interference with potential witnesses. Although the crime may have been opportunistic, the method seems well planned.

Brett told The Daily Telegraph that the police weren’t surprised. He also doesn’t hold much hope of ever seeing his gear again.

It’s one of those things we’ve just got to be so aware of and never take your eyes off your gear.

It’s a valuable lesson for all of us. No matter where we are or how much gear we’re carrying, we’re a potential target for thieves. Always be vigilant of your surroundings.

I make it a point to always keep my bags and equipment in my sight at all times if random people are nearby. Just knowing that somebody’s watching will often deter thieves. So, it’s become standard practise if I’m on my own.

You can watch Brett’s full interview on The Daily Telegraph Australia website.

I suppose on the positive side, it does demonstrate how well Think Tank Photo camera bags help you easily carry a lot of equipment.

Have you had equipment stolen while out shooting? What do you do to protect your gear and prevent theft? Let us know in the comments.