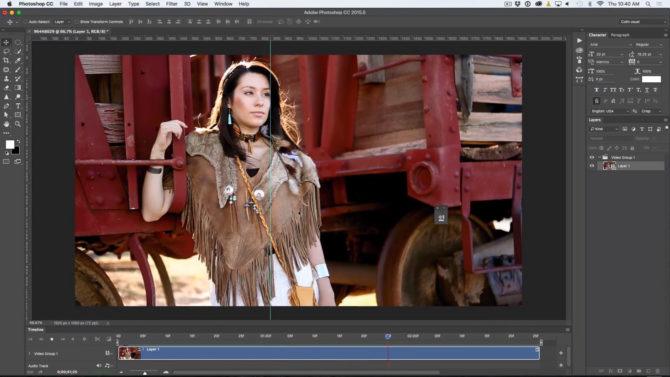 If you haven’t been living under a photographic rock lately, you’ll probably have heard about Plotagraph. It’s a new system which allows you to give some motion to a still. It’s an evolution of the cinemagraph. A hybrid of still image and video. While Plotagraph has had a mixed reception, the concept is still a popular one.

Unlike Plotagraph, cinemagraphs are made from a video clip, not just a single still image. So, there’s a little more work involved in their creation. But, with the help of this video from PhotoshopCAFE, Colin Smith walks us through the entire process. The best part about it is that it can all done within Photoshop.

I’ve had a go at making cinemagraphs before, to learn and understand the process. I used Adobe After Effects for mine, and hadn’t really considered using Photoshop. After Effects exists for projects just like this. It contains many tools to help simplify the process. At the same time, though, it can be more cumbersome to work with, especially if you’re already comfortable with Photoshop.

Whichever software you use, the basic process is roughly the same.

Watching Colin’s video, the process does look much faster and simpler in Photoshop than it is in After Effects. It also works in versions of Photoshop as far back as CS6, although the UI might be slightly different.

Have you made any cinemagraphs? Have you thought about giving it a try? Let us know in the comments and show off some of yours.

How to make an epic animated cinemagraph while stuck indoors

« Movie director Kevin Smith shows us how to perfectly deal with critics and haters
Olympics photographer has $40,000 worth of gear stolen in 10 seconds from a cafe in Rio »