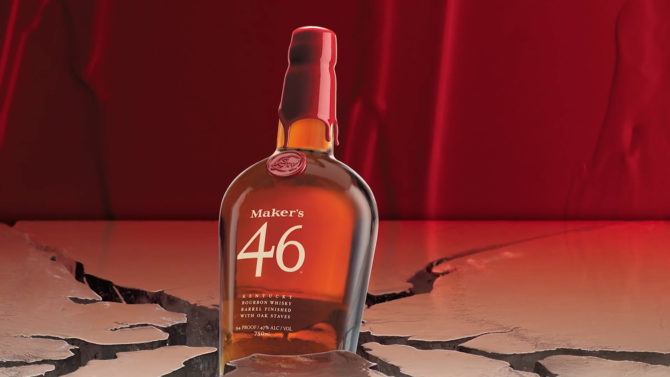 When I first saw this one I thought that it had to be CG. I was wrong, very wrong. Built around a giant ice cube, this is actually a very intricately designed photograph.

In this video, Resource magazine go behind the scenes with photographer Adrian Mueller, giving some great insight. Using a variety of lighting and prop making techniques, the final result is simply amazing.

Adrian used a Hasselblad H1 canera with a Phase One P45 digital back. Using the same equipment over several campaigns gives a consistent look throughout. So, consistency was the key gear motivation.

The idea for the shot was to have it look like it was on a frozen lake. They started with a block of ice about 3ft square and 6″ thick (1m x 1m x 15cm). The ice was then cut and carved to mimic natural ice cracks. These cracks and crevices were then lit separately from the product. To really make them stand out. 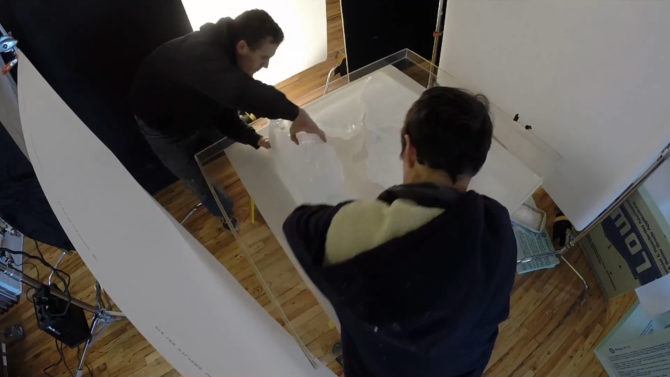 The video shows the whole crew dressed for winter weather. Despite being shot on one of the coldest days in New York, prolonging the life of the ice was still a problem. The heating turned off, the windows open, and the AC on all to try and keep the room as cool as possible. Anybody who’s stood under studio strobe modelling lights will understand just how easily ice might otherwise succumb.

Of particular interest to me was the creation of the background. Much easier than trying to carve your own ice. Dripping hot melted wax over a sheet. 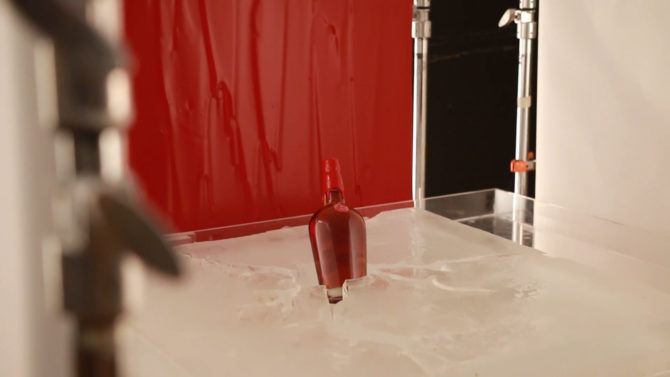 I’ve seen backgrounds like this before in photographs, but I always assumed it was layers of thick paint. Using wax is so much simpler, and faster to dry. I imagine, it wouldn’t be any less messy, though.

The final result just doesn’t even look real. Perhaps it’s just the how surreal the ice makes the situation appear. Perhaps it just looks too perfect. Whatever it is, I love the result. 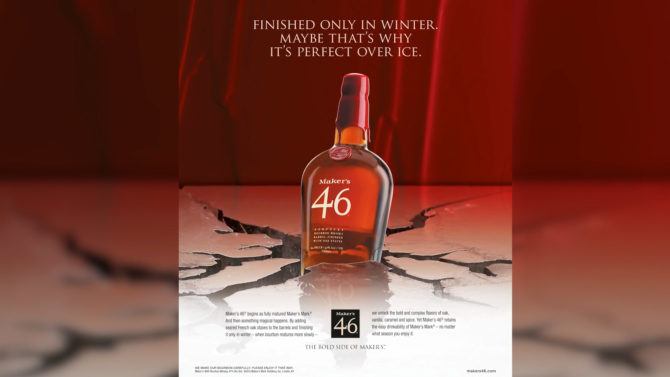 Does the shot work for you? Was it worth the effort to do it for real? Or would CG have been simpler for the same result? Let us know your thoughts in the comments.

If you have a giant phone and shoot on location, you need the Cosyspeed Phoneslinger