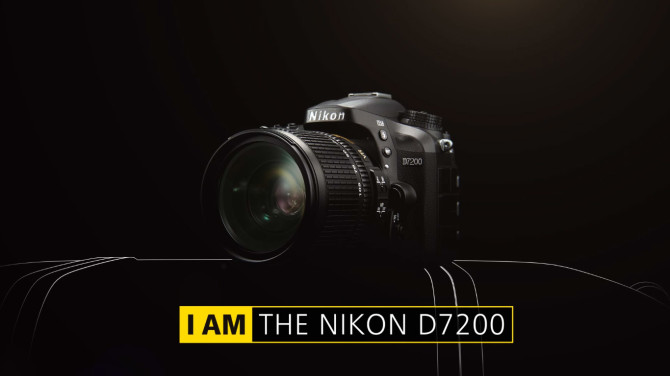 There has been a lot of anticipation and a lot of speculation floating around as to when Nikon would announce the D7200 and what kind of upgrades we would see from it’s predecessor, the D7100. Wait no longer, as Nikon just spilled the beans on it’s newest DSLR. The camera is expected to be available in early April with a MSRP is $1,200 USD for the body only or $1,700 USD with the 18-140mm f3.5-5.6 kit lens. Since I know you’re anxious to see what it all has to offer, let’s cut straight to the chase.

The D7200 also features built-in Wi-Fi and NFC, which Nikon Australia touts as a first for Nikon DSLRs. No more extra equipment (dongles) to buy and carry around. Additionally, the D7200 is equipped with the Expeed 4 processor which reportedly gives the camera a 30% improvement in terms of processing power. The ISO capabilities gained a few strides, too, as the D7200 can now reach an ISO of 25,600. H1 (51,200) and H2 ISO (102,400) settings are exclusively reserved to black and white photos.

Auto ISO support and Flat Picture Control has been added to video mode. I know a lot of folks were hoping for a manual aperture feature while in video mode, but unfortunately, we won’t be seeing it on the D7200. The new camera is capable of HD video of 1080 at 50 fps or 60 fps in 1.3 crop mode–still an improvement over the D7100 which could only record at 60fps at 720. The D7200 also welcomes an in camera timelapse option in addition to the interval shooting mode.

Many were also wishing for a touch screen and/or articulating screen, but the D7200 sees neither of them. Instead, it comes with a standard 3.2″  ultra high-resolution (1,229k dot) LCD screen.

You can read the full comparison and spec sheet over on Nikon’s website. At the time of writing, there was no option for pre-order.