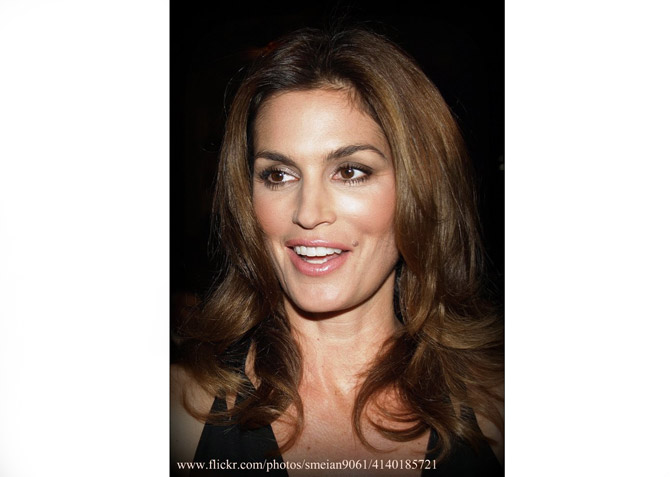 You may recall a couple weeks ago when a photograph of supermodel Cindy Crawford made it’s way around the internet. By modern beauty standards, especially those a model, the photo showed the 48 year old woman to have an unflattering midsection; however, much of the internet perceived the image in a positive light as it helped to break down those very same, and unfair, beauty standards women are held to. The photo was part of a shoot Crawford and photographer, John Russo were doing for the cover of Marie Claire (Mexico) in 2013, which ultimately turned out like this:

In a letter dated February 25th, the lawyers of Russo issued a take down notice asking those who posted the leaked image to remove it immediately, never post it again, and publish a public clarification and apology, as stated in the wording below…

Screencap of the takedown notice mailed to The Telegraph from Russo’s photographer.

In the letter, it was explained that the image was copyrighted material belonging to Russo, which had been stolen from him (by an either unknown or undisclosed person) and was altered to make the model look badly before it was posted on the internet with the headline that it was “leaked” and “untouched”. The lawyers gave the recipients of the letter 48 hours upon delivery to comply with their demands or Russo would exercise his right to sue them for “substantial damages.” A signed statement of truth from Russo was also attached to the takedown notice.

You can read the entire letter, here. In his own effort to disprove the leaked image’s authenticity, Crawford’s husband, Rande Gerber, took to Instagram soon after the alleged photoshopped went viral with this photograph of Crawford sunbathing, showing off the body that helped to make the model famous.

She got flowers and I got her. Happy Valentines Day @cindycrawford A photo posted by Rande Gerber (@randegerber) on Feb 14, 2015 at 6:00pm PST

TMZ, who originally reported the lawsuit threat, says many of the media outlets who received a letter from Russo’s camp are complying with the requests.

« Photographer Projects A ‘Marry Me’ Slide During A Photoshoot. She Sees The LCD And Says Yes!
Nikon Officially Announced The D7200; 24.2 MP, Up To 7 FPS, Expanded Burst And ISO Range »