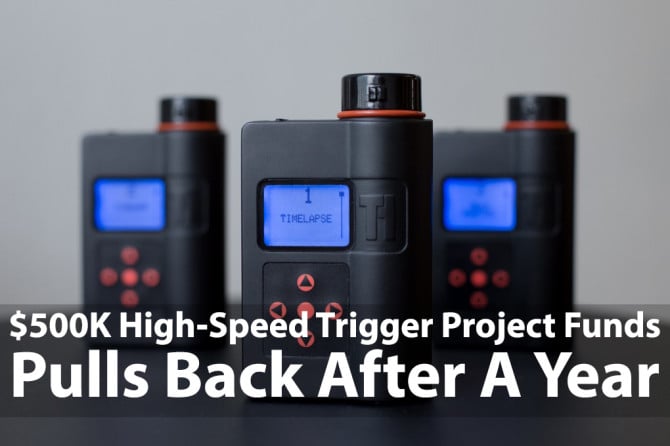 This is an interesting story about how your best dream coming true can turn into your worst nightmare. TriggerTrap who makes mobile camera triggers did the impossible and raised over £290,386 in their Ada kickstarter campaign, this is not trivial at all considering that high speed photography is a bit of a niche. Now a year after funding they are cancelling the project. I think it is a great story about what Kickstarter really is, why it takes so long to deliver a good product and how you handle (or should handle) such a massive fail.

You would think that funding half a million dollars would make almost anything impossible, right? Turns out that even that much money may not be enough when you are making a high-ended-complex product.

I talked to Haje (TriggerTrap CEO) and he shared some painful (and extremely honest) insights about why the project has gone the way that it has. So, back to November 16, 2013, which is when (give or take a day)  £290,386 “magically” appeared in TriggerTrap’s bank account. Well, of course they did not magically appeared. TriggerTrap has developed several products so the market had faith in them + they are one of the most talented marketing gurus I know. No big surprise that they funded so well.

The story so far

Fast forward about a year later and  the team ran into difficulties. Haje shares some of the hurdles the team came by on Medium, here are some of the major ones:

Mistake #1: Picking the wrong supplier.
It turned out that not all of the agencies we chose were a great selection; Cubik, as it turned out, were able to deliver the electronics side of things rather quickly, but the software side of things were letting us down right from the start

Mistake #3: Lack of communications
We said right from the start of Triggertrap Ada that we were going to keep our Kickstarter backers in the loop throughout the project. And yet, we screwed up on that front. Triggertrap’s CTO Matt left the company in May. It was a difficult time for everyone at Triggertrap, but we had to keep moving and focus on trying to get Triggertrap Ada out of the door. At the time, as far as we knew, we were ‘very close’ to being ready to ship… But that wasn’t quite the case.

When I went to see the agencies to see what the status was of the project upon Matt’s departure, I got a very nasty surprise indeed: In the meeting where I expected to go and take delivery of a final version of the prototype, we were told that there was still a lot of work left to be done.

We did a re-estimation of where we were at, and at the end of May 2014, we updated our shipping estimate to October, but sadly that wasn’t the final delay. In August, we figured we’d be able to deliver by the end of 2014. In December, we had more bad news, and re-estimated the shipping date to be May 2015

Sadly, that was not the end of it. Today the TriggerTrap team decided to pull the project altogether.

Finally finishing the software was absolutely worth celebrating, but the celebration didn’t last long: Once we finally had the software sorted, we were confident that the hardware didn’t need any further updates. This meant that we were finally able to finalise the Bill of Materials (BOM), and to get the tooling (i.e. the injection moulding parts) ready to put Triggertrap Ada into mass production. This was the point where we received a final quote from our manufacturing partners. This was the point when it all ground to a halt

The team has an enlightening article over at Medium, but I think those two charts pretty much sums is all up: 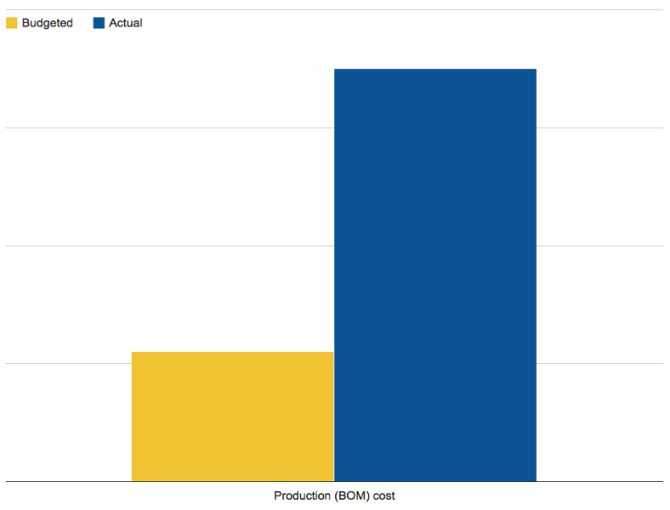 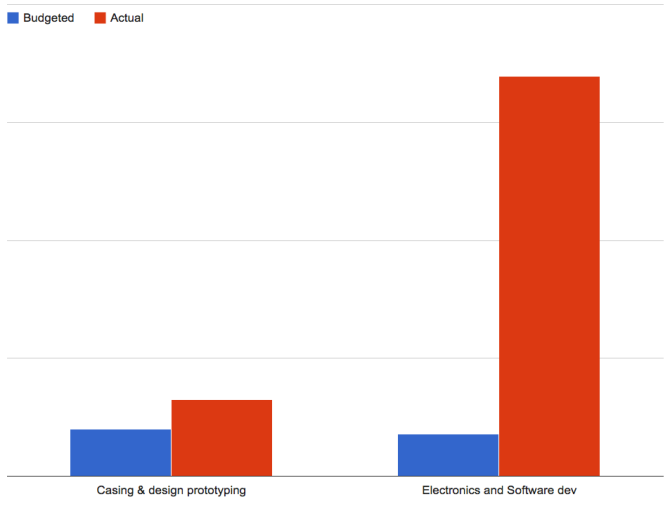 So the project is being pulled away, now what?

well, the major point is that Ada will not be delivered:

But… Triggertrap is a going concern; We have hundreds of thousands of customers around the world, and more than a million photographs are taken with Triggertrap’s Mobile products every month. If we commit to delivering Triggertrap Ada, there’s an extremely good chance that the company won’t survive. If that happens, we don’t just let down our Kickstarter backers; We also let down the six-figure number of customers we have around the world, the Triggertrap staff lose their jobs, and it all grinds to a halt. That simply cannot happen on my watch.

But I also think that the TriggerTrap team is handling this with the integrity and openness that a good brand does. Here is

What it means to Backers

1. Integrity counts – I love the fact that despite the project being killed prematurely, the team is being accountable and trying to minimize the outcome for their backers. I also think that this is the only way to go if you are to run a successful company.

2. will they ever bring another kickstarter project? this is a hard one. I would love to see more big scale products from the team and kickstarter is a good platform for large scale projects, I guess it depends on wether the community will lean towards A – appreciating the integrity and openness or B – be utterly bummed about not getting a product.

3. For buyers: Kickstater is not a store. When you back a project on kickstarter you are essentially buying into a dream. Some dreams never come to life, some try hard and fail. Either way know that it is more of an investment than a purchase.

4. For entrepreneurs: this is a very good example of a project that was ran by a successful company, with relevant experience and still failed. Epically. With $500,000 to run with. Making a product is not trivial and making something for 2,000 people is not the same as making it for 4.

I really want to see what will come out of TriggerTrap next.