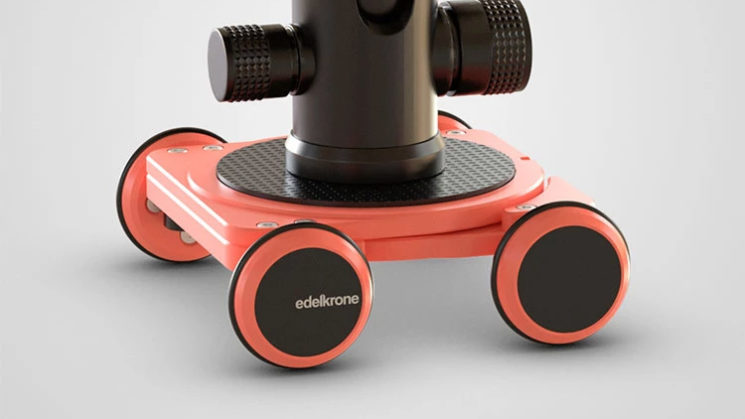 Edelkrone’s decision to start offering 3D printed versions of their products was an odd one, to say the least. Cool, but odd. It’s great for consumers with 3D printers who can’t justify the cost of the originals, but 3D printing still comes with many issues and frustrations. Overall, though, I think the concept is great.

The first project in Edelkroke’s Ortak range, their line of 3D printed “co-manufactured” products, was the FlexTilt Head 3D. It was met with mixed reactions, but overall quite positive. Now, Edelkrone has expended the range with a second product, the Skater 3D. It’s a 3D printable version of their now-discontinued PockerSkater 2 tabletop dolly.

In this product, far more so than with the FlexTilt, we see where the product has undergone a pretty massive design change vs its manufactured and fully finished counterpart. While the FledTilt 3D actually resembles the FlexTilt 2 head, the Skater 3D looks very different to the PocketSkater 2. And given that the PocketSkater 2 is now discontinued, we may see a new regular non-pocket Skater 2 coming soon.

These design changes are to account for the fact that you can’t always directly translate machined aluminium parts directly over to 3D and expect them to print well. But also to account for inherent strengths and weaknesses in 3D printed products. Things like layer orientation and the properties of the material you choose to print them with all have a big effect on how a 3D printed part performs. 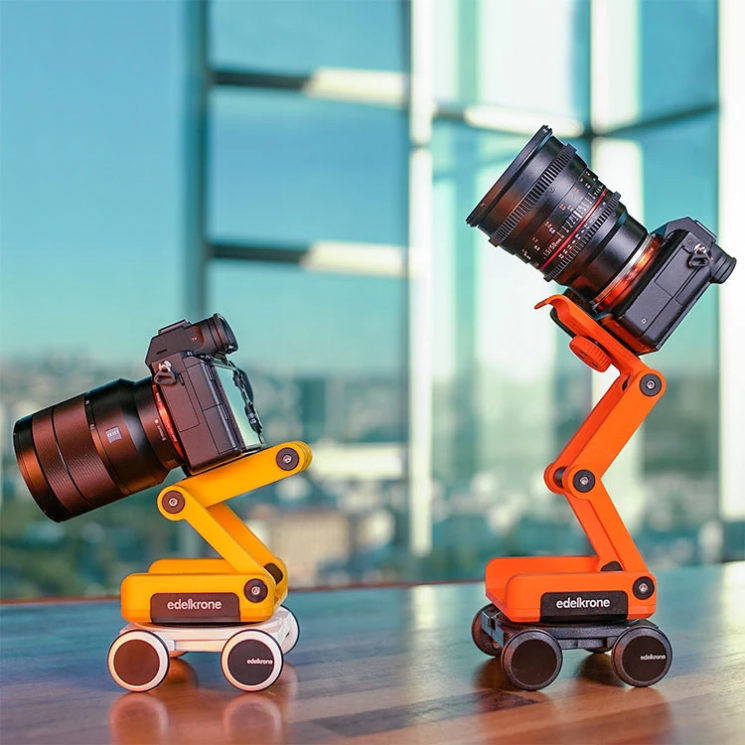 Looking at the imagery for the Skater 3D, Edelkrone clearly intends for it to be used along with the FlexTilt 3D head. But as it has a standard tripod thread on top, you can attach it to pretty much anything, including a ball head as in the image shown at the top of this post.

The construction looks pretty simple, as long as your 3D printer is tuned in and printing accurately. Two of the wheels are adjustable, too, so that you can dolly on a curve, which will be very handy for things like camera orbits around a subject.

I passed on the FlexTilt 3D, but I might just have to order myself a Skater 3D. At a cost of only £27 (+VAT) for the machined pieces, and then printing a few parts, I think it’s worth a punt.

If you want to check it out for yourself, and maybe get one, head on over to the Ortak section on the Edelkrone website.

Edelkrone gear too expensive for you? They have a cheaper 3D printed option now