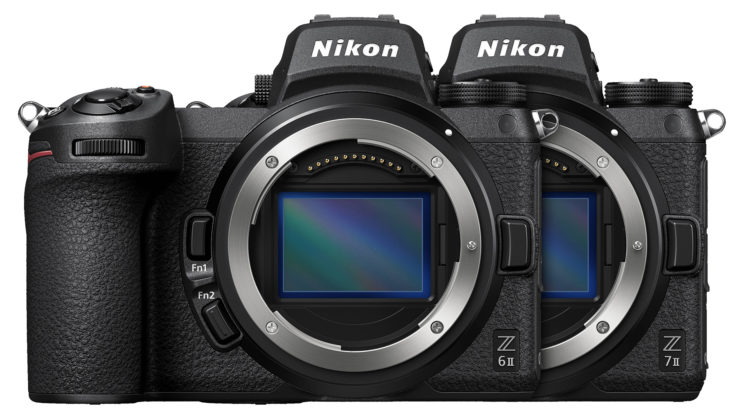 Nikon has now officially announced the rumoured new firmware for the Nikon Z6 II and Z7 II mirrorless cameras. While a complete changelog has not yet been published, and likely won’t be until the firmware is available to download on February 25th, Nikon has mentioned some of the highlights of the new update.

The Nikon Z6 II will, as promised, finally be able to shoot 4K UHD video at 60 frames per second. The RAW over HDMI output for both the Z6 II and Z7 II will now be compatible with the Blackmagic Video Assist monitor recorders, allowing you to record in Blackmagic RAW format. Both cameras also see an update to the AF.

The big one for most will be the autofocus. Specifically, Nikon says that the new firmware update brings “improved pupil detection”. About the improvement, Nikon says that eyes can now be detected when the person is smaller in the frame, either due to being further away from the camera or when using a wider focal length lens.

Exactly how small is something we won’t find out until next week, but I’m sure inevitable comparison videos to Canon and Sony will start popping up on YouTube in no time at all once the firmware’s available to download.

The Nikon Z6 II will be able to shoot 4K 60fps video with the new update, although it’s not full-frame. You’ll be shooting with a DX-based 1.5x crop portion of the sensor and you’ll be limited to “standard” quality.

Both the Z6 II and Z7 II’s RAW video output over HDMI has been expanded to the Blackmagic Video Assist 5″ and 7″ 12G HDR models, allowing you to record footage using Blackmagic RAW format. Of course, it still works with the Atomos Ninja V if you want to shoot ProRes. This firmware update isn’t applied to all cameras, only those that have purchased the RAW over HDMI update.

The firmware will be released at 15:00 (presumably Tokyo time – which is 6am for the UK or 1am Eastern) on February 25th. For now, if you want to find out more, see the Nikon announcement.