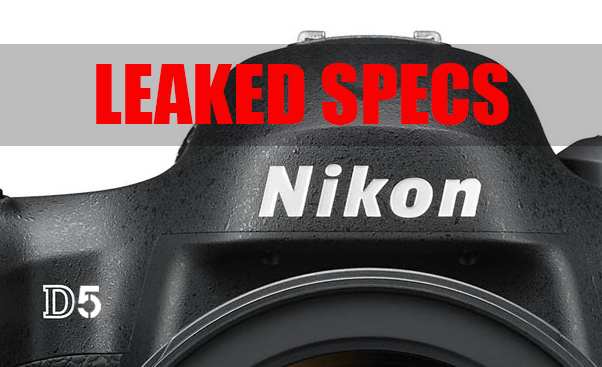 After much speculation, detailed specifications of Nikon’s upcoming flagship DSLR camera have leaked – and it looks promising.

Living up to most of the rumors, the D5 is a speed monster capable of shooting up to 200 14-bit images in continuous mode and has 153 AF points to make sure the photos are all in focus.

Working in extremely low-light situations should also be greatly improved thanks to an extended ISO range reaching up to 3,280,000.

An exact release time has not been announced, but the official announcement is expected to take place within a day.

One of the big question regarding the D5 was whether it would stick with the XQD memory cards or switch to dual CF cards. Turns out Nikon will launch two versions of the camera, each featuring identical dual memory card slots of your preferred format. This might make inventory management a bit more difficult for stores, but will be very helpful for those who are just moving up to the high-end series.

Below are the specs as shared by Digicame-info:

So what’s your take on these specs?