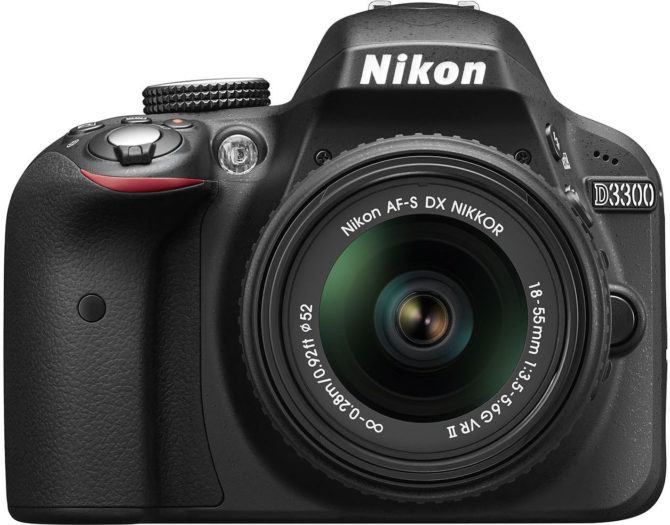 According to Nikon Japan, the Nikon D3300 entry level DSLR has been discontinued (what Google translates as “old products”).  That it’s listed as discontinued before an announcement for its replacement has been made could potentially mean an end to the D3x00 line.

It could, however, also mean that a D3500 announcement is imminent (assuming they’ll skip the “400” marker as they did with the D5x00 and Dx00 ranges). 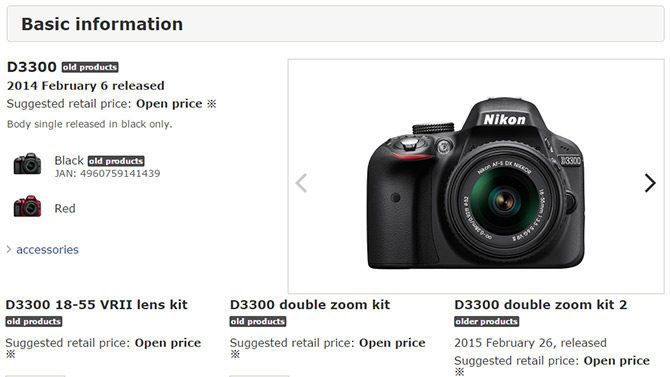 But what could they really do to the D3300 without having its replacement compete with Nikon’s own D5500?

When we look at the differences between the D3300 and D5300, both cameras have the same sensor, same processor, same ISO range, same continuous shooting fps, same build quality, same battery with similar life.  The only real advantages over the D3300 are 14Bit RAW (the D3300 is 12Bit only), 39 vs 11 autofocus points, swivel screen, and built in GPS.

Given that built in GPS was not included with the D5500 it kind of removes it from the equation.  It’s likely this feature will be replaced in all new Nikon camera models with the introduction of their new SnapBridge system.

When we look at the D5300 vs the D5500 the differences are even fewer.  The only practical change is the touch screen LCD and extended battery life, which is likely caused by the removal of built in GPS.

So, all they could really do is give the D3300 a touch screen, pop in the SnapBridge features, and release it as the D3500.  But is this going to be enough?

For those that don’t need instant social sharing or GPS tagging, or at least won’t use them often, SnapBridge isn’t going to be a major selling point, not when SD card readers for both iOS and Android devices are so easily available.

Touch screen?  Handy, sure, but is it going to make D3300 owners want to go out and spend another few hundred $ for one new feature? Probably not.

But, new people are getting into photography all the time, and touch screen capabilities would certainly be a welcome addition for those just getting their first DSLR.

I do wonder, however, if the cost difference between a D3300 replacement and the D5500 will be enough to prevent people from putting down the little extra money and just going for the higher model.

With the D5500 already being out for over a year, prices have dropped substantially from their original cost, so I think Nikon would have to do something very special with a D3300 replacement.

Or, they could just abandon the line completely and make the D5x00 the new lowest entry level line.

It seems other camera manufacturers are struggling with their lowest entry level bodies to keep them current without having them compete with higher models, as Canon’s EOS 1200D (Rebel T5) replacement, the EOS 1300D (Rebel T6) is also pretty much identical to its predecessor, except for the addition of WiFi.

It’s been speculated there, too, that Canon may also be getting ready to drop its lowest level bodies.  Camera owners, even beginners, are demanding so much more from their equipment now than just a few years ago, and many are jumping in with the next model up straight away, so it might make good sense for both Nikon and Canon to do so.

Is there still a healthy market out there for these basic entry level bodies?  Or would they be better off raising the bar and making the next higher range the new lowest end?  Let us know your thoughts in the comments.

« Getty’s leaps head on into the virtual reality market with over 12,000 new 360° images
How to composite a car into a new background in Photoshop CC »